When Is BDS Not BDS? A Vassar Passover Tale 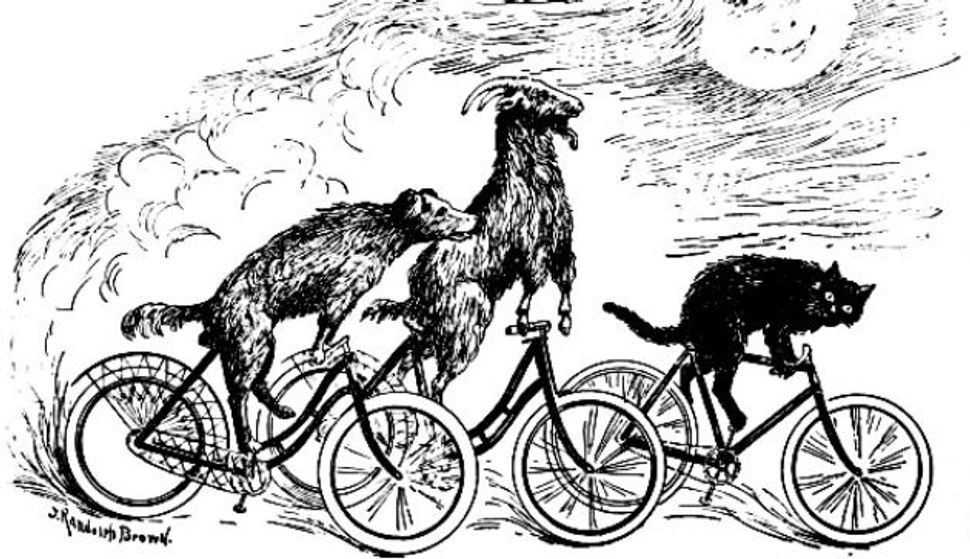 Several alert readers are unhappy with my post last week on the nasty BDS debate at Vassar College. Among other things, I referred readers to a post by the conservative legal scholar William Jacobson on his LegalInsurrection.com blog, providing extensive documentation on the background to the clash. Critics claim I wrongly soft-pedaled the behavior of Vassar history prof Joshua Schreier, director of the college’s Jewish Studies program, who Jacobson claimed supports the boycotting of Israel.

I had highlighted Schreier’s position because it seemed startling to see the director of a college Jewish Studies Program “leaning toward sympathy with the BDS movement” (my words). That struck me as a sign of the times, and an ominous one if you oppose ostracizing Israel. But I cautioned that Jacobson “exaggerates the case” by claiming that Schreier “supports the academic boycott of Israel,” when in fact, the source Jacobson linked to, a feature story in the Vassar student paper, quotes Schreier as “rethinking” BDS, as finding his “opinion evolving,” as “leaning in favor” — everything but endorsing the boycott. It’s all about the direction his thinking is taking. He’s moving toward support, but that’s not the same as arriving there. There’s a difference.

Jacobson replied in the Comments section that Schreier “signed the academic boycott letter, something specifically noted in my post. It’s not an exaggeration to say he supports BDS.” He’s referring to a February 28 open letter in which 39 Vassar faculty members including Schreier “voice our dissent” from a January 2 statement by Vassar’s president and faculty dean condemning a boycott of Israeli colleges. The president and dean were responding to the December 13 vote by the American Studies Association, or ASA, endorsing a boycott of Israeli higher education institutions.

Got that? 39 Vassar profs dissent from the statement by their president and faculty dean condemning the ASA call to boycott Israeli academic institutions, which my father bought for two zuzim. Chad Gadya and all that.

Incidentally, all of them claim they’re acting to preserve academic freedom and free speech from the chilling effects threatened by the next party down the line.

Yesterday a new post appeared on LegalInsurrection, by blog contributor David Gerstman, a Maryland computer programmer, provocatively titled “The anti-Israel Campaign at Vassar Goes Through the Looking Glass,” that purports to back up Jacobson’s characterization of Schreier.

Gerstman links again to the faculty “dissent” letter that Schreier signed. He quotes disapprovingly from Schreier’s 2008 syllabus to his course on “The Roots of the Palestine-Israel Conflict,” in which Schreier cautions that his “course is NOT designed to present ‘an objective’ account of a ‘two-sided’ conflict,” suggesting that professors don’t have a right to take sides (“That a professor could be so upfront about his biases is shocking”). He also quotes at length from a letter to the student newspaper, signed by 66 Vassar alums and parents, complaining that the faculty letter contributes to a stifling of free speech on campus.

If you’re still following this, we now have 66 Vassar alums and parents decrying the letter by 39 Vassar faculty, who are dissenting from the statement by Vassar’s president and faculty dean condemning the ASA boycott call, which seeks to boycott and isolate Israeli academic institutions (which my father bought for two zuzim. Chad Gadya, indeed).

(At first glance one might think it refers to Gerstman’s opening lines, juxtaposing my post, which relied on the anti-Israel MondoWeiss.net blog, with Jacobson, who covered the events “quite extensively last week.” Alas, Jacobson’s coverage cites Weiss and other coverage from the pro-Israel Commentary and the Louis D. Brandeis Center, neglecting to note that the latter two relied on Weiss, who provided the only eyewitness reporting.)

Now, when my attention was called to the Gerstman post, my first instinct was to rush to my computer and bang out a correction and apology to Prof. Jacobson. I was particularly concerned after I noticed that my post had reappeared at Haaretz.com, which suggested to me that my version was racing around the world while Jacobson’s version, presumably better researched, was still putting on its pants. But then I read the putative smoking gun, the open faculty letter that Schreier had signed.

The critical question is what, precisely, that open letter from the 39 faculty members actually says. Does it support BDS? Not exactly. It goes on at some length to decry Israel’s treatment of the Palestinians. It notes that boycotts can help to bring social change, as they did in the 1950s in Montgomery, Alabama, and in South Africa in the 1980s. And it supports the right of academics to call for a boycott, as the ASA did, and complains that the Vassar president’s condemnation of the boycott call by the ASA, “one of the oldest professional associations in the United States” (I’m not sure the use of the words “oldest profession” has the flattering impact they intended) “could have a chilling effect on the free exchange of ideas and opinions on our campus and across the broader society.”

To sum up: The Vassar faculty letter supports the right of professors to advocate a boycott, expresses sympathetic understanding of the ASA’s motives in beating up on Israel, and protests the Vassar president’s condemnation of the ASA’s boycott call. But it doesn’t call for an academic boycott of Israel. It goes up to the edge, but in an excruciatingly precise choice of phrasings, it doesn’t jump.

By way of comparison, you can check out the ASA’s own website, where it lists the endorsements it’s gotten. Some statements “endorse” or “applaud” the boycott, while others, like the Vassar faculty letter, support the right of other professors to urge a boycott without doing so themselves.

(My thanks to Yisrael Medad for pointing me toward the Gerstman post and continuing debate.)

When Is BDS Not BDS? A Vassar Passover Tale