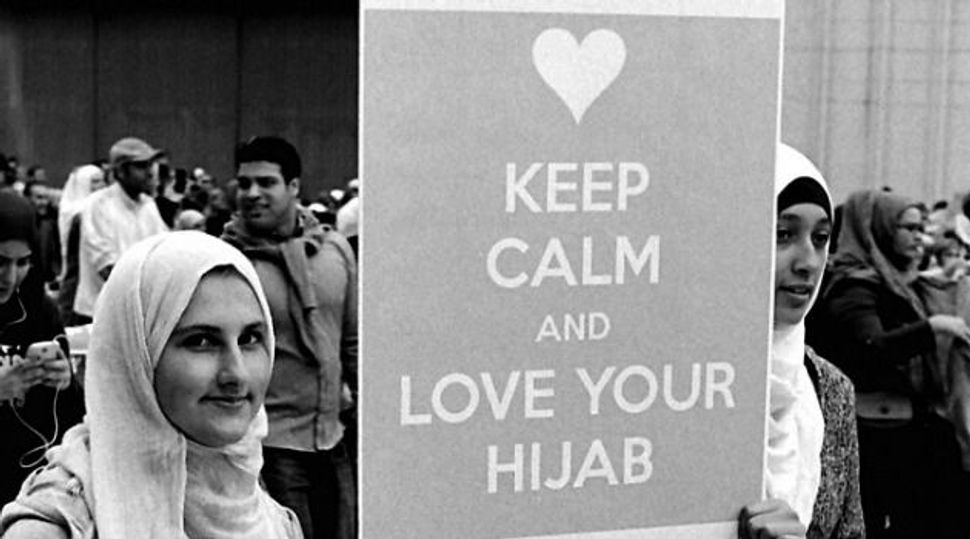 On Monday, citizens of Quebec will go to the polls to vote for a new provincial government.

Two main players are facing off in this year’s elections: the Parti Quebecois (PQ), Quebec’s nationalist party currently ruling as a minority government and led by Premier Pauline Marois, against Quebec’s Liberal Party, ousted from power in 2012 after a wave of student protests fighting proposed tuition hikes, with newly-elected leader Philippe Couillard at its head.

1,057,706 people, or 17.8% of voters, already cast their ballots during the advance voting sessions held on March 30-31, and the most recent polls put the Liberals in the lead, with the potential for a majority win.

So, why should you care?

Earlier this year, the PQ released its proposal for a Charter of Values, portrayed as a means of promoting a religiously neutral state, as well as gender equality.

Under the Charter, presented to the National Assembly as Bill 60 and spearheaded by Premier Pauline Marois and Bernard Drainville, public servants would be forbidden to wear so-called “ostentatious” religious symbols such as kippahs, hijabs, turbans or large, and prominent crosses. Smaller and less “conspicuous” objects such as earings bearing religious symbols would still be tolerated.

The Charter has been met with vocal opposition by religious and ethnic minorities who see this push for secularization as discriminatory in a province where religion has long been a touchy subject. The Jewish community in particular has been quick to denounce what it sees as a “bad solution to a non-existent problem.”

Here are a few things to keep in mind as Election Day approaches.

1. This is what will happen if the Parti Quebecois wins a majority.

The Charter of Values is the third item on the party’s electoral strategy sheet, directly below Quebec sovereignty (the issue which is essentially its primary reason for being). So, it’s fair to say that it’s a major priority.

But the law goes even further. Organizations that receive public funding from the Quebec government will also have to comply. Montreal’s Jewish General Hospital, for example, could no longer serve kosher food, nor could its doctors wear yarmulkes while treating patients. One PQ candidate even proposed to do away with the “Jewish” in the hospital’s name.

2. Who will this law affect?

According to the latest National Household Survey (2011) there are currently 85,100 Jews living in Quebec, the majority of whom live in the Montreal area. Jews are the fifth-largest religious group in the province; Catholics are first, followed by Protestants, Muslims and Christian Orthodox.

The older and more established Jewish community in Quebec is Ashkenazi and Anglophone — meaning their first language is English. Like their American counterparts, most arrived in Canada in the late 19th century or in the aftermath of the Second World War. The growing Sephardic community, largely French-speaking, immigrated to Quebec from North Africa (in large part because of language) in the 1960s and 1970s.

Why the emphasis on language? Welcome to Quebec. Language groups retain singular importance in a region where political and social affiliation depends largely on which language you were brought up speaking. The one thing that most Ashkenazi and Sephardic Jews can agree on, however, is that they hate the Charter.

Opposition to the Charter makes for unlikely allies. Ethnic and religious minorities who might not otherwise agree — Jews and Muslims among them — have joined together in the face of a common perceived threat to their fundamental religious rights.

3. Many people say they will disobey.

Many Jewish groups have openly declared that they will flout the Charter of Values if it becomes law. The Jewish General Hospital in Montreal released a statement in November declaring it would publically defy the law, which its staff views as “patently discriminatory.” Others have found more creative ways to protest the dreaded kippah ban: one rabbi stamped his head covering with the blue-and-white Fleur-de-lys — the province’s flag and symbol of nationalism. “I thought this would be a great way to make a positive statement,” Rabbi Yisroel Bernath told the Forward in December. “They want to ban the kippah? Let’s put a kippah on our heads!”

4. Those who disobey will be fired.

The PQ has allowed for a “transition period,” during which current public servants and others affected by the ban on religious symbols would have time to adapt to the new system. However, Premier Pauline Marois has been clear that once that designated period ends, those who do not comply will be fired. This decision has not been popular, and it’s worth noting that Marois has recently said that her party would try to extend the transition period so as to limit the number of job terminations.

5. Some Jews do support the bill.

As the saying goes, two Jews — three opinions. While Quebec Jews traditionally vote for the Liberals, the PQ counts at least one Jewish candidate this year. Evelyne Abitbol, a Sephardic Jew originally from Morocco, is running for the PQ in the riding of Acadie, and has voiced her complete support for the Charter, which she views as essential to gender equality. Coalition Avenir Quebec, an opposition party which has called for a compromise on the ban on religious symbol (they would exempt health care and day care workers), also counts three Jewish candidates.

Good news (usually) isn’t news. Quebec is more than just fear, conflict, nationalism and language wars. It’s also culture, multiculturalism, low tuition, healthcare, Arcade Fire, vibrant festivals — and yes, birthplace of the culinary gem known as poutine. It’s a place where you can start a sentence in English and finish it in French without breaking your stride. It’s passionate, messy, condescending, welcoming, and warm (the people, not the weather — let’s be real). It’s a place of amazing contradictions.

And that’s why it’s worth fighting for.