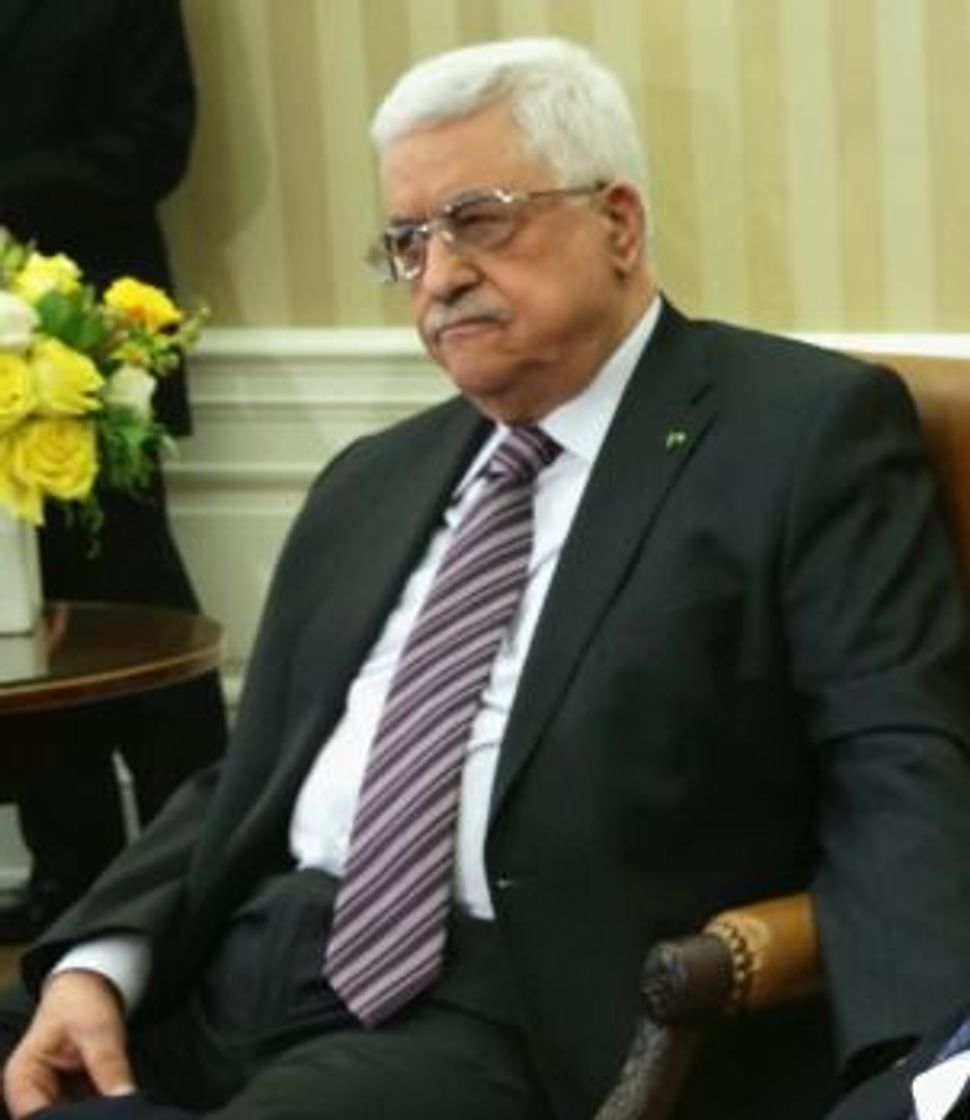 Palestinian Authority leader Mahmoud Abbas is scheduled to meet Tuesday in Cairo with Arab League foreign ministers to seek their backing for the Palestinian position. In advance of that meeting, the Jerusalem Post reports, the Arab League’s deputy secretary general said in a statement issued Monday that the United States still “has a role to play in pushing the peace process forward.”

Last week it was reported that the Palestinians had presented a list of extreme conditions before returning to talks, including Israel’s agreement to release another 1,200 prisoners, including Fatah leader Marwan Barghouti and Popular Front leader Ahmed Saadat, accept the 1967 borders and a Palestinian capital in East Jerusalem, and more. The latest report suggests the Palestinians were trying to dial back their demands.

Both the Arab League and the Palestinian Authority insist that Israel follow through on the fourth prisoner release it agreed to before the talks began last year. The two sides had agreed to enter a nine-month negotiating period, scheduled to end April 29, in return for which Israel agreed to release 104 Palestinian prisoners in four rounds and the Palestinians agreed not to join any U.N. agencies.

The Palestinians were careful in choosing which U.N. conventions to sign out of the 63 they are eligible for following their 2012 General Assembly recognition as a non-member state, according to reports in Reuters and the Washington Post. In largely symbolic decisions meant to sidestep a confrontation with Washington, they signed conventions on the rights of women and of the disabled and as well as the Geneva Conventions on the laws of war and the rights of civilians in occupied territories. But they didn’t apply to join the International Criminal Court or the International Atomic Energy Agency.

In effect, therefore, it appears they signed treaties placing new obligations on the Palestinian Authority in its own behavior, but they didn’t join the agencies that they could have asked to punish Israel for its behavior.