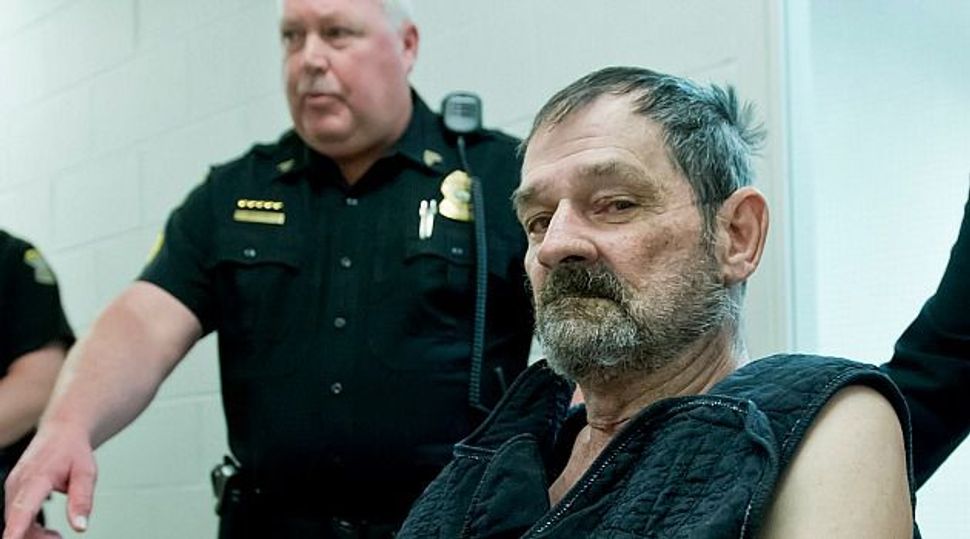 The shooting attack on April 13 that took the lives of three people at Jewish institutions in Kansas City was one of those moments — which have punctuated the last few years — that remind us that it’s still legitimate for Jews to feel vulnerable in this country.

Though the details are just emerging and authorities don’t want to rush to label it a hate crime, the suspect in custody, Frazier Glenn Miller, has a long history of expressing white supremacist views and was once a grand dragon in the Ku Klux Klan.

For people like Miller, the Jewish people are a nefarious, evil force that needs to be stamped out. It’s not the individual Jews that concern him, but rather the category “Jew.” In a way, it is sadly fitting that none of Miller’s victims were Jews — it’s the idea of Jews that he and his fellow travelers abhor.

The Jewish shock jock Howard Stern interviewed Miller on his radio show in 2010. When asked by Stern who he hated more, Jews or African Americans, Miller responded, “Jews. A thousand times more. Compared to our Jewish problem, all other problems are mere distractions.” But why, Stern asked him. Because Jews control the federal government, mass media and the Federal Reserve Bank, Miller said. “And with those powers, they’re committing genocide against the white race.”

How concerned should we be that these grotesque imaginings about Jewish power still flourish in the minds of some of America’s citizens?

It should make us stop and realize both the resilience of these ideas — some of them conspiracies that go back nearly a millennium — and also note the strange frequency with which they inspire actual physical attacks. The shooting at the United States Holocaust Memorial Museum in 2009 was also carried out by a white supremacist, James Von Brunn, who, like Miller, had been involved in illegal activity in the 1980s but only committed his headline-grabbing act of violence in his old age. Von Brunn and Miller both seemed so possessed by their feelings about Jews that at the otherwise restful ages of 88 and 73, respectively, they were still compelled to lash out in hatred.

Those demons inside the heads of men like Von Brunn and Miller are not ones that we can confront directly — precisely because they are so irrational and ludicrous.

But is the answer helplessness? Is it to embrace our feelings of victimhood, which can often debilitate us in other ways? Should we wallow in what looks to be a historical pattern that has no hope of ever going away?

None of these responses is satisfactory. But there is one thing we can do. Simply, be aware. Be aware of where the real threats actually lie. In this instance, for example, we again have to recognize how much more dangerous white supremacism has proven to be to the Jewish community than Islamic fundamentalism. But also be aware of our immediate reaction to news of such incidents, to find a way to balance our instinct to see this as part of a continuum of Jewish tragedy with an appraisal of the actual facts.

To suffer all that others project on to us seems to be our fate as Jews. But this shouldn’t rob us of our own capacity for seeing and understanding the world as it is: a place where threat exists but will not dominate us.