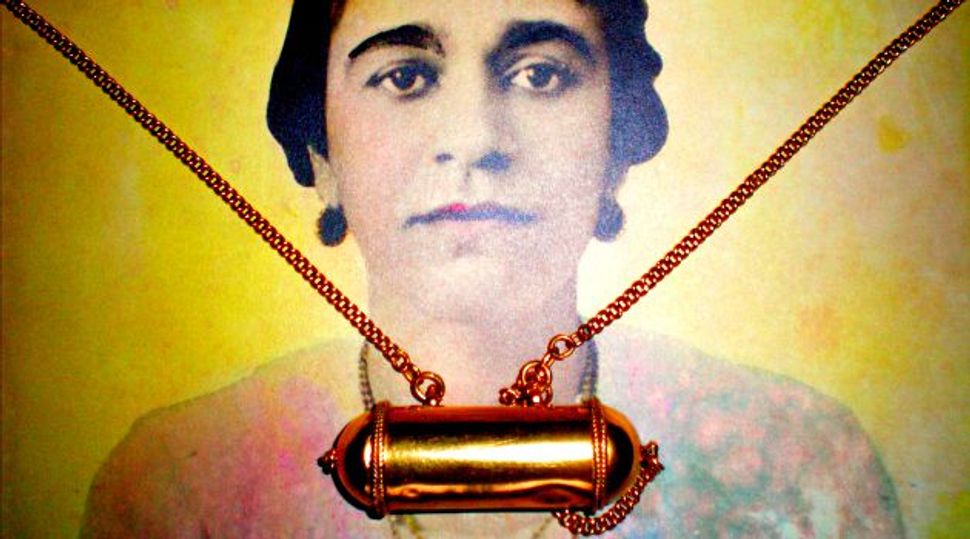 When my grandmother was pregnant with my dad, she got a terrible — and somewhat mysterious — mouth infection. It kept her from eating and talking. It was so painful that it landed her flat on her back; for days, all she could do was lie in bed. Then her bedroom door creaked open to reveal my great-great-grandmother, sidling up with something clenched tight in her palm. The object passed from the older to the younger hand, accompanied by a command in Hindustani: “Put this on — and don’t take it off until you get better.”

The object looked like a necklace, but it would be a mistake to call it that. Really, it was an amulet. Extraordinarily heavy, made of solid Indian gold, its cylindrical capsule — as long as an index finger — hung from an expensive-looking chain. Opening it, my grandmother saw a shriveled black root. She suppressed a shiver of disgust and closed it up again, then placed the chain around her neck. A few days later, she was healed.

A prized heirloom, that amulet has been in my family for five generations now. It’s traveled from Bombay to London to Montreal. These days, my grandmother doesn’t really believe that the ugly black root has magical healing powers; more than anything, she finds it creepy. But my great-great-grandmother, an uneducated Calcutta-born Jew who came from a family of kabbalists, believed it had the power to ward off the evil eye.

I love this amulet for many reasons, chief among them its weirdness. The sheer superstitiousness of it makes me smile — maybe because it reminds me that Judaism and rationalism didn’t always go hand in hand, whatever the diehard Maimonideans would have us believe.

I also love the way this artifact captures the centuries-long symbiosis that Jews enjoyed in India — a country that, until recent years, was strikingly free of anti-Semitism.

Our amulet is as Indian as it is Jewish. The Hindu women my great-great-grandmother knew wore just such a golden necklace inside their saris, though they filled its capsule with black coal. In India, black is believed to protect against the evil eye — which may be why women’s eyelids are painted black and why babies are marked with a black spot soon after they are born.

We can’t tell for certain what the black stuff inside our amulet consists of, but we’re pretty sure it’s a root, not coal. Our best guess is that it’s Peganum Harmala, also known as Esfand, a plant whose seeds Indians ignite in charcoal fire pots to ward off the evil eye on auspicious occasions like weddings. This ritual is followed by local Jews; in fact, it’s the ancient Semites who are believed to have brought it to the region.

That makes our amulet a perfect symbol of how Jewish tradition was literally encapsulated within Indian tradition over the centuries — and of how the two communities were nearly indistinguishable when it came to warding off the forces of evil that terrified them both.

I may not believe in those forces the same way my great-great-grandmother did, but for the reasons I’ve just listed, you can bet I will wear this amulet if ever I find myself falling sick while pregnant. Bli ayin hara, as my Jewish forebears would say — far be the evil eye from me!

Whether it’s a silver kiddush cup, a siddur that survived the Holocaust, or a wedding ring — heirlooms tell the story of our families. Please share your Jewish heirloom stories with us by April 23. Several submissions will appear in the Forward in May.