Her story is well known. She came from a foreign land where she lived like a princess. Despite a very questionable connection to Judaism, she chose to follow her mother-in-law to Israel. There, she lived in abject poverty, getting by only by taking charity. Even when she found a kind stranger to help her, there were those who continued to doubt whether she belonged in Israel, and tried to prevent her from getting married.

Her name is Irina, Svetlana or Marissa, and you don’t have to read the Book of Ruth — as Jews around the world will do this week for Shavuot — to know her story and feel for her, her family, and the literally hundreds of thousands of other Russians of Jewish descent who are living in limbo in Israel.

After nearly 2000 years in exile, the Jewish people have returned to our ancestral home. Along with this incredible blessing, halachic challenges have arisen, which did not exist when we lived in foreign lands. One fairly recent example involved the Jews of Ethiopia. For various reasons, there were halachic questions about their status as Jews and, even assuming they were Jews, whether they could marry people from outside of their community due to having the possible status of mamzer (commonly translated as “bastard” or “illegitimate”). The leading halachic decisors like Rav Ovadiah Yosef and Rav Moshe Feinstein, among others, ruled that there was an obligation to help them, and issued rulings which allowed them to be counted as Jewish, and not to be considered mamzerim.

The aliyah of a large part of the Russian community has brought with it a similar type of challenge. Many of these immigrants, who moved with the approval of the Israeli government, are not halachically Jewish. Many within the community have made sacrifices in moving to Israel, both in terms of personal comfort and social status. Their children serve in the army, consider themselves Jewish and are proud citizens of the State of Israel. While there are those who are ready to live fully religiously observant lives, many are not. They are, however, willing to convert.

The Chief Rabbinate, which is in charge of conversions, has not been willing to convert anyone who is not willing to go through an onerous yearlong course, with an emphasis on the minutiae of halacha. According to Rav Ben-Zion Meir Chai Uziel, the first Sephardic chief rabbi, a course of this sort is not required. After this, the potential convert must commit to full halachic observance. I use the word “commit” literally. The potential convert does not actually have to live that way. They just have to say that they will, and behave as if they will, convincingly enough. In many cases, the judges on the rabbinical courts know this, but still insist on this charade. For those who are committed to being honest and are not willing to be part of this charade, there is no other option.

Essentially, this process leaves hundreds of thousands of Russian immigrants in limbo, unable to get married, with no chance for a change in their status, unless they are willing to pretend to be something that they are not. The most honest of them are not, and this has led to a ten-fold increase in the intermarriage rate among Israelis since 1989.

It is my hope that the leading rabbis of our generation — at least Israel’s two chief rabbis — will follow in the footsteps of Rav Moshe Feinstein and Rav Ovadiah Yosef, and, once again, demonstrate that our Torah is a Torah of kindness, “whose ways are ways of pleasantness, and all her paths are peace.” 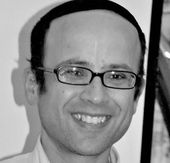