Why Russian Jews Don’t Want to Hear About Being Saved 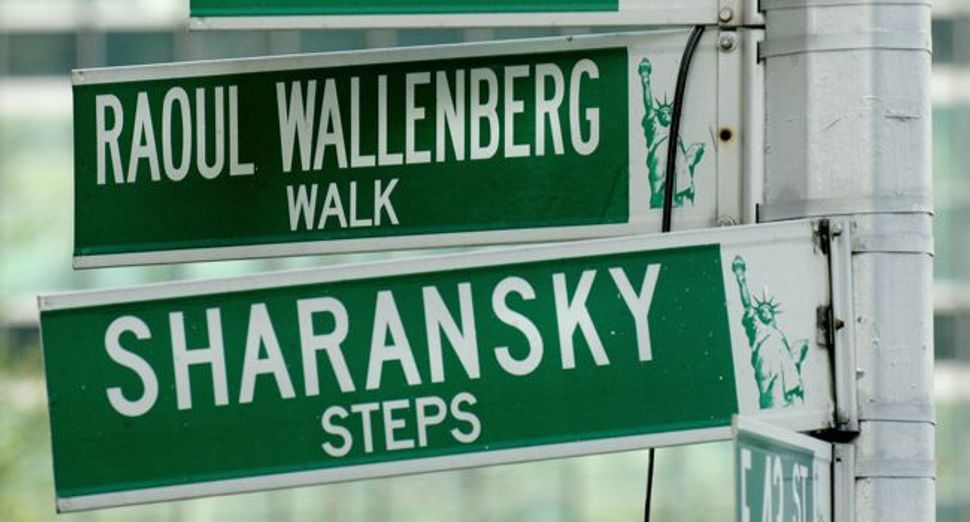 Heroes: While the big names of Soviet Jewry are commemorated, the experience of regular Russian Jews is lost. Image by Getty Images

The losses of Jacob Birnbaum on April 9, just a few days before Passover, and then Yuli Kosharovsky on April 15, the first day of the Festival of Freedom — both of them giants of the Soviet Jewry movement — seem particularly poignant. It happens to be the 50th anniversary of the first demonstration in support of Soviet Jewry, organized by Birnbaum in New York on May 1, 1964. Two heroes on either side of the Iron Curtain once united around a single cause.

Reading the news and the subsequent heartfelt tributes to the two men, it felt as though those days had, quite suddenly, slipped even further back into the period officially known as History. All this before we’d really even realized why it mattered to us. And by “us,” I mean Russian Jews.

The struggle for Soviet Jewish immigration galvanized Jews all over the world through the final decades of the Cold War. For American Jewry, the message of the Soviet Jewry movement is that of triumphalism and success — a post-Holocaust awakening and a catalyst for a renewed communal self-identity. It is a rallying cry that starts with “Let my people go” and ends in “We saved you.”

That, too, is the message delivered to Russian Jewry: There is a “we” and a “you.” Put in those terms, though, it is indicative of just one more failure by American Jewry to engage Russian Jews. No one really wants to hear that the most significant decisions of their lives were just an opportunity for someone else to find their voice. The story doesn’t feel like it’s ours.

I’m going to just say it: Many Russian Jews feel patronized and condescended to when it comes to the Soviet Jewry movement. There is a sense that the harder part of their own lives’ journeys — the immigratzya itself — does not seem to matter to those who now own the story. After all, countless ordinary Russian Jews endured the real struggle, the trauma, the risks. Not surprisingly, Russian Jews are apathetic or uninterested in the movement as it is now presented.

At the end of this past March, the annual Limmud FSU conference in the United States brought together more than 800 Russian-speaking Jews for a weekend of Jewish learning in New Jersey. The Soviet Jewry movement was almost nonexistent in the program. And when last year’s Limmud celebrated the 25-year anniversary of the March on Washington, a 1987 event that brought together 250,000 people to demand freedom of immigration for Soviet Jews, the interest was lackluster at best.

Let’s be clear: Russian Jews of all ages are not disconnecting from their heritage; attendance at events like Limmud grows yearly. Attendees at screenings of the recent documentary “Stateless” talk with great emotion about the impact of seeing their immigration story on the screen. Events with Soviet Holocaust survivors or events marking the victory against Nazi Germany are common within Russian Jewish communities. People who immigrated in childhood now send their own children to Russian-speaking programs.

But if you wandered into the talk at Limmud 2013 by Kosharovsky, you would have counted about five people in the room to hear of his 18 years struggling against a totalitarian world power. Kosharovsky was billed as a refusenik and a “Prisoner of Zion.” The language felt stale, and the concerns dated. For émigrés who opted for North America over Israel, “Prisoner of Zion” is of little relevance. For younger generations in particular, it signals contemporary Middle East politics — confusing indeed.

A panel discussion on the movement (which included Kosharovsky) brought out merely a handful of additional people. It was hard to watch: a group of white-haired dinosaurs — heroic, dedicated dinosaurs — unable to tell their story to the audience that matters. They’d become Cassandras in reverse. One audience member angrily announced that good deeds should not be bragged of and thanks should not be requested. Into the ensuing silence tumbled all the tensions between the two communities.

The divisions between the North American and Russian communities date back to the earliest immigrant arrivals: Were we grateful enough? Were we Jewish enough? Attitudes toward the Soviet Jewry movement reflect this “lives apart” reality. Meanwhile, the people who can tell us those stories are not going to be with us forever.

And that “lives apart” mentality also means that many Russian Jews, young and old alike, don’t even know about the history of the Soviet Jewry movement. A few years ago I watched the documentary “Refusenik” with a group of Russians who had immigrated in the 1970s. Not one had known about that 1987 march on Washington, or about most of the other movement history. There was a pause as they all thought about what they had been doing in December 1987. They were raising children, paying mortgages, going to work — building a new life in a strange, new country.

As the urgency of the post-immigration years fades away, Russian Jews are starting to look back at our immigration, to struggle with our identity and to produce an increasing amount of literature, theater and art about our unique place in the world. But the Soviet Jewry movement has not become a part of that mythos of immigration. It’s for and about American Jews — a self-congratulatory bit of history that has little do with the realities of post-Soviet Jewish life.

The legacy of the movement — the colossal failure to connect the communities — is symbolic of so many other moments of misunderstanding, resentment and separation. But let’s remember that, beginning in 1964, on both sides of the Atlantic, long before we cared about whether American Jews could find their voice or whether Russian Jews did Jewish the “right way,” there was a single desire — Jewish freedom.

So let’s stop talking about what the Soviet Jewry movement did for American Jews. Let’s stop talking only about the activists and refuseniks-activists. Let’s start talking about the countless, ordinary Russian Jews who took a bold step and a terrifying journey across the Atlantic — the people whose lives really were changed by the movement, and who have spent the decades since building a strong, vibrant Russian-speaking community across the Diaspora.

Lea Zeltserman is a Toronto-based writer and publisher of the Soviet Samovar, a monthly round-up of Russian Jewish news, culture and events. Contact her on Twitter @zeltserman

Why Russian Jews Don’t Want to Hear About Being Saved