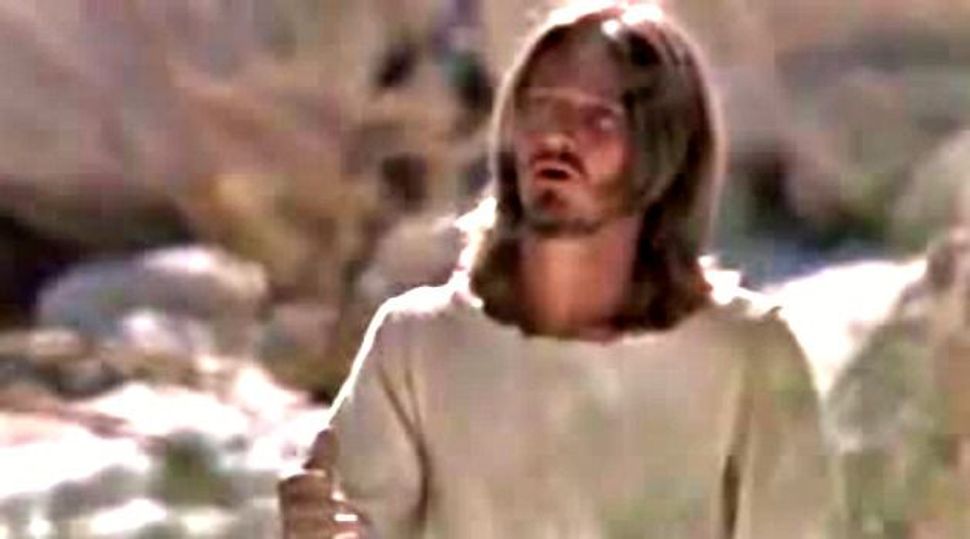 What makes a place so special that it might be considered the inheritance of all humanity — a World Heritage site, as it were?

If you were to consult UNESCO’s list of World Heritage criteria, you would see that the international body that determines such status considers ten benchmarks. Does the site “bear a unique or at least exceptional testimony to a cultural tradition or to a civilization,” for instance, does it “contain superlative natural phenomena”? All those things are, no doubt, very important.

But when it comes to one of the most recent additions to the U.N.’s list, Israel’s Beit Guvrin Bell Caves, there’s even less doubt as to what the real reason was: “Jesus Christ Superstar.”

Oh, you won’t find a hint of the rock opera in UNESCO’s announcement, or in any of the various press reports — but trust me.

The Bell Caves served as the location par excellence for a crucial early set piece in the 1973 film version of the musical, directed by Norman Jewison. The disciples and their women have set up camp (goats and all) more or less at the feet of Jesus, and are exuberantly demanding to know (in the parlance of the time): “What’s the buzz? Tell me what’s a-happenin’!” Jesus insists that even if they knew the path they trod, they wouldn’t understand, but the excited acolytes will not be dissuaded. Mary Magdalene comes along and soothes Jesus with a cool face-and-foot wash, and Jesus allows as only she knows what he really needs.

But then! A drastic tonal change: In comes Judas, who stands briefly apart, watching the group gyrate in all their rockin’ radical hippie spirituality. The disciples notice him and are initially all smiles, but then Judas begins to mock Mary: “It seems to me a strange thing, mystifying/ That a man like you/ can waste his time/ on women of her kind.” Jesus places a gentle hand on the bewildered Mary’s head, and Simon the Zealot responds as one can only imagine he might: “Hey, cool it, man!”

Judas confronts Jesus, but Jesus gives as good as he gets, finally turning on the still-worked-up disciples as well: “I’m amazed that men like you/ can be so shallow, thick, and slow/ There is not a man among you/ who knows or cares if I come or go!” Aaaand scene.

It’s a piece of filmic glory, and honestly, if you’re willing to give into the mood, goose-bump inducing. The first time I visited the Bell Caves I didn’t know I would be stepping into cinematic history, but once inside, my instantaneous, almost muscle-memory, recognition left me a little faint. They are absolutely unmistakable, and entirely breathtaking. Stepping from the heat of the Judean hills into the Bell Caves’ cool air, it becomes immediately obvious why Jewison chose them as the “home” in which his troupe is revealed as a family that is breaking apart.

Oh sure, the Bell Caves are also just one small part of a larger “city under a city,” a site

characterized by a selection of man-made caves, excavated from the thick and homogenous layer of soft chalk in Lower Judea [including] chambers and networks with varied forms and functions, situated below the ancient twin towns of Maresha and Bet Guvrin, that bear witness to a succession of historical periods of excavation and usage stretching over 2,000 years, from the Iron Age to the Crusades, as well as a great variety of subterranean construction methods.

But come on. Just look at the clip embedded in this post — or you can watch the entire movie by clicking here)! As significant as all that is, the U.N.’s decision was clearly swayed by middle-aged committee members who, like your humble reporter, can still sing along with every rock operatic word without need of a lyric sheet.

If Ted Neely in a ratty robe isn’t an international treasure, well then, I just don’t know what is.

The caves of Beit Guvrin-Maresha, which were named a World Heritage site by UNESCO