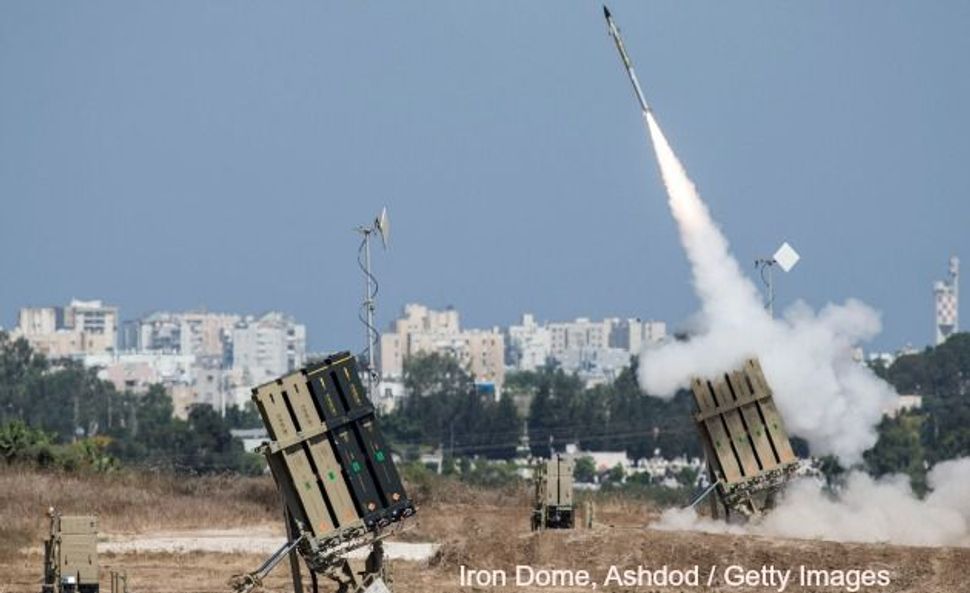 The Forward has my latest column on how Israel and Hamas stumbled through a series of accidents and misunderstandings into a war nobody wanted. Because it’s written for print (unlike this blog) it has limits on length, and even though the paper generously lets me run way over my limit every week, there are inevitably things left out that need to be said. Permit me to add.

First, the current blowup began with a kidnap-murder of three Israeli teenagers, two of them 16-year-olds who just finished 11th grade. As the father of a son who is the exact same age — and is in Jerusalem right now on a summer program — I can just begin to guess at the feelings. But I can only begin to guess.

Second, the Israeli government suppressed the fact that the boys were dead, as it knew on Day 2, with the apparent motive of dismantling the Hamas infrastructure in the West Bank. The prolonged, fabricated uncertainty had the collateral effect of inflaming Jewish emotions in Israel and the Diaspora, and the tension may well have intensified the resulting anger after the bodies were found. On the other hand, it also provided cover for Israel to round up and dismantle, with barely a shot fired, a network operating in territory it controls that openly preaches destroying Israel and murdering its citizens. I don’t know that such a roundup is a bad thing.

Moreover, if it allows for a new Fatah-Hamas unity government with Hamas in a seriously weakened position, and a PA that can openly embrace the Quartet conditions and peace process with greater authority — including the ability to speak for and deliver Gaza — then it just might be something even hardcore doves can celebrate.

Third, regarding the current mutual bombardment. Here’s where the series of accidents and misunderstandings kicked in. When Israel began rounding up Hamas-West Bank, amid declarations from Bibi that Hamas “will pay,” the Hamas leadership in Gaza went underground and began gearing up for a renewed Gaza war that they feared — incorrectly, I believe — that Israel was planning. Going underground meant abandoning their earnest-but-not-always-competent enforcement of the 2012 cease-fire. The result was a sudden, drastic increase in rocket fire from PRC, Islamic Jihad and the Qaeda-style jihadis to its right. Israel responded with several aerial attacks on rocket crews.

But on June 29 Israel hit a Hamas operative, who was not involved in rocket fire but by some reports part of the enforcement squads. Hamas publicly protested the assassination of its guy and responded the next morning with a barrage of its own rockets. These were by every account the first rockets Hamas had fired since the 2012 cease-fire. Israel responded to the rockets with air raids, and things escalated from there. Neither side wanted it, but neither wants to quit first. Usually these campaigns end when the Egyptians come up with a formula that allows both sides to claim some sort of victory.

Fourth: Is Israel’s current campaign unreasonable or disproportionate? Hamas claims it’s criminal for Israel to respond to bombardment of Israeli territory from Gaza with bombardment of Gaza from Israel. I suspect they know they’re talking nonsense. It’s not so clear why other people take the claim seriously.

For that matter, Hamas claims it fires rockets to protect the Palestinian people. How actions that inevitably bring down massive destruction constitute protecting anyone is beyond me.

As for Israel’s behavior: what good does it do to answer fire with fire? Consider: In December 2008 and January 2009 Israel answered a major, prolonged rocket barrage with an aerial campaign that turned within several days into a massive ground campaign, Operation Cast Lead. It lasted 21 days and resulted in between 1,160 and 1,400 Palestinian deaths, of which either 25% (IDF count), 55% (B’Tselem) or 65% (Palestinian Center for Human Rights) were civilians. (The main difference is that IDF figures count Palestinian police as combatants.) It ended with a cease-fire brokered by the Mubarak government in Egypt, which lasted about 6 months before the rockets began again. They now came at a lower rate than before Cast Lead — about 75 per month as opposed to 240 — but still an intolerable level.

In November 2012 Israel returned with Operation “Pillar of Defense” (the army’s Hebrew code-name was עמוד ענן, “Pillar of Cloud,” referring to the divine signal that guided ancient Israel through the desert). This time it lasted 8 days and resulted in 133 deaths, 40% of them civilians according to Palestinian accounts. It ended in a cease-fire brokered by the Morsi government in Egypt that lasted 19 months, until it collapsed on June 30.

What was the difference between the two campaigns and their outcomes? Mainly that Israel’s response in Cast Lead created an international public relations disaster (remember Goldstone?) that outweighed whatever tactical advantage was gained by the ground campaign. Hamas, seeing that it had gained more than it realized, felt free to abandon the cease-fire. In Pillar, the Israeli action was more precise and ended before it turned into a debacle or massacre. Just as important, it targeted a number of higher-level Hamas personnel, who apparently take their own demise more seriously than the destruction of their civilian domain. The message got through, and the second cease-fire was a lot more stable. It didn’t hurt that they’d lost their support from Iran after taking the Sunni side in Syria and from Egypt after the fall of Morsi in the summer of 2013. They were on their knees and in no position to start up with Israel.

Fifth: What’s next? Signs are that General Sisi is not as enthusiastic as his predecessors, Morsi and Mubarak, about stepping in and working with Hamas. Without Egyptian involvement it’s hard to see who has the trust from both sides that’s needed to broker a cease-fire. Both sides would like to end this, as neither side wanted it to begin with, but neither side wants to quit first. Each side says it’ll stop after the other one does.

Reports are that Abbas is pressuring Sisi to grow up, step in and do his job as leader of the largest Arab state. We’ll see.

Finally, a few personal words. Some of my fans in the Forward.com comment section seem to think I blame Israel for everything that happens and ascribe neither blame nor agency to the Palestinian side. I take it as given that Israel faces dangerous enemies. I don’t waste my limited space restating common knowledge. The question I try to address in my writing is what Israel can do to minimize the threats, end them if possible and protect its population and its long-term future. Most of what I offer up is nothing more than up-to-date Israeli military and intelligence doctrine that isn’t widely available over here.

As for my son in Jerusalem, he’s been to Israel many times, in good times and bad, including the Second Lebanon War and multiple visits during the Second Intifada. He knows the score, he knows he can trust the IDF and he knows he’s with his people (and surrounded by family he knows and loves). I trust the sponsors of his program this summer, the Bronfman foundation, will do their usual excellent job of keeping the kids safe.

During and after the 1991 Gulf War a number of American programs brought kids home or canceled departures, out of misplaced concern for their safety. Those decisions had a devastating impact on Israelis’ morale and trust in American Jewry. I hope that doesn’t happen this time. It’s still safer over there than in New York. I pray we can quickly say the same thing about the streets of Gaza.