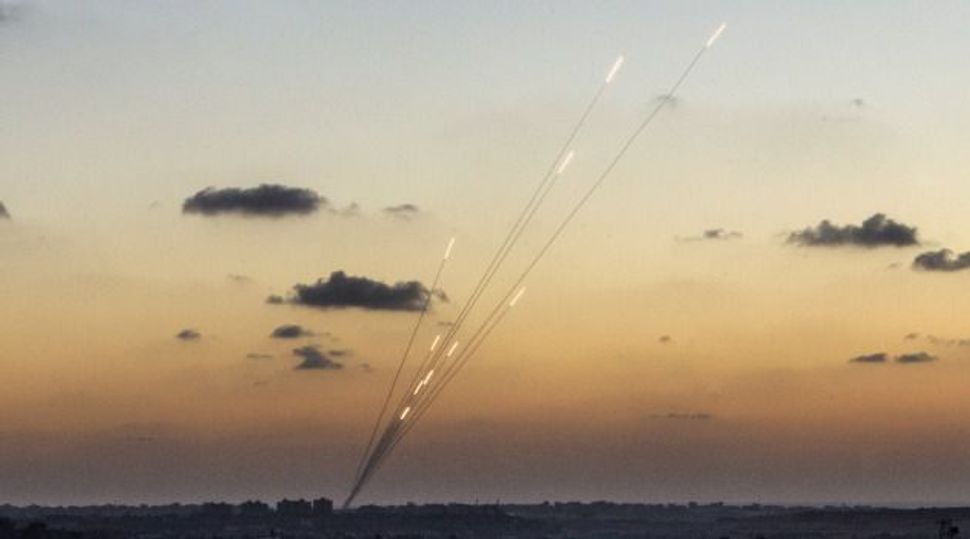 Israel’s consul for public affairs in New York, Gil Lainer, has offered a spirited reply to my June 10 column, “How Politics and Lies Triggered an Unintended War In Gaza.” As a devout Zionist, I’m glad to see a strong, cogent defense of the state of Israel. Unfortunately, as Groucho Marx once put it, this wasn’t it.

Much of the consul’s riposte seems to be based, strangely, on the assumption that facts need not follow one from the other in order to constitute an argument as long as they sound similar. Thus the undisputed fact that Hamas favors conflict with Israel must somehow prove that Hamas wanted this conflict this month. The fact that Islam-motivated terrorist organizations fired rockets from Hamas-ruled territory can somehow mean that Hamas as good as fired those rockets. The fact that Hamas leader Khaled Meshaal praised the kidnapping of the three yeshiva students after the fact must mean that Hamas ordered the crime. Sorry, but things don’t work that way.

Prime Minister Netanyahu promised early on to show proof that Hamas was responsible for the kidnappings, but the proof never came and the promise was quickly forgotten. Instead we have Meshaal’s ravings. Well, Meshaal did indeed praise the kidnapping afterward, but he also said he had no information about it. Other Hamas leaders, including Sami Abu Zuhri and Osama Hamdan, stated flatly that Hamas had not ordered it. Hamas is never shy about acknowledging its actions. Why are we so eager to believe every damning word that comes out of their mouths but to dismiss as lies anything that might be deemed exculpatory?

Other assertions are even stranger. Supposedly I claimed that “Hamas does not desire conflict with Israel” (which I didn’t — I said it didn’t desire this conflict right now) because I’m “unaware of who has been launching rockets at Israel for years.” The consul then proceeds to identify who’s been doing it: the very groups that I blamed. I called them “smaller jihadi groups.” He calls them “Islamic terror groups that, whether they call themselves Hamas or not, espouse the same hatred and are committed to the destruction of the State of Israel.” That is, not Hamas, but they might as well be because they sound the same.

Yes, there was continued rocket fire during the 19 months of the post-2012 cease-fire, at radically reduced (though still unacceptable) levels, by Islamist terror groups that eluded Hamas’s commonly acknowledged (see here and here, for example) if semi-competent enforcement.

And that, the consul suggests, proves “patently false” my “claim that there was some sort of ‘détente’ between Israel and Palestinian terrorists in Gaza since Operation Pillar of Defense.” In fact, Egypt announced the cease-fire agreement between Israel and Hamas ending Operation Pillar of Defense on November 21, 2012. The text of the cease-fire agreement was published in the Israeli press that same day and publicly defended by Prime Minister Netanyahu. It lasted until this month when, as I wrote, a series of misunderstandings, set in motion by the kidnapping and subsequent events, led to its collapse. To describe my claim as “patently false” is — well, patently false.

It’s important to understand, too, that whether or not the jihadi groups operating in Gaza and Sinai “espouse the same hatred” as Hamas, they are not similar in their ideologies or goals. The difference between the two distinct categories, Al Qaeda-style “global jihad” and Muslim Brotherhood-style political Islamism, was succinctly described in June in Herzliya by the research director of Israel’s military intelligence directorate, Brigadier General Itai Brun. I reported on the speech at the time. It can be viewed in full here. Put briefly, Muslim Brotherhood and its offshoots, including Hamas, are nationalists who seek to turn the state — sometimes democratically, often violently — toward greater adherence to Sharia and Muslim tradition. Jihadists reject the modern state altogether and seek to reestablish a medieval-style caliphate across the Middle East and eventually around the world. More detailed explanations can be found here and here.

Israeli politicians sometimes conflate the two “camps,” as General Brun called them, in order to achieve diplomatic advantage on the world stage. They may mean what they say — politicians frequently do, cynics notwithstanding — but they’re certainly aware of the intelligence community’s contrary views.

Speaking of which, I didn’t quote IDF spokesman Moti Almoz in order to suggest that Israel’s elected government is somehow wrong to give orders to the military. That’s how things work in democracies, including Israel. My point was that it’s unusual for a military spokesman to use language that puts distance between himself or the military and the decisions of the political echelon. As such, it’s the latest in a growing, worrying series of instances in which senior active-duty security figures express disagreement with or mistrust of the politicians’ judgment. Criticism by retired generals and spymasters is one thing. Public dissent by the folks on the job is something else.

On a personal note, I never thought before that trusting the Israel Defense Forces could make one an enemy of Israel. Live and learn.