4 Things About the Times of Israel ‘Genocide’ Blunder 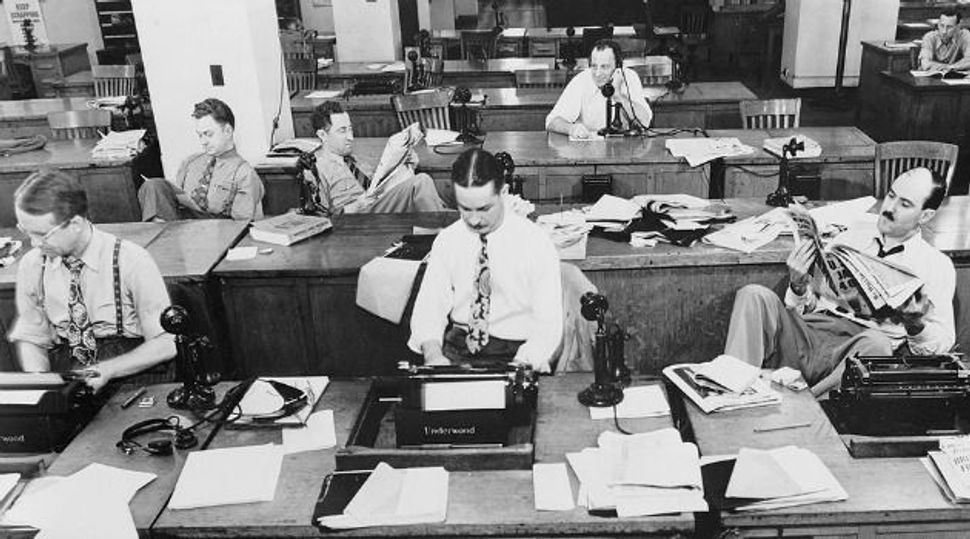 So the blogosphere and social media were aflutter late last week over a post by a blogger at the Times of Israel which raised the possibility that Israel is justified in committing genocide against Hamas. Here are my four take-aways:

It’s best to first read the thing you are railing against.

The post, by Yochanan Gordon, is a clumsily written rant, speculating on what Jews have done and now should do against an implacable foe. But what is most clumsy about it is the headline: “When Genocide is Permissible.” In fact, Gordon doesn’t use the word “genocide” until the very last sentence, and then as a hypothetical.

I am not excusing his tirade at all. It is laced with racist attitudes and, from what I can tell, a lousy grasp of history. It should never have been published. (I’ll get to that in a moment.) But it doesn’t live up to its billing. Sadly, that didn’t stop those eager to rail against growing extremist tendencies in the Jewish community to use it as a fresh exhibit, when it was instead a cheap piece of writing from a fringe player.

When awful stuff happens, deal with it immediately.

The Times of Israel is a two-year-old web-only publication that has done a terrific job of covering the Gaza conflict, largely through the excellent columns written by David Horovitz, its editor-in-chief. the Times of Israel removed Gordon’s post quickly, fired him as a blogger, and released a statement with appropriate disgust at the views he expressed.

I emailed Horovitz to get his response and here’s what he said: “Once we have accepted bloggers, we allow them to post their own items. This trust has rarely been abused. We are angry and appalled that it was in this case, and will take steps to prevent a recurrence. We are now working on those steps.”

Much as I applaud his forthrightness, the situation does point to a need for broader caution, however.

Media organizations need to be very careful about opening up their platforms.

It’s all the rage now in journalism for publications, even traditional ones, to allow readers to upload digital content, including text, photos, video, links, recipes, whatever, creating a stream of unfiltered stories and images that connect readers to each other, driving web traffic and, it is hoped, increasing revenue.

I’m sure that the Times of Israel thought it was smart positioning to offer blogs to many writers and the opportunity to publish directly to readers. I understand both the journalistic appeal and the civic benefit of creating this kind of open conversation.

But as an editor-in-chief, I will admit that the prospect of unfettered access to our site scares me. On forward.com, that is only offered through comments to stories. Otherwise, virtually all our blog posts are edited, at least lightly, by a staff member. (I say virtually because J.J. Goldberg, a former editor of the paper, posts directly to his blog. As he should.)

Blog posts are not scrutinized at the same level as stories that appear in print, which are subject to several rounds of editing and proof reading. But a blog editor will read every contribution for taste and accuracy, write a headline for it and, sometimes, decline to publish a piece because it doesn’t meet our standards or is unnecessarily offensive.

I’d like to believe for all those reasons, Gordon’s rant would never have made it onto our website. (We can, of course, also make mistakes.) Let it serve as a cautionary tale for anyone stepping into this fraught territory.

The architecture of a traditional print newspaper is based on a strict hierarchy: news on the front page; features behind; opinions clearly segregated and labeled, everything structured by the sensibility of the paper’s owner, like it or not.

Digital journalism’s architecture is flat, open, expressive, unfiltered. That’s its beauty and, occasionally, its dangerous flaw. You, the reader, are asked to do more in this new space. You must be your own editor, discerning between a blog post written by a nonprofessional and an editorial or column written by someone with journalistic training and a known address. The first may be more authentic, the second more reliable.

The challenge for serious publications is to find a happy marriage between reader engagement and journalistic credibility. On most days, it’s a desirable and exciting prospect. And then there’s the time when an inflammatory headline is placed on an ill-formed rant and apologies are issued and, I hope, new lessons are learned.

4 Things About the Times of Israel ‘Genocide’ Blunder