ISIS Aimed at Ideals When They Destroyed Jonah’s Tomb 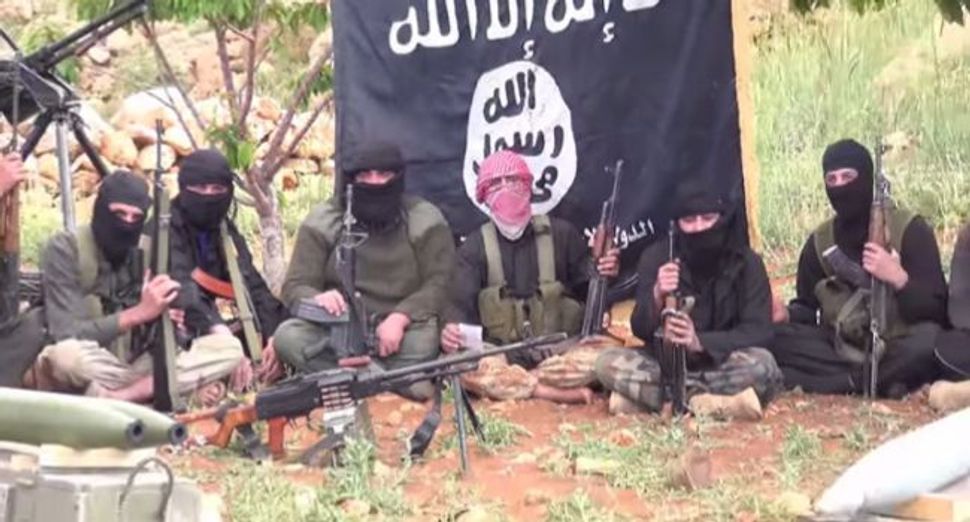 Militants: The fighters of ISIS stand against the universalism represented in the Jonah story. Image by Getty Images 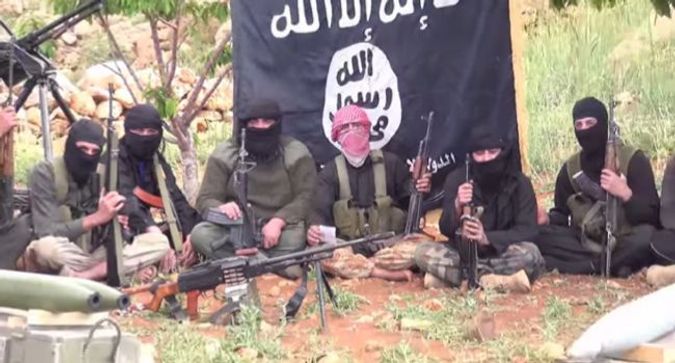 Militants: The fighters of ISIS stand against the universalism represented in the Jonah story. Image by Getty Images

The Sunni extremists of ISIS who recently in Mosul destroyed the shrine that is believed to mark the tomb of the prophet Jonah knew what they were doing. What they almost surely did not know is the special poignancy that attaches to their deed. Jonah was not a run of the mill prophet, if there is such a thing. He was very specifically a prophet of universalism.

The Jonah story is familiar. God tasks him with going to Nineveh, there to “proclaim judgment upon it, for their wickedness has come before me.” Jonah sought to escape from the mission that had been given him. He boarded a ship bound for Tarshish, he told the sailors that he was “fleeing from the service of the Lord;” then came the storm, then came the whale, then came the repentance from their wicked ways of the king and all the people of Nineveh. God, seeing this, relented — and that “displeased Jonah greatly.”

And then: When the sun was blazing hot, God provided a plant that offered Jonah shade — and on the very next day, a worm that caused the plant to wither. Jonah was so grieved that he wanted to die. And God said to him — here comes the moral of the story — “You cared about the plant which you did not work for and which you did not grow, which appeared overnight and perished overnight. And should I not care about Nineveh, that great city in which there are more than a hundred and twenty thousand persons who do not yet know their right hand from their left, and many beasts as well?”

So ends the story.

The wonder is that some time 1500 or more years ago, the rabbis decided that this story, a story not only about God’s forgiveness but also about God’s universality, should be read in the synagogue on that most particular of all holidays, on Yom Kippur. We don’t know exactly when the haftarot, the Biblical readings attached to our worship services, were selected and assigned. But whenever it was, the rabbis who did the assigning made a choice. Two choices, actually. The bolder of the two was the reading from Isaiah that begins, “Is this the fast I have chosen?” Sackcloth, Isaiah says, doesn’t do it. Feeding the hungry, clothing the naked — these are the kinds of things that are required of us. And then comes the reluctant prophet, Jonah.

Jonah was reluctant to go to Nineveh because he knew how disposed God is to forgiveness. So why waste the time? The end was clear. And in fact (if the story is to be believed, though most Bible scholars think the entire narrative is concocted) that is exactly what happens, with breathtaking speed. Nineveh is “an enormously large city, a three days walk across.” Jonah, after just one day traversing in the city, announces that “forty days more and Nineveh shall be overthrown.” Immediately, the king who reigned in Nineveh proclaimed a fast, “took off his robe, put on sackcloth and sat in ashes.” And then he announced a draconian fast, not only for the people of Nineveh but for all its animals as well. Indeed, even the animals were to be covered with sackcloth. (Some commentators take this last as an effort at humor.)

A midrash places one final line in Jonah’s mouth: “Conduct Your world according to the attribute of mercy!” The midrash pinpoints the lesson Jonah should have learned from this episode, and that every reader must learn: Do not lament the capacity of people to turn from their evil ways, to repent; celebrate that capacity. Do not lament God’s readiness to forgive; celebrate that readiness.

Alas, those who destroyed Jonah’s tomb, we are entitled to assume, had no inkling of either its content nor its moral. ISIS is not given to contemplation, much less to repentance. It is a murderous mob of people drawn together by their hatred, determined to impose their extreme views on all who fall within their sway. Unlike other rebel groups in Syria, ISIS is working towards an Islamic emirate that straddles Syria and Iraq. With aims such as these, it is difficult if not downright impossible to imagine rational conversation, productive negotiation.

Ah, if they’d only read Shakespeare, specifically the Merchant of Venice, where Portia observes that “The quality of mercy is not strain’d, it droppeth as the gentle rain from heaven upon the place beneath. It is twice blest: It blesseth him that gives and him that takes.”

No gentle rain here, no mercy; not twice blest but twice cursed.

ISIS Aimed at Ideals When They Destroyed Jonah’s Tomb