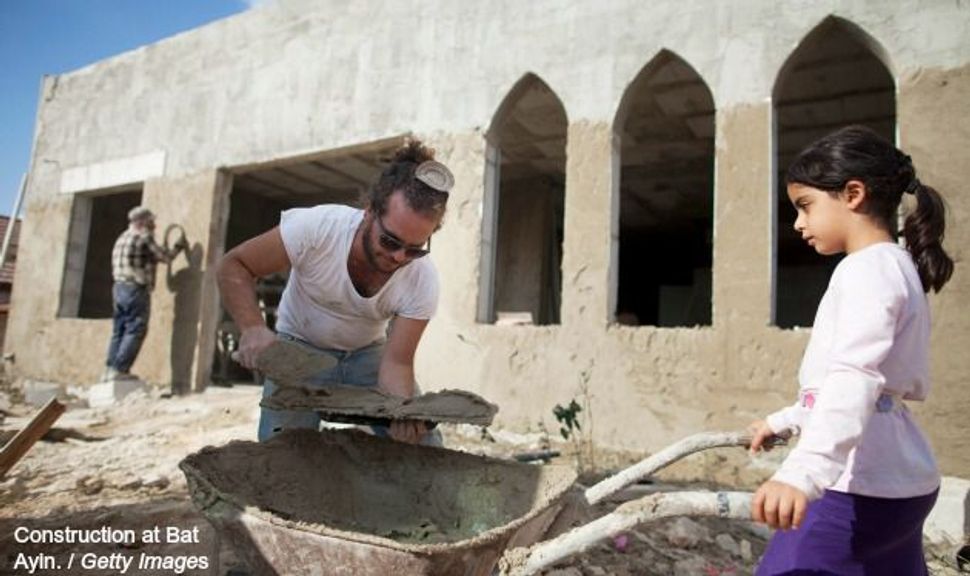 Hours before Israel’s Knesset voted Monday evening to disperse and head to elections, Prime Minister Netanyahu asked the finance committee to approve an “emergency” grant to settlements in the West Bank of some 160 million shekels ($40 million).

The allocation request was blocked in committee by the ranking representative of the opposition Shas party on the committee, Yitzhak Cohen. Cohen is an outspoken peace advocate and a close ally of Shas leader Arye Deri.

A revote on the settlements grant was then rescheduled for Tuesday by committee chair Nissan Slomiansky of Naftali Bennett’s settler-backed Jewish Home party.

On Monday evening, following the committee’s rejection of the settlements grant, the Finance Ministry submitted a request to the committee for a $38 million allocation to the Shas school network, Ma’ayan HaTorah.

Lapid’s party, Yesh Atid, condemned the school funding request as an attempt to buy Shas’s votes for the settlement grant. Yesh Atid asked the Knesset legal adviser to investigate, but was turned down.

Cohen of Shas countered that the school allocation was merely an installment of a routine allocation to Shas schools, contained within the 2014 state budget approved by the Knesset months ago. He said it would not affect Shas’s votes on the settlements grant.

The Finance Ministry confirmed Cohen’s account of the allocation request. However, the prime minister’s office said it was unaware of a previous approval for the allocation.

The Settlement Division is a nominally independent body, attached to the non-profit WZO but funded by the government, that carries out most of the contracting work for settlement construction and expansion in the territories. Its status as a stand-alone section of an international non-profit organization is a little-known but important part of the reason why the settlement movement is frequently able to operate outside the normal constraints of Israeli law.

The World Zionist Organization is an international confederation of Israeli and diaspora Zionist organizations, including subsidiaries of American Reform and Conservative Judaism along with B’nai B’rith, the Labor Zionist group Ameinu, the Zionist Organization of America and others. Most of its activities are educational and are financed by the diaspora-funded Jewish Agency for Israel, of which the WZO is the founder and part-owner. The Settlement Division is the only WZO section funded entirely by Israeli taxpayers and not diaspora donors.

At the same time, because the diaspora representatives on the WZO’s governing bodies view the Settlement Division as a separate entity accountable to the government, they allow it to operate without the controls applied to other WZO divisions. This administrative limbo is an important source of the impunity with which the settlement movement is allowed to operate.

The settlement funding request could offer an pre-electoral boost both to Netanyahu and Jewish Home leader Naftali Bennett. Netanyahu is fending off long-shot leadership challenges from Likud hardliners Danny Danon and Moshe Feiglin, and while neither is likely to dislodge him, they allow the hardliners to paint the prime minister as too soft, weakening his appeal in an election that’s looking increasingly tight.

As for Bennett, he’s facing a challenge from the leader of the most extreme hardline settler faction within his bloc, housing minister Uri Ariel. Ariel has threatened to pull his Tekuma faction out of Jewish Home and run separately in the upcoming election unless it gets a larger guaranteed voice. Bennett has been trying to portray himself as a potential national leader, causing him to take positions that Ariel says push the party leftward toward the center.

Netanyahu signed a pre-election non-combat agreement with Bennett, including an agreement not to attack each other during the campaign, as well as an excess-vote sharing agreement. A vote-sharing agreement lets two parties pool their excess votes — votes that exceed the number needed to win a share of Knesset seats, but insufficient to gain another seat. If the two cooperating parties have enough leftover votes between them to win one more seat, it goes to the party that contributed the larger share. Similar agreements were signed this week between Labor and Meretz, and between Avigdor Lieberman’s Yisrael Beiteinu and Likud defector Moshe Kahlon’s as-yet unnamed new party.