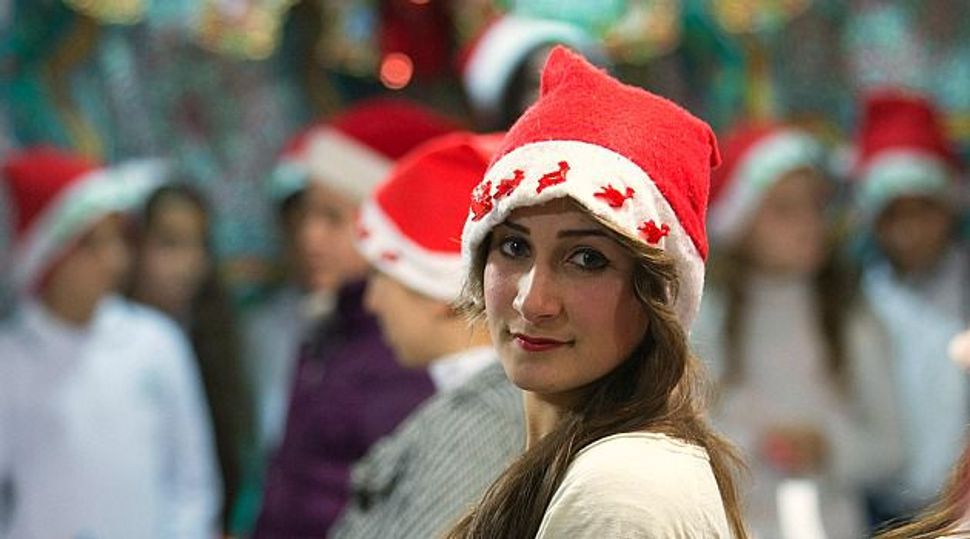 As a Jew, I’m not literally celebrating Christmas — it’s not my tradition. But I will spend the day celebrating the fact that Christians are proudly observing their traditions amid relentless persecution.

This year has seen more global persecution of Christians than any other in recent history:

The U.S. Center for the Study of Global Christianity has estimated that 100,000 Christians die every year because of their faith, while the Washington-based, non-partisan Pew Research Center has said that Christians today face some form of discrimination in 139 countries – almost three-quarters of the world’s nations. There are Christians in jail for blasphemy in Pakistan. Churches are being burned and worshippers slaughtered in Nigeria and Egypt, which has seen its worst anti-Christian activity in recent years.

Religious persecution is a very real part of the Jewish experience, with blood libels, expulsions, pogroms, forced conversions, massacres, culminating in the murder of over 6 million Jews in a 20th century Holocaust. Christians today are experiencing these types of atrocities more than any other religion.

Historically, anti-Semitism in Europe and elsewhere was religious based. It was often wrongly committed in the name of Christianity as a collective punishment for the supposed crime of killing Jesus. Persecution of Jews hit a peak in the Middle Ages during the first and second Christian Crusades.

Today of course Jews and Christians share a special relationship of trust, love and mutual respect. Gone are the days of Christian persecution. Today we stand united fighting for religious freedom around the globe.

As Jews we just celebrated Hanukkah. It marks our historical victory over Greek oppression in which our ancestors fought and died for what they believed in: to preserve the right to Sabbath, circumcision, ritual slaughter, and political liberty.

Christians around the world are waging this very same battle today as modern day Maccabees standing up to the forces seeking to vanquish their way of life. In this battle, I stand with my Christian brothers and sisters this Christmas.