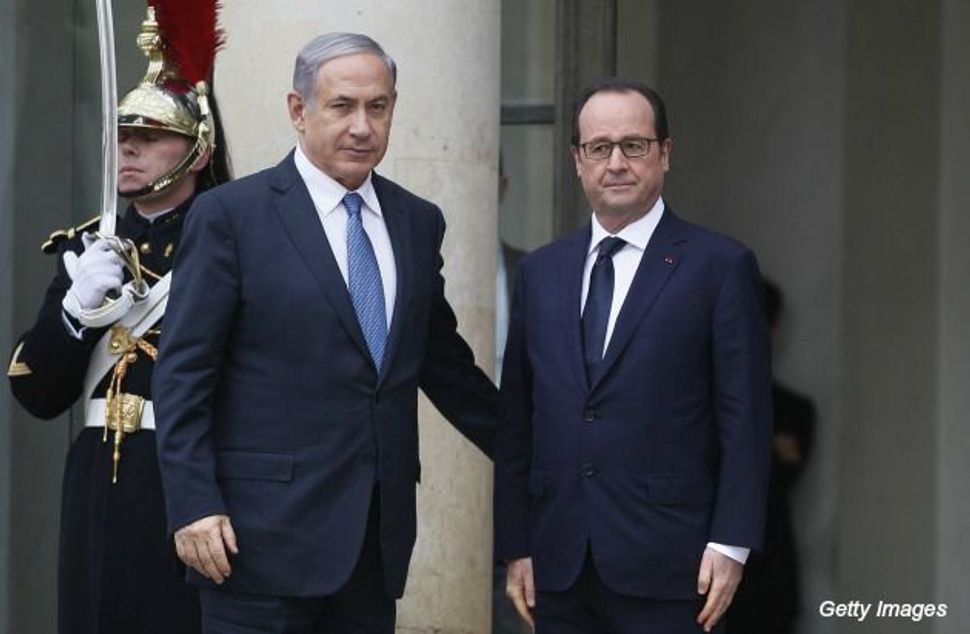 A classified Israeli foreign ministry document, leaked to the daily Yediot Ahronot, warns that 2015 will see Israel’s standing on the world stage steadily deteriorating. It predicts “worsening drift in Europe toward Palestinian positions, more parliaments recognizing the State of Palestine, fear of sanctions and labeling merchandise [to separate settlement products from tariff-free Israel-proper products] and no certainty that the United States will continue after Israel’s March elections to protect Israel with its veto.”

The document is said to be a summary of an interministerial assessment roundtable convened by foreign minister Avigdor Lieberman, and is signed by foreign ministry deputy director-general Gilead Cohen. It was circulated to Israel’s ambassadors around the world, Yediot reported.

In addition to labeling settlement products and parliamentary votes to recognize Palestine, the foreign ministry document warns of European nations halting the supply of replacement parts for Israeli equipment and demanding compensation for damage caused by Israel to European projects in the territories.

“The Europeans are creating a clear link between political and economic relations, and in this context it should be remembered that Europe is Israel’s main trading partner.”

European diplomats and politicians increasingly view Israel as responsible for the failure of Israeli-Palestinian peace talks, claiming that Israel sets unreasonable conditions for a peace agreement in order to continue deepening its hold on the West Bank.

The tensions surrounding Prime Minister Netanyahu’s visit to Paris this week are an outgrowth of that growing gulf of suspicion. As Haaretz diplomatic correspondents Barak Ravid and Asher Schechter both reported, French president Francois Hollande initially asked Netanyahu not to come to Paris for the Sunday solidarity rally, because he wanted to avoid injecting the divisive Israeli-Palestinian issue into the rally’s theme of national and Europe-wide unity and solidarity.

Once Netanyahu announced that he was coming, Hollande made clear to him that Palestinian leader Mahmoud Abbas would be invited as well.

Netanyahu has said repeatedly since last week’s Paris attacks, in his initial sympathy statement and again in his remarks Monday at the site of the kosher supermarket attack, that the terror plaguing Europe is the same as the terror Israel faces. He said he hoped Europe would “wake up in time” to the terrorist threat. He continued: “Israel supports Europe in its fight against terrorism and it’s time Europe supported Israel in the same fight.”

His comments have caused resentment in France. Like most of Europe, French leaders regard Israel’s conflict with Arab terrorists as fundamentally different from the jihadist terrorism spreading from Syria to the European continent. The Israeli-Palestinian conflict is seen as a territorial dispute, albeit with religious overtones where Hamas is concerned, while Al Qaeda and ISIS are seen as essentially nihilistic movements that seek to undermine Western civilization.

As for “waking up” to the terrorist threat, French observers note that they are carrying the fight against Al Qaeda in Mali on their own, had one of the largest NATO troop contingents fighting the Taliban in Afghanistan and maintain what’s considered one of the best counter-terrorism intelligence operations in the West.

In effect, Netanyahu’s call for Europe to “wake up” and “support Israel” in its struggle against terrorism is seen as a demand that Europe acquiesce in his effort to entrench Israeli presence in the territories, rather than withdrawing and permitting a Palestinian state based on the pre-1967 lines.