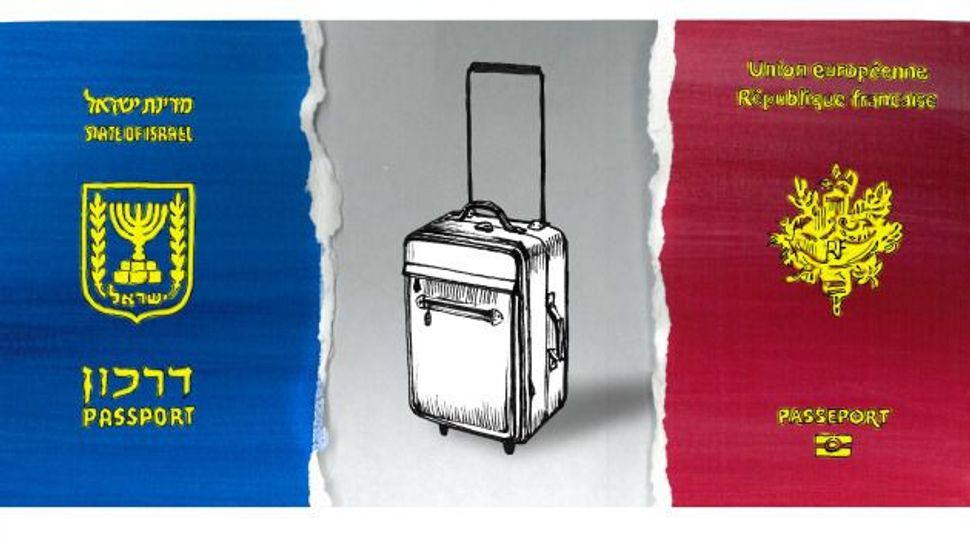 No sooner had the deadly siege of the kosher supermarket in Paris come to an awful end than Israel’s political leaders issued their emphatic pleas for French Jews to emigrate.

“To all the Jews of France, all the Jews of Europe, I would like to say that Israel is not just the place in whose direction you pray,” Prime Minister Benjamin Netanyahu said in a televised statement, referring to the Jewish practice of facing Jerusalem in prayer.

“The state of Israel is your home.”

And no sooner had Netanyahu uttered that encouragement of aliyah (ascent) — even before he positioned himself at the front of a million-person march in Paris — did some European Jewish leaders push back, hard.

“Aliyah is one’s personal yearning and should definitely be a goal for the state of Israel,” read a statement from Rabbi Menachem Margolin, general director of the European Jewish Association, a federation of organizations and communities across the continent.

“However, anyone who is familiar with the European reality knows that a call to Aliyah is not the solution for anti-Semitic terror,” he continued. “The Israeli government must increase security for the European Jewish community, rather than just repeat Pavlovian calls for Aliyah after every terror attack.”

There it is, the existential Jewish dilemma — do we stay or do we go? — now brought into high relief by the bloody drama in Paris, and the escalating sense that the latest manifestation of anti-Semitism in France has reached a level that makes continued life there unsustainable.

Putting aside the unfortunate timing of Netanyahu’s latest plea — really, couldn’t he have waited until the four bodies of the Jews murdered January 9 were buried? — the dynamic between those who believe that all Jews belong in the land of Israel, and those who insist that there is still a future for Jews who make their home elsewhere, has been a pulsing tension ever since Zionism became a viable movement more than a century ago. Netanyahu’s aggressive pitch is only new in its public intensity.

The prime minister can’t be blamed for being an avid salesman. After all, he and many of the other government pitchmen, including Avigdor Lieberman and Natan Sharansky, did just what they advocate, leaving the country of their birth to establish a new life, in some cases with a new name, in Israel. But Netanyahu must at least acknowledge the insensitivity of the optics, and the effect of ignoring the deep ambivalence of many Jews to relinquish their French identities.

Zionist ideology posits that Jews can only be safe and fulfilled in the land of Israel, and clearly — with a population reaching beyond 6 million now and immigration continuing despite sporadic violence — a steady stream of Jews agree. But must we continue to negate the Diaspora, turn it into a place either frightening or vapid, where the twin terrors of anti-Semitism and assimilation threaten the future, in order to boost Israel?

In the last few years, it seemed as if the relationship between Israel and Diaspora Jews was maturing into something less pejorative and transactional, not so much about what can you do for me and more about what can we do together. We can’t let this latest crisis substantially alter that healthy momentum.

After all, the 20th century is filled with the painful lessons of what is lost when Jewish communities are decimated or displaced, when they are no longer there. In 1911, according to data from the Institute for Jewish Policy Research, the vast majority of Jews in the world lived in just two empires, both of which no longer exist — 5.2 million in the Russian empire and 2 million in Austria-Hungary. Of the ten nations with more than 100,000 Jews, only three — the United States, Morocco and Turkey — were outside Europe. (And Turkey is debatable.)

A century later, the list looks entirely different. France moves from tenth place to third, while Canada, Argentina and Australia now have enough Jews to qualify. But after the Holocaust emptied out Eastern Europe, Israel and the U.S. understandably became powerful neodymium magnets; of the 13 million Jews in the world, more than 11 million live in just those two countries.

We know what has been gained. Think of what has been lost. Don’t we owe it to the Diaspora Jews wishing to stay put to support them?

“Jews in France clearly feel that last week’s events were a turning point in their lives,” writes Smadar Bar-Akiva, executive director of JCC Global, a network of Jewish community centers. “Yet the calls for French Jews to pack their bags and make Aliyah are disturbing and self-defeating…[I]t will be more constructive to help French Jewry continue the educational and social work that they are already doing.”

It is not just Israeli officials who must recognize and support this work, of course. More urgently, European governments must do much more to ensure the safety and acceptance of their Jewish citizens. The French experience only proves the point: First the Jews were attacked. Then journalists. Then Jews again. The Jews are often the early warning system for a society about to come under siege.

“In many European countries, Jews have long represented an irksome reminder of the blemishes on the nation’s moral standing,” writes Yascha Mounk in Foreign Affairs. Jews are also the test case for diversity, an early indicator of whether other minority groups will find acceptance and be able to contribute to the society’s growth.

Europe needs its Jews as much as some Jews still need and want a place in Europe. Even if immigration to Israel understandably increases, it is our duty to redouble support for those Jews who wish to remain where they are.

Besides, after so many nations in the last century murdered or expelled their Jews, should we really encourage more Jews to flee?