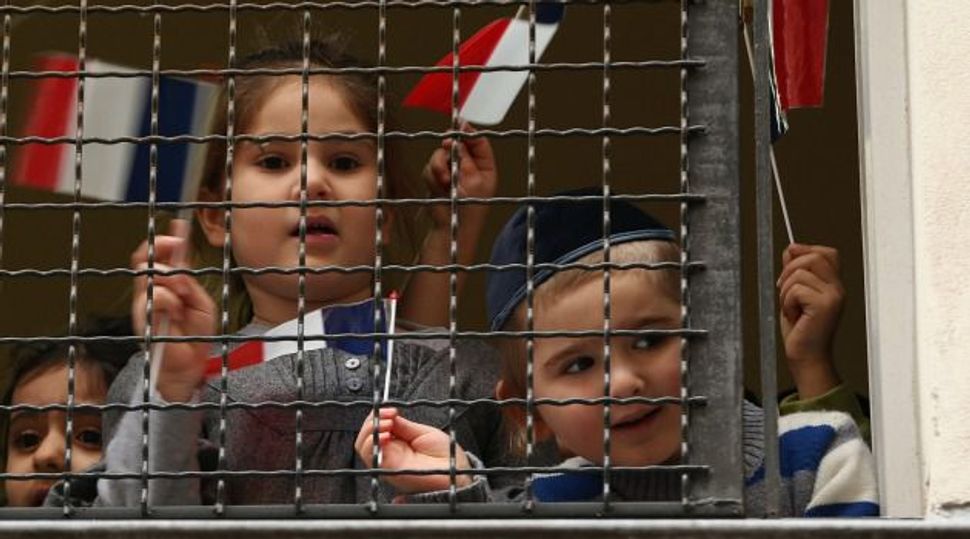 That’s why I fly to Paris – to let my fellow and sister Jews know they are not alone, that Jews around the world care deeply about the assaults so recently befallen them. 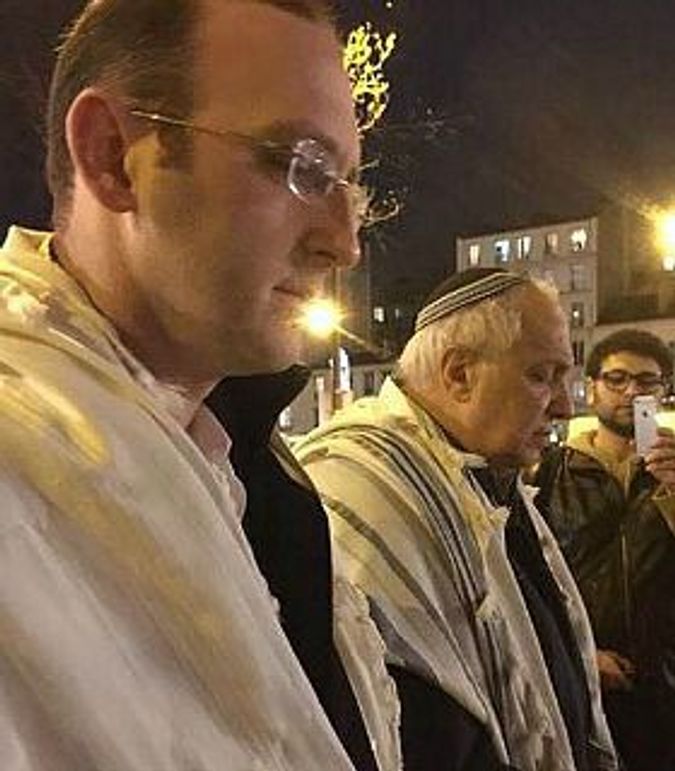 My wife, Toby, and I had been in Israel celebrating the bar mitzvah of our grandson Noam when we heard of the horrific terrorist attacks in Paris – at Charlie Hebdo and at the Jewish kosher supermarket Hyper Cacher.

I’ve always felt a pull to go where I might be able to provide some comfort – though now that I’m past 70 these decisions don’t come easily. But at the El Al counter in Israel’s Ben Gurion Airport, heading home to New York, I spontaneously blurt my wish to stop in Paris en route – to the resigned but understanding concerns of my supportive wife, Toby.

As I write these words my flight is landing in Paris. I speak no French, and have a wary relationship with modern technology. I have only names of French rabbis and Parisian leaders. God willing I’ll be joined tomorrow by Rabbi Yehuda Sarna, of New York University, Rabba Sara Hurwitz, Dean of Yeshivat Maharat, and Rabbi Adam Scheier, a graduate of Yeshivat Chovevei Torah and Rabbi of Congregation Shaar HaShomayim in Montreal.

We have no set itinerary, no meetings planned. We’re just coming because we must. With our brothers and sisters in need, we must do our small share: to just stand with them.

Having cleared customs, I expect I’ll need to wrangle a cab ride to my hotel; instead I am delighted to be met by Isabelle, a sister of one of my Riverdale congregants. Before long we head to the heavily guarded kosher shop so recently attacked – just to pay a small remembrance. We say a silent prayer as we go by.

We decided to go to the funeral of the slain victims of the kosher market massacre. From there, they would be flown to Israel for burial. Isabelle weaves through the very congested Paris traffic, making an illegal right turn over the Seine River where only taxis can pass and precisely at the right moment we arrive at the scene where the casket of one of the murdered was being escorted by many hundreds of people.

I jump out of the car, lower my head, join the throngs. Tears flow as I recite the sentence from the Psalms: May the Lord guard your going out and coming in.

As my hotel is just a few minutes’ walk from the Great Synagogue, I take the opportunity to pray the afternoon service there. I make my way through the winding streets to the majestic edifice only to discover it’s closed and barred, a policeman standing guard. My heart sinks in disappointment.

“Don’t judge a person until you’re in their place,” the rabbis say. But I couldn’t help myself.

It just seemed to me that in the face of the attack, synagogues should especially be open. I cross the street to get a better view. Blazoned across the synagogue’s three arched doors are the words, “And I shall make them joyous in My house of prayer.”

But no Parisians are joyous today, not in this house or any other. Everywhere are gendarmes (literally, “armed people” – police and soldiers) poised to act at a moment’s notice.

Many phone messages await my return to the hotel. Thanks to the hard work of many, meetings and talks across the Jewish spectrum have been arranged for the next two days. I’m glad to see our outsiders’ response to the crisis is falling into place. After returning my phone calls, I venture out again and buy my first temporary phone from an Orange mobile store.

Chabad Rabbi Mendel Samama arranges for me to speak at a theater in celebration of the completion of Maimonides Code of Law. A thousand people attend, all screened by scores of cops. Chabad does great work in Paris – indeed, great work all over the world. Chabad lives the words of the Chassidic rebbe: “The whole world is a very narrow bridge, but the main thing is never be afraid.”

The Chabadniks sit me in the front row, where I am the only non-bearded rabbi amongst a line of many many. I’m reminded of the night in 1992 when Yankele Rosenbaum’s murderer was acquitted, when my clean-shaven face also stood out from among my Chabad brothers as we walked arm-in-arm across the Brooklyn Bridge to City Hall in protest.

I am called up to speak as part of a solidarity delegation from the States. I speak in Hebrew, looking out at the hundreds of upturned faces before me. Feeling as though I am flying, I share how, to a world of darkness, God declares: ‘Let there be light.’

This was the message of the Lubavitcher Rebbe: no matter the challenge, no matter the fear, remain optimistic. To our enemies, too, we must declare, “Am Yisrael Chai” – “The people of Israel live”

Many, many hundreds join in singing Rabbi Shlomo Carlebach’s tune to these words, to which the Chabad rabbi and I dance on the stage. I utter a silent tefillah. I wish there was no need to be here, but in the midst of the pain, how grateful I am to be in this place, at this time.

Rabbi Avi Weiss is senior rabbi of the Hebrew Institute of Riverdale. He is the founder of Yeshivat Chovevei Torah for men and Yeshivat Maharat for women