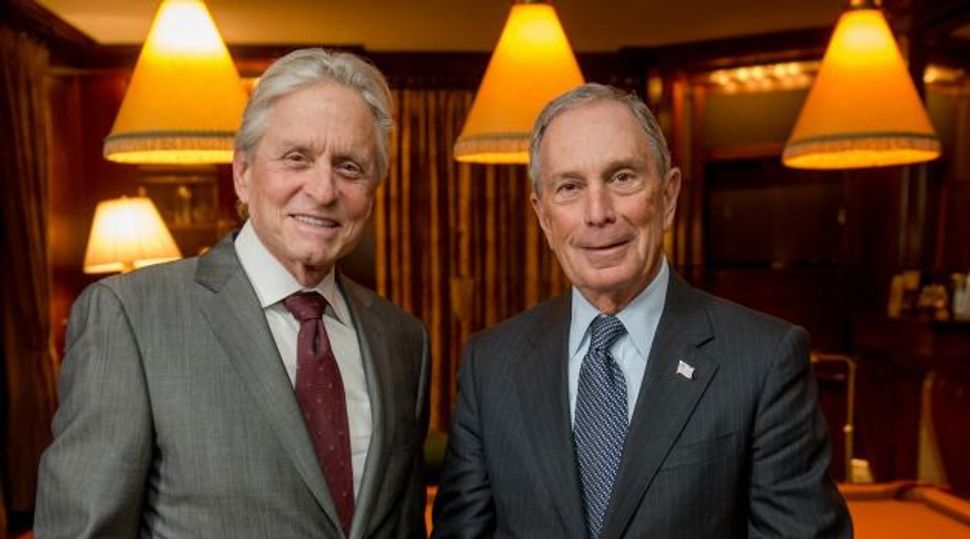 When Michael Bloomberg was named the first recipient of the Genesis Prize last year, I wasn’t alone in wondering why a billionaire businessman and politician whose Jewishness was mostly hidden and whose ties to Israel were tenuous at best was given such an award. But considering the noble intent of the prize, the money it offered — a million dollars! — and the stellar reputations of some of the organizers, I tried really hard to understand the selection.

I ended a column in the Forward saying I’d give it another year.

Time’s up. A new winner was announced today. He makes Bloomberg looks like a combination of Golda Meir, Louis Brandeis and, hell, even Moses in his public devotion to the Jewish people.

The Genesis Prize is a joint initiative of the Prime Minister’s Office, the Jewish Agency for Israel and the Genesis Philanthropic Group, mostly Russian businessmen who want to strengthen Jewish identity and highlight Jewish achievements across the globe. They make a splashy effort to solicit nominations and vet candidates. And they couldn’t come up with a more exciting, innovative, authentically Jewish name than a 70-year-old son of Hollywood whose most notable recent Jewish activity was to host a bar mitzvah for his son in Jerusalem?

Like Bloomberg, Douglas doesn’t need the money. (He and his family reportedly stayed in the $5,400-a-night Presidential Suite at the King David Hotel for the bar mitzvah.)

Unlike Bloomberg, Douglas isn’t Jewish according to Jewish law. His mother, who was from Bermuda with English, Irish, Scottish, Welsh, French, Belgian, and Dutch ancestry, was not Jewish. Nor is his current wife, Catherine Zeta-Jones — so officially his children are not Jewish, either. In a telephone interview with the Los Angeles Times, Douglas acknowledged that his selection would likely “not go without controversy or debate.” He added that as a Reform Jew in an interfaith marriage, he has often been made to feel estranged from his faith by Orthodox Jews.

Has he ever addressed these issues? Has he challenged the Jewish community to be more welcoming to people of another faith? Has he ever spoken up about religious pluralism in Israel or at home? Has he ever considered what he might face if his daughter wanted to read Torah at her bat mitzvah by the Western Wall in Jerusalem?

Well, now Douglas has another million dollars to do more than grumble. Israel has a new, wealthy, powerful friend in Hollywood. And the rest of us are left to ponder how the Genesis Prize can miss such an amazing opportunity to reward true service to the Jewish world. Again.