Who Speaks for the Jews? 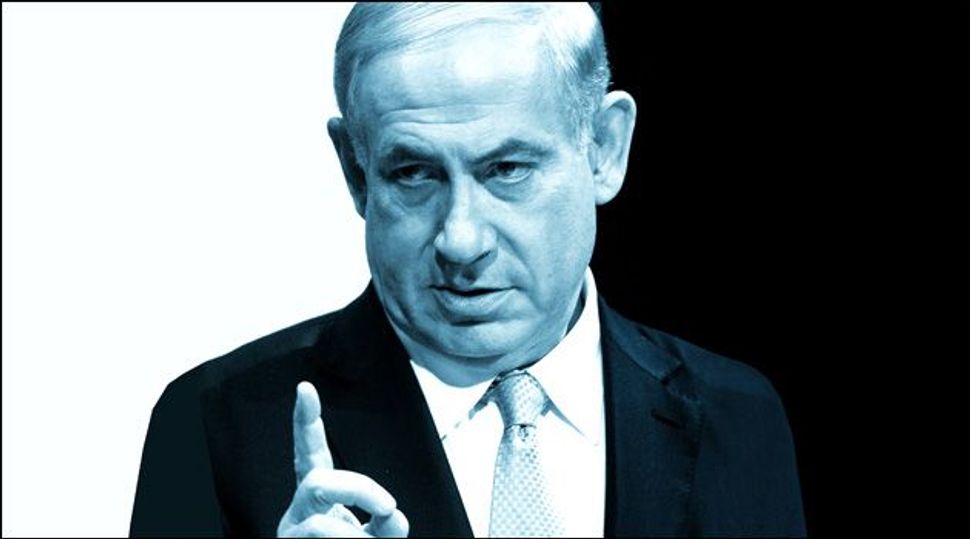 Who speaks for the Jews?

Knowing how diverse and sometimes fractious Jews can be, you’d think that would be a complicated question to answer. But Joe Scarborough, the conservative morning talk show host on MSNBC, seems to know with a certainty that eludes many Jews themselves.

He’s “basically a spokesman for Jews worldwide, that (sic) are getting slaughtered in the streets of Paris, that (sic) are facing unprecedented anti-Semitic attacks in recent memory,” Scarborough said in a long, emotional monologue February 9.

And: “The people of Israel and Jews across the globe need to know there’s at least one country — one country — that understands what they are going through, the anti-Semitism they face every day.”

Well, Joe, “they” are actually “us.” We are the Jews that you claim are represented by Netanyahu. Perhaps we shouldn’t blame you for making the connection. After all, the prime minister himself has repeated that claim in his defense for circumventing the White House to address a joint meeting of Congress in March at the invitation of the Republican speaker of the House.

“I went to Paris not just as the prime minister of Israel, but as a representative of the entire Jewish people,” Netanyahu said during a conference for French-speaking Likud activists February 8. “Just as I went to Paris, so I will go anyplace I’m invited to convey the Israeli position against those who want to kill us. Those who want to kill us are, first and foremost, any Iranian regime that says outright it plans to destroy us.”

Let’s pause for a moment, put aside the unforgiveable harm this invitation has done to the crucial American-Israel diplomatic relationship and examine the deeper issue here. Who does, indeed, speak for the Jews? Can anyone?

There are, by reputable accounts, about 14 million of us worldwide. In the past few years, Israel has become home to a plurality of that population, with more than 6 million Jews there now. The only population that comes close is the 5.3 million here in the United States according to the Pew Research Center’s 2013 survey, and the numbers are not increasing anywhere near the level of growth in Israel, which has the highest birth rate in the developed world.

So in a narrow sense, the prime minister of Israel does, indeed, speak for the largest concentration of Jews. There’s a snarky Twitter meme insinuating that because only 23% of Israel’s Jews voted directly for Likud, which is Netanyahu’s party, and close to 70% of American Jews voted for President Obama, the president received more votes than the prime minister and is therefore “the better spokesman for the Jewish people.”

That’s ridiculous. Israel’s parliamentary system doesn’t rely strictly on the popular vote. and whatever you think of Netanyahu’s policies, he legitimately assembled a ruling coalition in 2009 and again in 2013. (Not to forget his first election as premier, in 1996.) Whether he’ll retain office after March’s vote is, according to the latest polls, a toss-up, but for now it’s all his.

And yet there’s no denying that Netanyahu has expanded that position to encompass a far greater constituency abroad, and not just on what he considers the “existential” issue of Iran’s nuclear capabilities. By rushing to Paris to march, lecture and promote immigration to Israel after the terrorist attacks in January, he rankled many of the Jews he ostensibly was there to help, turning what should have essentially been a shiva call to comfort the grieving into an uncomfortable political exercise.

And by claiming to represent all Jews in his plea to a GOP Congress to defy a Democratic president, Netanyahu risks the “Israelization” or even the “Judaization” of the debate over Iran’s nuclear weapons. This is a potentially risky move. Israel’s best hope to stop Iran is to persuade America and her allies to stop Iran because it is in their interests, not just in Israel’s interests. And certainly not just in the interests of global Jewry.

As perpetual minority actors on the world stage, we Jews must be able to do whatever it takes to protect ourselves, yes. But we also have survived because we have learned how to align our interests with those who protect and appreciate us, and, let us hope, with forces of good. We have survived into modern times because we haven’t relied on one leader — a king or prelate or pope — and instead embraced the fact that we are diverse in more ways than we can count. Why even Israel’s hierarchical rabbinate has two chiefs, one for the Ashkenazim and one for the Sephardim. It’s hard to imagine American Jews settling on anyone to represent them — except, perhaps, for Jon Stewart (at least until the end of the year).)

It’s not simply that we are a fractious bunch whom even Moses had trouble controlling. At least since our great dispersion two millennia ago, we’ve learned to find vitality and sustenance in a dynamic pluralism that resists centralization.

Scarborough said at the end of his recent TV rant that unless you accept the anti-Semitism displayed in France as a pervasive reality, “you don’t understand what Jews are going through.”

Well, he doesn’t understand what Jews are going through. Not all our lives are consumed with terror and hate. Not all our lives revolve around Israel. Editors at the Forward have been penning editorials for more than a century, but we wouldn’t presume to speak for all Jews.

Neither should anyone else.

Who Speaks for the Jews?