What Will Prevent Another Copenhagen? 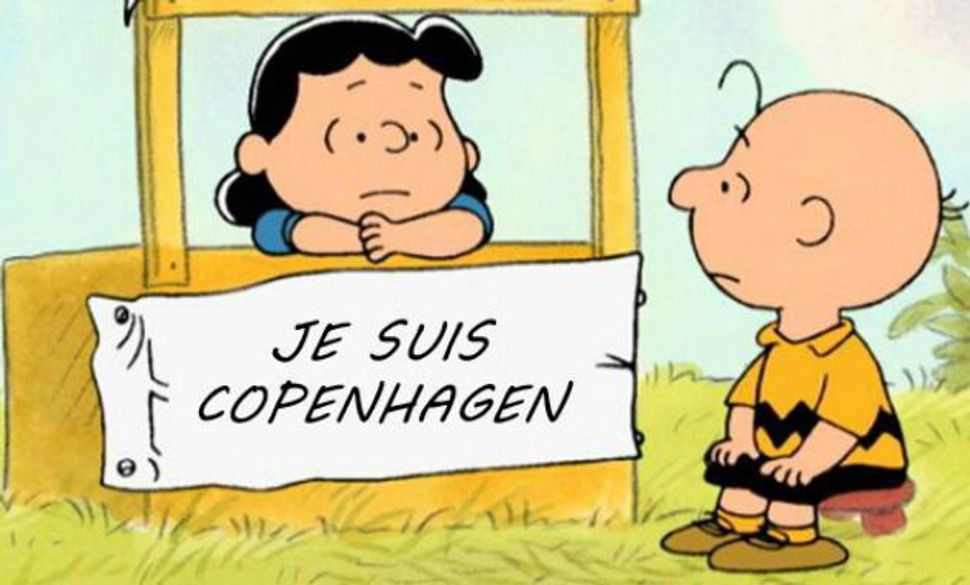 The worst part of this weekend’s horrifying terrorist attack in Copenhagen is, of course, that it happened at all, and resulted in the deaths of a young man guarding a synagogue and a film director attending a free-speech event.

The second-worst part is that there is no reason it won’t happen again.

While, as of this writing, Danish police have not conclusively established motive, it is fair to suppose that it is a copycat of the Charlie Hebdo murders and their bloody postscript at a kosher market in Paris. If true, the new pattern has been established: you can get murdered for drawing a cartoon, or for being Jewish.

These new attacks, as well as the whole, hideous trend of anti-Jewish violence in Europe, complicate the distinctions we usually make between anti-Zionism and anti-Semitism.

On the one hand, there are clearly anti-Zionist and anti-Israel motives at play. Islamists see themselves as being at war with America and Israel, and these acts are part of that jihad. In this form of Islamic extremism, there is no clear distinction between the political and the religious.

On the other hand, these are also anti-Semitic attacks, carried out against Jewish civilians in Jewish spaces. All Jews, simply by the condition of being Jewish, are held culpable for the acts of (or existence of) the Jewish state. Even without the presence of additional anti-Semitic stereotypes, this collective guilt is, itself, enough.

This, incidentally, is why a German court was so outrageously wrong when it declared that the firebombing of a synagogue was “political protest” and not anti-Semitism. The act was indeed a protest against the Gaza war — as all the evidence indicated — but it was also an act holding all Jews responsible for it.

(Ironically, the terrorists and Israel’s government agree on the intertwining of all Jews everywhere and the Jewish state. Prime Minister Netanyahu is preparing to speak to Congress on behalf of “the Jewish people.” He reiterated, after the Copenhagen attacks, that Israel is all Jews’ home — though when Jews outside Israel criticize his government’s policies, we’re told to mind our own business.)

But what can be done?

The liberal hand-wringing of European and American leaders — and, it should be noted, the governments of Saudi Arabia and numerous other Muslim countries — is not enough. Marches and vigils are nice, but they won’t stop the next attack. On the contrary, images of thousands of people in the streets — such glory! — might inspire the next murderer.

Conservatives, of course, would have us “get tough.” Put Muslim communities under surveillance. Clamp down on immigration. Launch reprisal attacks against ISIS, or Hamas, or whoever.

Such actions may make some people feel good, and they would outrage others. But would they work? Would they prevent another attack? Of course not.

The West must fight Islamist terror as ruthlessly as possible, using both liberal and conservative tools, while setting aside the weaknesses of each ideology.

We must crush rejectionists like the Islamic State (conservative) and strengthen our moderate Muslim allies (liberal). We must neither assign collective responsibility (as conservatives sometimes do), nor shrink from the reality that Islam, unlike other religions, is disproportionately being used as an excuse for violence (as liberals sometimes do). We must act slowly and deliberately (which conservatives dislike) but with a clear moral goal in mind (which makes liberals uneasy).

Right now, we are failing at many of these tasks.

How well are Israel, America and Europe supporting moderate Muslims? Does the lack of an Israel/Palestine peace process strengthen moderates, or Islamist rejectionists? How clearly have we, on right and left, identified the enemy (Islamist extremism — neither Islam nor “extremism” generically) and understood the many factors that cause it to prosper? What are we doing to influence those factors (economic, social, political, religious), which cause, but do not justify, the terrorism now gripping Europe?

And if it is true that Israel is the state of all the Jews, then should we re-examine the ostrich-like policies that the Jewish state often pursues, beloved of its far-right nationalist fringe, but rightly criticized by security hawks of all ideologies?

Acting skillfully, methodically and ruthlessly is not the same as scoring political points. It plays better on TV to strap on a flight suit, or rattle sabers against Iran. It probably feels good to get cheers at a political conference by calling for ever-tougher measures against the bad guys, or ever more settlements, or ever more jingoistic nationalism. At a different conference, it might feel equally good to demand an end to “Israeli apartheid,” as if that fully explains the murders and the bombs.

Of course, neither Israel nor America should base its policies on the whims of terrorists, just as cartoonists shouldn’t stop drawing cartoons. Whatever one makes of such policies, they surely should not be dictated by those who murder innocent people in synagogues. But to have any hope of preventing the next terrorist attack, they should not be based on a billionaire’s whims, or the messianic hopes of apocalyptic evangelicals, or the rage we all feel at moments like these, or Islamophobia, or partisan politics, or simplistic anti-Israel ideology, or simplistic pro-Israel ideology.

Our greatest hope against unreason is reason.

What Will Prevent Another Copenhagen?