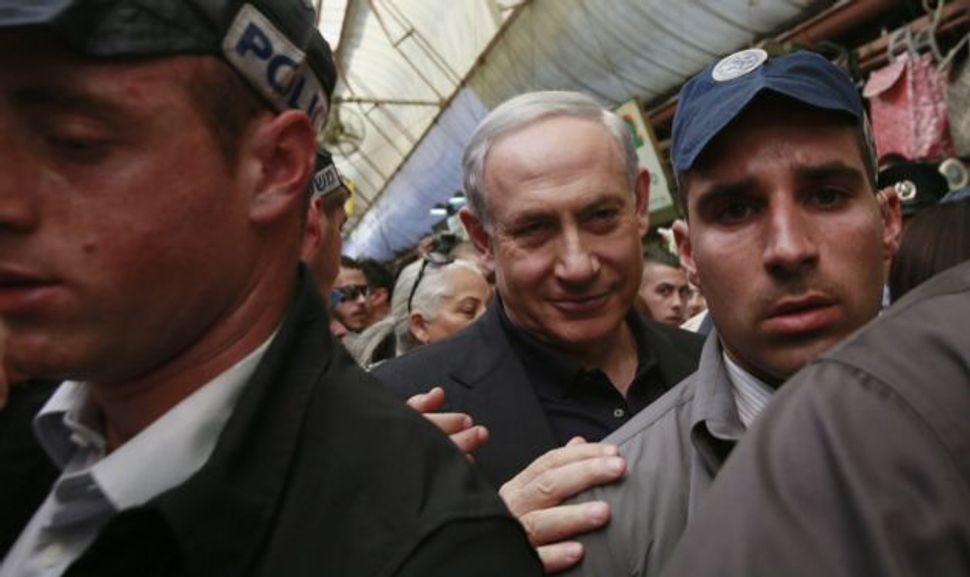 It’s well understood that Israel Prime Minister Benjamin Netanyahu’s speech to Congress was meant for domestic consumption: both in Israel, where he hopes it will bolster his chances of re-election, and in the United States, where Republicans and their shills hope it will drive Jews into the GOP’s arms. It also plays into his political strategy to focus on Iran rather than the Palestinians.

It’s been a maxim of the Right that all Muslims are the same. Hamas = ISIS = Iran = Boko Haram, as Pamela Geller’s ads declare. It’s a convenient story. After 9/11,the Bush administration convinced a majority of Americans that a secular Baathist dictator in Iraq was the same as a Salafist fundamentalist network based in Afghanistan. Thus, a war against the former was “payback” for the latter.

Then, as New York was healing from the worst terrorist attack in U.S. history, a bunch of Right-wingers argued that an interfaith-minded, Sufi-led cultural center was somehow a “Ground Zero Mosque” — a “victory mosque” that was meant to celebrate 9/11. Never mind that the Muslims behind Park 51 are regarded as heretics by Islamists like Al Qaeda, and that they are exactly the kind of moderate Muslims who will be essential in defeating them. No, to Right-wingers, there’s no such thing as a good Muslim.

Which brings us to the circus last week in our nation’s capitol.

The Iran that Netanyahu described in Congress was a fearsome one. But was it accurate?

I doubt anyone will ever do this experiment, but it would be interesting to measure Jews’ physiological response to the word “Iran.” I suspect we’d break the EKG. Ayatollahs, hostages, burning flags, Death to Israel chants, Ahmadinejad — the cascade of images and memories can be terrifying. And the fears are well-grounded; there are many in Iran, and in power in Iran, who would be happy to burn Israel’s six million Jews.

The question is whether those people have a monopoly on Iranian public opinion, whether they simply cannot be reasoned with, and whether they have no geopolitical strategy and are instead savage anti-Semites bent on destroying Israel.

The answer, to all three parts, of course, is no. Iran is a place of diverse political views. No one can sugarcoat the insanity of former president Ahmadinejad, but his are not the only views found in the ruling CCA party, or certainly in Iran more generally. And let’s remember that only three years ago, the streets of Iran were filled with pro-democracy protests. This is not to say that all Iranians and all Israelis love each other, left-wing political theater notwithstanding; only that there are countless degrees of political opinion, even within the ruling Islamists.

Nor can it really be maintained that the Iranian regime cannot be reasoned with. Isn’t that what the U.S. did in the Iran-Contra affair in the 1980s? And isn’t it what we are doing right now, allying with Iran against ISIS?

And isn’t it even what Netanyahu’s own “alternative” — more sanctions, more threats — require? If Iran is really led by a bunch of crazies, his alternative wouldn’t work either, would it? If Iran’s leaders are truly nuts — as ISIS’s leadership does, in fact, seem to be — then what could sanctions and threats do? Probably they would only make matters worse; a cornered animal is the most dangerous of all.

Do many in Iran, including in its leadership, want to destroy the “Little Satan”? Yes. But is that their sole geopolitical strategy? No. They are, in fact, rational actors, intent on expanding Shiite influence in the Middle East, as against Sunni leadership in Saudi Arabia and elsewhere. That is one reason Iran is working alongside the United States to stop ISIS in Iraq: to expand its sphere of influence and combat radical Sunni ideologies.

In fact, the “Iran” Netanyahu describes is largely fictive. It reflects the Islamophobic stereotype that “Force is all the Arabs (or non-Arab Muslims) understand.” (This is why Israel has to “mow the lawn” in Gaza, a pleasant euphemism for carpet bombing and massive civilian casualties.) It also reflects a total ignorance of actual intra-Muslim dynamics.

The fact is, Iran is not Boko Haram is not Hamas is not ISIS. They are wildly different ideologies, different political contexts, different religious orientation, different goals. In some cases, these groups are bitter enemies of one another (which is why it made headlines when Boko Haram’s leader switched his allegiance from Al Qaeda to ISIS last week). From the perspective of a New York city bus, they may all “look the same.” But that perspective is distant, ignorant, and stupid.

And it is the perspective Netanyahu featured in his speech. Netanyahu’s description of Iran was not a reasoned one, based on facts, details, and statistics. It was one which plays on the exact opposite: ignorance.

Of course, Netanyahu is not, himself, ignorant. But he is cynical (surely even his admirers would admit that), and in describing the Iranian Boogeyman, he knows full well how it will play with American and Israeli Jews who are, variously, traumatized, concerned, anxious, battle-scarred, ignorant, Islamophobic, or bigoted. They all want to kill us. We have to be strong. You can’t make a deal with the devil.

These are not voices of reasoned analysis — they are voices of fear. And they often lead to unwise, dangerous decisions, as this paper’s editorial page has expertly described.

To be sure, there are irrational voices on the Left as well. Why can’t we all just get along. All of us are the same. Give peace a chance. I don’t support these perspectives either, appealing though they may sound. They, too, are heart over head.

No, what American and Israeli Jews, and our allies, need is ruthless, cold, calculating analysis. We need to defeat radical Islamism where we can, contain it where we cannot. We need to strengthen moderates, and isolate, marginalize, or crush rejectionists. We must be methodical, rational, and, where needed, ruthless.

That is why Israel must stop ruling over three million stateless Palestinians, and why the best approach to Iran is engagement and diplomacy. Not because we are deluded, but the opposite: because we are ruled by our heads, not our hearts.