Why I Don’t Regret Sitting Out Israel’s Election 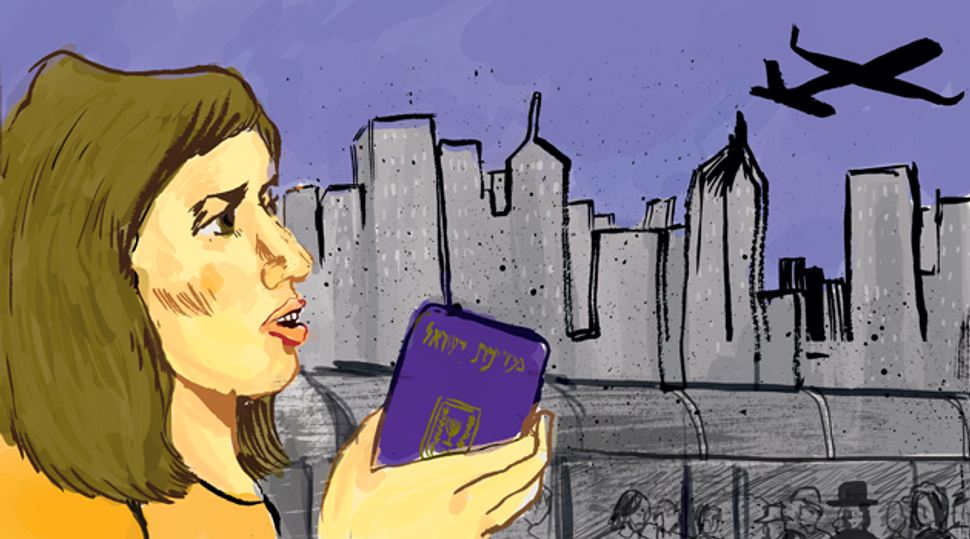 “Will you be writing a regret post about the election?”

A few months ago, I wrote about how I was debating whether or not to go home to Israel for the elections. Well, spoiler alert: I didn’t. Like many Israeli friends with families and jobs and New York rents to pay, I did not buy a ticket to Israel.

As the elections drew near, I felt my anticipation mixing with a creeping regret. “This election is important” was the message that echoed all over my social media feeds and the subtext in every phone conversation I had with my family and friends.

For Israelis abroad, this election meant something too. If things were to change for the better, so many of us would so happily return. For the sake of raising our children with our families around. For the sake of Hebrew and warmth.

Of the Israelis that I’ve met in my five years in New York, those who don’t want to go back to Israel seem to be a minority, not a majority. A real mahapach, a real change in government, would help the day of our return grow nearer.

“If it’s Bibi again, I will definitely regret not going back to vote” is what I thought a week before the election.

Israeli election day started out for me as a pretty Terrible Tuesday. “I’ve lost my voice both literally and figuratively today” I wrote on Facebook at 5 am, up with a sore throat. But as I read my Facebook wall, I found some hope sneaking in with the crumminess. My friends and family all across Israel were voting. Posting pictures with ballots that said Meretz or Zionist Union.

The day before, I asked that same Facebook hive mind what the Knesset would look like if only my friends and friends of friends were voting. That’s when a friend posted ivote and I got my answer. Well, I’m sure you won’t be surprised if I tell you that in that imaginary world, you’d be faced today with Prime Minister Zehava Gal-On, the head of the left-wing Meretz party.

On Tuesday afternoon, my family’s Whatsapp group did a round-up of their votes. If my family made up the Knesset, it would be a Buji party.

Mom: Crossing my fingers and toes.

This was the message flashing from my phone, less than a minute after the exit polls came in. So poignantly, my mother wrote: “Sad, sad, sad.”

“Meretz passed and Yachad didn’t 🙂 and Bennett crashed. That good news to me” my brother tried to comfort her.

“It’s all because grandma didn’t vote for Buji,” my mom tried to alleviate the mood.

“It’s all because I didn’t go back to vote,” I thought to myself, for a sneaking second.

And that’s my only regret: not being there after the deluge. Because my vote, I am now certain, would not have changed anything.

Because as I woke up this morning, I woke up to the future the Israeli people voted for. There was no tampering with the ballots. And while Netanyahu’s alarming statements about Israeli Arabs at the ballots could be considered undemocratic, he still got the majority of the votes.

This is what Israel wanted. Fantasy Prime Minister Zehava Gal-On is resigning, because she couldn’t bring in the MKs she promised. Buji is just a man with a ministry, not a king. And we’re back in bed with Bibi, whether we want it or not.

In the meantime, my social media feeds are pretty somber. A picture of a guy kissing his foreign passport went viral. More than one friend used the election results as an opportunity to announce they were leaving the country and I’m sure that many are secretly thinking of their own exit strategies.

The day of my return to Israel seems to grow further and further away. All I can comfort myself with is the fact that this is the last time it can be “Bibi again.”

Why I Don’t Regret Sitting Out Israel’s Election