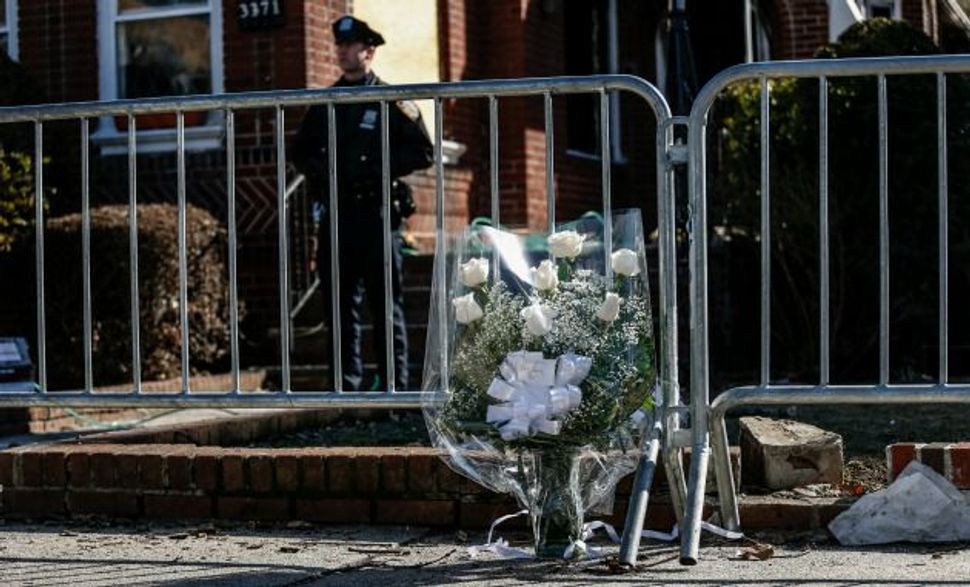 It seems some readers saw my Saturday night post about the deadly Brooklyn fire that killed seven children and decided it was a bigoted attack on Orthodox Judaism.

In case you missed it, I wrote that this is not the first time Sabbath fires — hotplates, candlesticks — have gotten out of control and killed people, usually children. I cited four other fatal fires since 2000. The combined death toll is 11. Several other fires have caused injuries, including one from a Hanukkah menorah. And the list probably isn’t complete. I noted as a point of comparison that the controversial Metzitzah B’Peh circumcision procedure has taken just two lives in the same period. The post was headlined “A Deadly Plague of Shabbat Fires.”

Readers had a variety of objections. Some noted that driving caused more deaths than Sabbath candles and sarcastically wondered why I didn’t address that. Others saw my mention of Metzitzah B’Peh as evidence that my agenda was to demonize ultra-Orthodox Jews or Orthodox Jews more broadly, since I was attacking practices characteristic of those communities.

A few points. First, it should be noted that neither Orthodox nor ultra-Orthodox Jews have a monopoly on Sabbath observance. I could say this in an indignant, wounded tone, but that would be beside the point. Suffice it to say that I wasn’t attacking Sabbath observance. I was noting that some of the practices we cherish carry risks and therefore require caution — and education. We tend to rely on common sense, but that isn’t enough.

Why, one reader asks, didn’t I mention auto accidents? Because they have the public’s attention already. Millions of dollars are spent each year by government, non-profits and the auto industry itself to minimize the dangers and save lives. Greater exercise of common sense could save those lives, but we do not rely on common sense alone. As a society, we do not hold poor judgment to be a capital offense. We correct our neighbors’ oversights, not out of hatred but from love.

“Thou shalt surely rebuke thy neighbor, and not bear sin because of him” (Lev. 19:17). (I always try to keep that verse in mind when I’m reporting.)

Enormous efforts go into ensuring that cars are safe, both at the manufacturing end and in the licensing and inspection process. These are enormously complicated machines, yet the public knows enough to try and ensure its vehicles are as safe as possible. The same is true of swimming pools and backyard grills.

Electric hotplates are much simpler devices. They require no great technological skill to check for the most common dangers, mainly in frayed cords. As for candles, most accidents seem to result from leaving them unattended near wooden cabinets, or standing unsteadily and at risk of toppling. These are things that can be avoided.

Accidents happen mainly because the public is not educated. We simply don’t discuss Shabbos safety. We should. But if we take each incident as an isolated case, without allowing ourselves an awareness of the trendline, we lull ourselves into apathy and neglect.

Why bring up Metzitzah B’Peh? Because it is a much more limited problem, and yet it gets enormous attention. Millions of Jews live in homes with Sabbath candles, and several times that number in homes with Hanukkah menorahs. The toll in death and injury is considerably greater — bearing in mind that we don’t know the full extent. And yet we don’t discuss the risks and teach safety.

The tragedy of the Sassoon family is a tragedy we all share — not only because all Jews are responsible for one another, not only because we are family, but also because it could have been any of us.

It’s a pity that so many Jews respond to bad news and questioning of our actions by circling the wagons, seeing only enemies and shreying gevalt. It’s especially troubling because it all too frequently prevents us from listening to the criticism, considering the advice and seeing how things could be improved. All the more so when children’s lives are at risk. They’re all our kids.