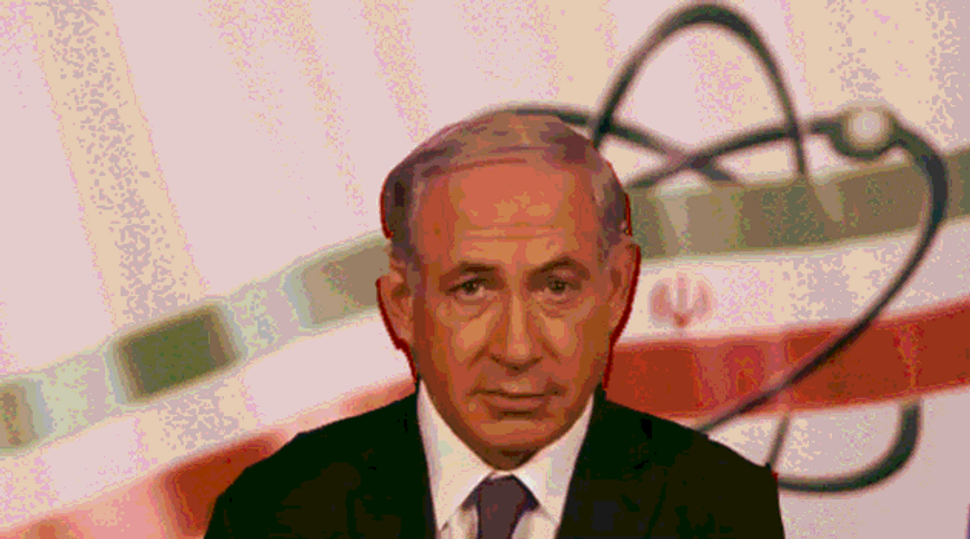 As the web indulges in polemics on Iran’s Preliminary Nuclear Deal, I’m seeing a lot of tweets and statuses asking why Israel succeeded in developing its nuclear capabilities without making the rest of the world nervous enough to prompt a forced inspection of its nuclear installations or threaten it with sanctions — while Iran (and Iraq, and Libya) failed to do so.

This question was also asked among many readers of my recent Forward article, “Revealing Israel’s Nuclear Secrets,” which cited the top-secret report that was declassified by the Pentagon in February, exposing for the first time the actual depth of the military cooperation between the United States and Israel. The report contains details about the development of Israel’s nuclear infrastructure and states that in the eighties, Israeli scientists were reaching the capabilities to employ hydrogen fusion.

So, why did Israel succeed while Iran failed?

The main difference between the two is that Iran’s nuclear program makes headline news, while Israel’s nuclear capability remains hidden in the shadows. The Israeli bomb lies in “the Basement.” It’s intended to be a weapon of last resort, the silent guarantor of the country’s existence in the face of hostile neighbors. Iran does not need a weapon of last resort because it is not currently intimidated or threatened by any of its neighbors. This is the basic distinction between the two.

Another important difference is that Israel is not a party to the Non-Proliferation Treaty. Iran is. Signing the treaty forbids the signer to be engaged in proliferation and production of nuclear weapons. And of course, Israel does not threaten to wipe any country off the map. Iran does.

Israel succeeded where many other states have failed mainly because, at an advanced stage of its nuclear program, Israel preferred to coordinate its development with the United States. Israel was always careful to meet the conditions set by the U.S. It made the purpose of its nuclear capability purely defensive, presenting the world with a display of nuclear ambiguity. Never — even in days of dire emergency, like the tense days in October 1973 following the surprise attack on Israel by Egypt and Syria — did Israel’s leaders warn enemies that it possessed nuclear capabilities.

You might say that Israel actually managed to convince everyone that it had at its disposal that amorphous entity known as “nuclear capability” and that it intends to use it only to achieve effective deterrence, without making the rest of the world anxious, while countries like Iraq and Libya and Iran failed to do so.

Practically, Israel’s founders began developing a nuclear-weapons capability in the 1950s. I believe that the primary idea originated during a visit David Ben-Gurion paid to the Bergen-Belsen concentration camp in occupied Germany in the autumn of 1945, two months after the bombing of Hiroshima and Nagasaki. The existential fears aroused by the Holocaust certainly played a major role in the construction of the Dimona reactor and the other facilities that enabled Israel to build its nuclear capacity. All the architects of the project were haunted by what had happened to the Jews in Europe during the Second World War. Ben-Gurion’s scientific adviser, Ernst Bergmann, summed it up: “I am unable to forget that the Holocaust took the Jewish people by surprise. This nation cannot permit itself to be so deluded again.”

Surprisingly, it wasn’t the U.S. but France that helped Israel build out its nuclear option. During the fifties, the two countries — France and Israel — had a common adversary: Egyptian President Gamal Abdel Nasser. Israel watched with fear how the Soviets equipped Egypt with weapons, and France faced an Egyptian-aided rebellion in its North African colony of Algeria. Israel provided France valuable intelligence about the rebels in Algeria and agreed to team up with France and Britain in the 1956 Suez war — the crisis that evolved after Nasser nationalized the Suez Canal. Israel joined the initiative to regain French-British ownership of the canal, and in return France provided Israel with a package of nuclear facilities that enabled it to build Dimona.

Once Israel’s nuclear program was exposed, the U.S. opposed it, but eventually was convinced to endorse it — so long as it remained secret. And without the approval of the American administrations, Israel could not have achieved its nuclear capability.

The controversy between the U.S. and Israel on the future of the Israeli nuclear project was the main issue in the relations between the two countries for more than two decades. The Kennedy Administration opposed it and President Lyndon Johnson approved it only tacitly. The big change was made by President Nixon’s administration — better to say by his Foreign Secretary, Henry Kissinger — when they made an historical secret decision to grant legitimacy to the Israeli nuclear plan.

An Israel that possessed the nuclear option was a more valuable asset to the defense of Western interests in the Middle East than an Israel without such an option. The indications of that policy were twofold: President Nixon ceased to press Israel to join the NPT and dropped the surveillance of Dimona. In exchange, Israel committed itself to maintain an official ambiguity about the program.

Michael Karpin is an Israeli journalist and author of “The Bomb in the Basement — How Israel Went Nuclear and What That Means for the World” (Simon & Schuster, 2006).