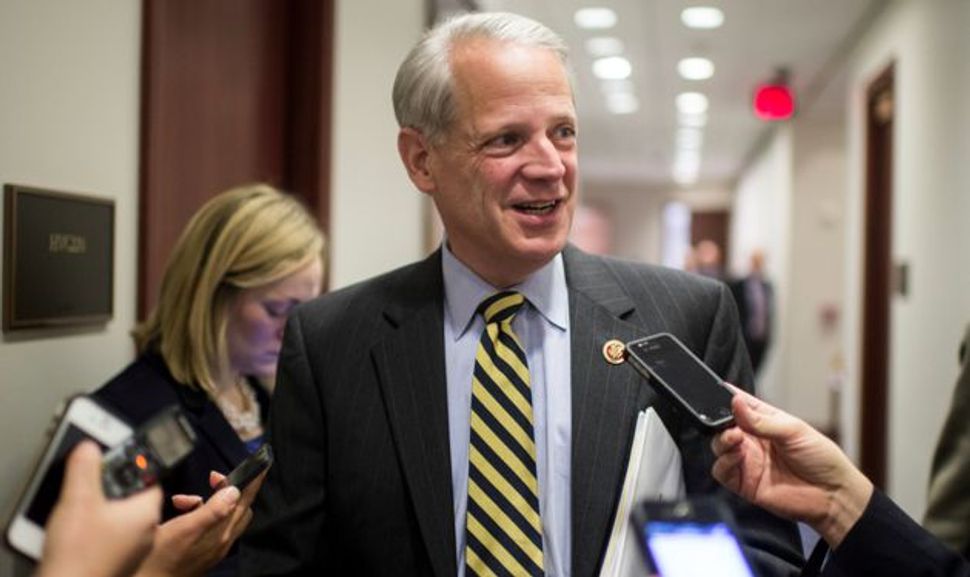 These are challenging political times for American Jews. Rarely have loyalties and core values been so unsettled. It’s not just that America and Israel are at odds. Loyalty to the Jewish homeland seems in conflict right now with loyalty to the liberal values of most American Jews, and to the Democratic Party that champions them.

Tension between America and Israel has been mounting since Barack Obama and Benjamin Netanyahu entered office almost simultaneously in 2009, wrenching their countries in opposite political directions. Disputes have risen and ebbed, mostly over the Palestinian conflict. But they peaked this winter over Iran. Many observers call this the worst patch ever in U.S.-Israel relations.

It’s not. Tensions were worse in the first Bush administration, during James Baker’s Palestinian negotiations in 1989 and again over loan guarantees in 1991. They were worse still in 1975, when the Ford administration declared a “reassessment” of U.S.-Israel relations and suspended arms shipments for six months, beyond anything Obama’s done. And nothing compares to Israel’s 1956 showdown with Eisenhower over Sinai.

If this confrontation feels worse, that’s partly because it’s Israel’s first serious conflict with a Democratic administration. That adds an extra layer of American Jewish angst. Different, too, is the relish with which this Israeli government sallies forth to battle, egged on by its Republican allies to treat Obama not as a misguided ally but as an enemy. In a larger sense, this confrontation isn’t just a policy debate — it’s part of a war waged against liberalism by the right in Israel and America.

The skirmishes span an array of venues, from the Conference of Presidents to presidential primaries, from Jewish film festivals and Hillel House lecture series to the floor of the U.S. Congress.

King fired the first shot in a Boston Herald Radio interview on March 20, two weeks after Netanyahu’s congressional address. Asked about Democratic opposition to the speech, King volunteered: “I don’t understand how Jews in America can be Democrats first and Jews second and support Israel along the line of just following their president.”

Israel (the congressman), who’d actually helped escort Israel’s prime minister (confused yet?) into the House chamber, fired back the next day in a tweet, insisting, “I don’t need Congressman Steve King questioning my religion or my politics.” He demanded an apology from King and a “repudiation from GOP.” King, sensing an opportunity for a bar brawl, tweeted back: “Real men make such requests face 2 face & man 2 man.” Israel replied that King was “mashugana.”

A week later the Democrat took to Politico.com to issue a more detailed retort. He accused Republicans of playing a “dangerous game,” seeking to “dropkick Israel” (the country) like a “political football,” thereby making American support seem divided, which he called an “existential threat to Israel.” He ridiculed the idea that there was “daylight between Israel and being a Democrat.”

“Especially galling,” he wrote, was the Republican implication that “Democrats like me are failing the loyalty test.” “Never before,” he wrote, “have I worried about the dual loyalty idiocy.”

How far we’ve come. Once upon a time, accusing Jews of dual loyalty meant claiming they were more loyal to some foreign entity, whether Israel or international Jewry, than to America and its elected government. Now American Jews are accused of being more loyal to their own government than to the Jewish state. We live in wondrous times.

Unfortunately for Israel (the congressman), his rosy picture of unbending Democratic support for Israel (the country) is a bit outdated. Careful readers may recall the embarrassing flip-flop over Jerusalem as Israel’s capital at the 2012 Democratic National Convention — deleted by the platform committee, reinstated in a floor vote that sounded suspiciously negative but was ruled positive and then roundly booed. Nor was that an isolated incident. Liberals have been getting increasingly uneasy with Israel of late. You can blame whichever side you like, but facts are facts.

A new survey by the Pew Research Center, released just before the Iran framework, shows a dramatic difference between Democratic and Republican feelings about Israel. Among Republicans, 79% profess sympathy for Israel (51% a lot, 28% some). Among Democrats the figure is 57% (21% a lot, 36% some). Nearly as many Democrats, 54%, sympathize with the Palestinians as with Israel. Among Republicans, 33% profess sympathy for the Palestinians.

The King-Israel rumble and the broader Iran debate have unleashed a cascade of media comment about Jews and Democrats, why they’re so firmly linked and whether that’s changing. Some claim, as historian Joshua Zeitz wrote in Politico, that Jewish liberalism goes back to the radicalism brought here from Russia by Jewish immigrants before World War I. Others say, as political scientist Kenneth Wald told the Washington Post, that Jews support whichever party champions church-state separation, the basic condition for Jewish equality. “Since the New Deal at least, the Democrats have been that party,” Wald said, though it’s been “disrupted” at times, as during the late 1960s when Democrats adopted racial favoritism.

Conservatives predict we’re about to see another such disruption because of Obama’s Middle East policies. An April 7 Pew survey seems to confirm that. It shows Jews identifying themselves as Democrats over Republicans by 61% to 30%. Contrast that with Pew’s 2013 survey of American Jews, which showed Democrats outnumbering Republicans 70% to 9%.

In fact, organized efforts to detach Jews from the Democrats are as old as the Republic. The first attempt came in 1800, when Federalists urged Jews — unsuccessfully — to reject Thomas Jefferson, the father of church-state separation, as an “enemy of God.” In 1860, Lincoln ally Abe Jonas suggested a plan to cut into Jews’ two-to-one Democratic preference. That didn’t work either.

History is never certain or permanent, but American Jews’ preference for Democrats comes close. Still, change does happen. Once the center of our political imagination was David, King of Israel. Now it’s all about Steve King and Steve Israel.