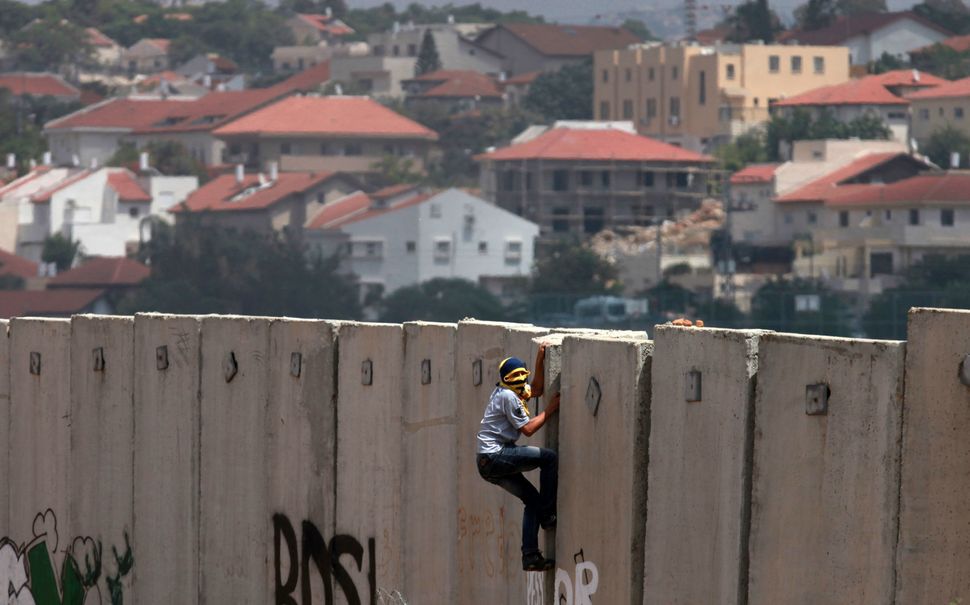 Both committees approved the amendments unanimously. Each committee then approved its version of the trade bill on a split vote, with Republicans in favor and Democrats divided for and against.

The nearly identical amendments require U.S. trade negotiators to “discourage politically motivated actions” by foreign countries and international organizations that aim to “penalize or otherwise limit” commercial relations with Israel or “persons doing business in Israel or in territories controlled by Israel.” The Senate Finance Committee took its action on Wednesday evening and the House Ways and Means Committee on Thursday evening.

A separate measure approved by the House panel as an amendment to the customs bill goes a step further and takes action against some foreign companies if they shun the settlements, as called for by 16 of the 28 member-states of the European Union.

A press release issued Thursday evening by the main sponsor of the House measure, GOP Rep. Peter Hoskam of Illinois, said the amendments “aim to counter the Boycott, Divestment, and Sanctions (BDS) movement against Israel by requiring U.S. trade negotiators to make rejection of BDS a principal trade objective in Transatlantic Trade and Investment Partnership (TTIP) negotiations with the European Union.”

“This is nothing short of a historic win for the U.S.-Israel relationship and a hammer blow to the BDS movement — a campaign solely dedicated to the delegitimization and isolation of our ally Israel,” Hoskam was quoted as saying.

The phrase “in Israel or in territories controlled by Israel” is identical to the language of an Israeli anti-boycott bill that was adopted by the Knesset in 2011 and upheld by Israel’s High Court of Justice last week, punishing Israelis who advocate either type of boycott.

The addition of the phrase “or in territories controlled by Israel” is significant because “Israel” is defined — in both U.S. and Israeli law — as the area inside the pre-1967 armistice line known as the Green Line. Despite the insistence of many pro-Israel activists that the Green Line never constituted a border, most of the territory captured by Israel in 1967 remains under the administration of the Israeli military and outside Israeli sovereignty as defined by Israel.

The Knesset extended Israeli civil law to the captured areas of East Jerusalem in 1967 and 1980 and to the Golan Heights in 1981, but none of the measures spoke of “annexation” or of extending Israeli sovereignty to those areas.

Most nations regard Israeli civilian settlements in the post-1967 territories as illegal under the Fourth Geneva Convention of 1949, which governs the treatment of territories captured by one nation from another nation in war and forbids transfer of the occupying nation’s civilians into the occupied territory. Israel says the convention doesn’t apply to the West Bank because the territory was captured from Jordan, which was not the legal sovereign. No other nation accepts Israel’s reading. The United States rejects Israel’s reading of the convention but has declined to label the settlements “illegal,” preferring to call them “obstacles to peace.”

This week’s congressional committee measures appear to be the first-ever formal step toward U.S. government recognition of the settlements’ legitimacy. None of the Capitol Hill sources contacted appeared to be aware of the explosive significance of the “territories under the control of Israel” clause.

The global BDS movement, launched in 2005 by a group of Palestinian non-governmental organizations, pressures governments, unions, companies, universities and others to end all commercial, academic and cultural ties with Israel “until it meets its obligations under international law.” It seeks to end Israel’s “occupation and colonization of all Arab lands,” attain “full equality” for “Arab-Palestinian citizens of Israel” and permit “Palestinian refugees to return to their homes.” Proponents are divided on whether or not they seek to eliminate the independent existence of the state of Israel.

Advocates of boycotting settlement products, by contrast, seek to protest the expansion of Israeli settlements in the West Bank, on the belief that settlements make it increasingly difficult for Israel to contemplate withdrawing from the territories, which they see as essential to ensure Israel’s long-term security.

Israeli rightists have sought in recent years to conflate the two efforts — boycotting Israel as a way of weakening it, versus opposing settlements as a way of ensuring Israel’s future — by referring to both as variants of global BDS. The aim is to cripple opponents of the settlements, both inside and outside Israel, by painting them as anti-Zionists opposed to Israel’s survival. The passage of the 2011 anti-boycott law by the Netanyahu coalition was a major victory for the right’s pro-settlement effort.

Far-right groups in the United States, including the Zionist Organization of America and some smaller groups, have brought that effort into this country in recent years. Among other things they’ve sought to bar Labor Zionists from running candidates in the World Zionist Congress elections; prevent the New Israel Fund and Partners for Progressive Israel, the parent organization of the pioneering Zionist youth movement Hashomer Hatzair, from participating in New York’s annual Salute to Israel Parade; and remove New Israel Fund donors from leadership positions in New York’s UJA-Federation.

The congressional anti-boycott amendments are attached to bills easing White House efforts to negotiate controversial trade agreements. Both versions specify that the new anti-boycott provisions apply only to negotiations with Europe over the Transatlantic Trade and Investment Partnership, and not to the better-known Trans-Pacific Partnership with Asia.

European boycott efforts currently in effect or in the pipeline that might fall under the new congressional measures are nearly all limited to the settlements, not to Israel proper. Moreover, the United States already has stiff measures on the books, going back to the 1970s, that target boycotts against Israel. The sole effect of the new congressional measures, therefore, is to extend U.S. protection to the settlements “in territories controlled by Israel.”

The Senate amendment was cosponsored by Democrat Ben Cardin of Maryland and Republican Rob Portman of Ohio. It was based on a stand-alone measure introduced by Cardin in March.

The House amendment was sponsored by Roskam and Democrat Juan Vargas of California. The language was taken from a far more sweeping measure that Roskam submitted to the House in February, the United States-Israel Trade and Commercial Enhancement Act (H.R. 825). It was adopted Thursday night as part of the Ways and Means committee’s markup of a customs bill.

Among other things, the Roskam bill would require the president to report to Congress on foreign efforts to boycott Israel or “territories under the control of Israel,” as well as on steps taken by the United States to combat boycotts. It would also amend the New Deal-era Securities Exchange Act of 1934 to require that foreign entities issuing stocks or bonds in the United States report any participation in boycotts, as well as any effort by a foreign government to induce them to boycott.

The bill makes reference to the American anti-boycott laws enacted in 1976 and 1979, which impose tax and other sanctions on companies boycotting Israel. However, a House staffer said the new measure doesn’t amend those laws to include the settlements, because they’re specifically targeted at entities complying with the Arab League’s boycott of Israel.