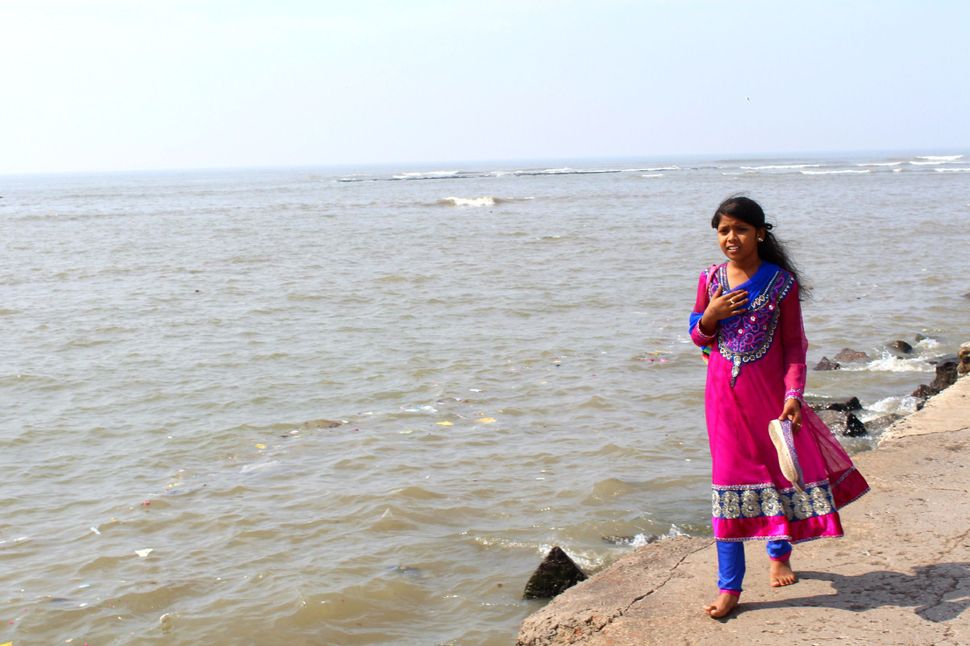 The Way of a Pilgrim: A girl removes her shoes on the way to Mumbai’s Haji Ali Dargah, where both Muslims and Hindus pray. Image by Sigal Samuel

“Wow, the ladies here wear saris to synagogue! Is that a Hindu influence?”

Nathaniel Jhirad, a 23-year-old Indian Jew in Mumbai’s Bene Israel community, hears this question a lot. Every time, he’s tempted to reply: “You wear skirts; that is not an ancient garment from the Mythical Land of Authentic Judaism!”

Jhirad’s fantasy riposte, told to me over a cup of coffee during my , sounds jokey. But it gets at an issue that I’ve come to believe is the single hardest thing for Western Jews to grasp when visiting this country: 68 years after India gained independence from its British colonizers, many of us — including Jews — are still colonizing it.

Read: Searching for My Indian Jewish Family, From Kabbalah to Bollywood

The Jewish tourist’s kneejerk “Hindu influence!” response seems petty to Jhirad, because it assumes that Bene Israel customs betray outside influences, while the tourist’s own clothes/accent/behavior are real Judaism — pure, original, uninfluenced — as if there is such a thing. “They see the local accents,” Jhirad said, “but they don’t see that their own Hasidic Yiddish or Hebrew accents are no more authentic.”

Worse, foreign Jewish educators — from Chabad, Israel and elsewhere — sometimes parachute in and, with the best of intentions, ignore or even undermine local 2,000-year-old customs.

In synagogue, Jhirad sometimes feels they are trying to “overpower” his voice, literally and figuratively. Since the age of 13, he said, “I have been stopped physically on the bimah and told, ‘this is not the way you do the prayer.’ And I have to fend this off on my own.”

Asked if the foreign educators make enough of an effort to learn about Indian Jewish traditions, 23-year-old Leya Elias told me she has yet to see rabbis participating in Malida, the popular Bene Israel thanksgiving ceremony. “They say it’s not a Jewish custom.”

“But it’s been an important part of our culture here since so many years!” her friend, 24-year-old Nikita Worlikar, interjected. “If they want to get to know the Bene Israel, it would be nice for them to be part of something we do on a regular basis.” Then she added: “If tomorrow we come to your home and say, ‘Oh, you’re doing this wrong, this is not the custom of how to do it’ — it’s very rude.” 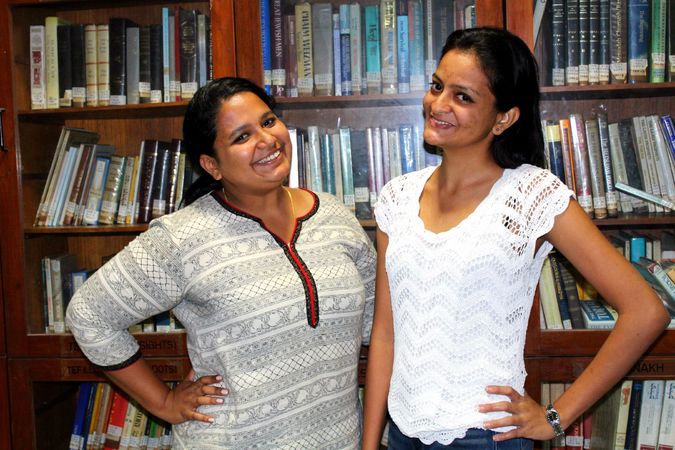 I heard similar comments from other Bene Israel Jews. JDC director Elijah Jacob recalled the time Chabad rabbis in nearby Pune brought alcohol into the synagogue — a big taboo in India — and tried to get the Jews there to drink; they were politely asked to leave and to take their vodka with them. Educator and kosher supervisor Sharon Galsurkar remembered an Israeli man decreeing at a Bene Israel meal that each person must recite a blessing over everything he or she eats — even though Indian Jewish custom dictates that only one person recites the blessing and everyone else just says “Amen.”

“These people have good influences,” Jhirad told me, “but they’re not leveraging the 2000-year-old Jewish history in India.”

When I asked Jhirad what it would look like for someone to properly leverage that history, he unhesitatingly delivered this five-part answer:

So, for example, a rabbi who notices Mumbai Jews removing their shoes before entering a synagogue shouldn’t scold them for breaking a prohibition against barefoot prayer, or assume that they’re copying their Hindu and Muslim neighbors. Instead, they should ask the locals about their rationale and do research before reporting back. Otherwise, Jhirad said, it’s just religious colonialism.

None of us are immune to this (often inadvertent) mistake. Even though my family comes from Mumbai, I myself fell prey to it. Taking a break from tracking down the source of my Indian Jewish family’s mystical rituals, I spent a day visiting first the Haji Ali mosque, then the Mahalaxmi temple, and finally the Sadhubella temple. Per the local custom, I took off my shoes at each site, until the soles of my feet got black. 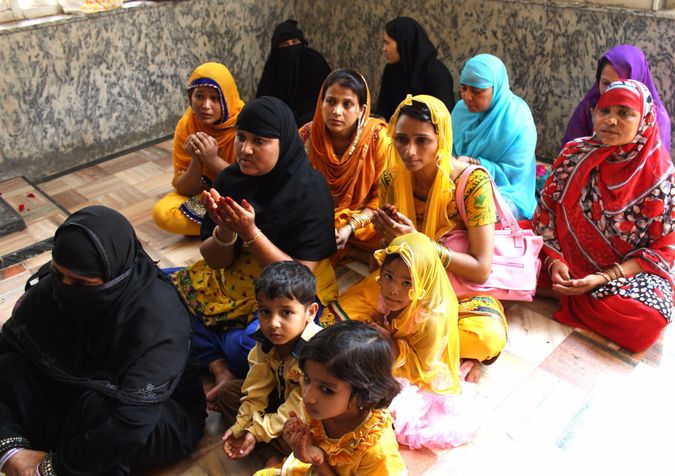 The Way of a Pilgrim: Worshippers pray barefoot at Haji Ali Dargah, a holy site for both Muslims and Hindus. Image by Sigal Samuel

So, when I later found Jews taking off their shoes at Shaar Harahamim synagogue, I assumed it was because they had absorbed their Hindu and Muslim neighbors’ custom.

But the Bene Israel told me otherwise. In separate interviews, both Jhirad and Jacob told me it’s a sign of extra respect shown at this synagogue because of its unique backstory. Both cited the biblical example of Moses taking off his shoes in front of the burning bush. Both said that this particular practice cannot be chalked up to Muslim or Hindu influence.

My first impulse was to doubt them, to argue back, to Jewsplain their own Jewish customs to them. I had to check that impulse. It wasn’t easy.

But who said it would be easy? The work of decolonializing our minds is hard; we don’t get a medal every time we succeed. We just get to not be that person — the person asking the eyeroll-inducing questions — the inadvertent colonialist.