So Apparently, My Name Means ‘Chickenshit’ in Hebrew 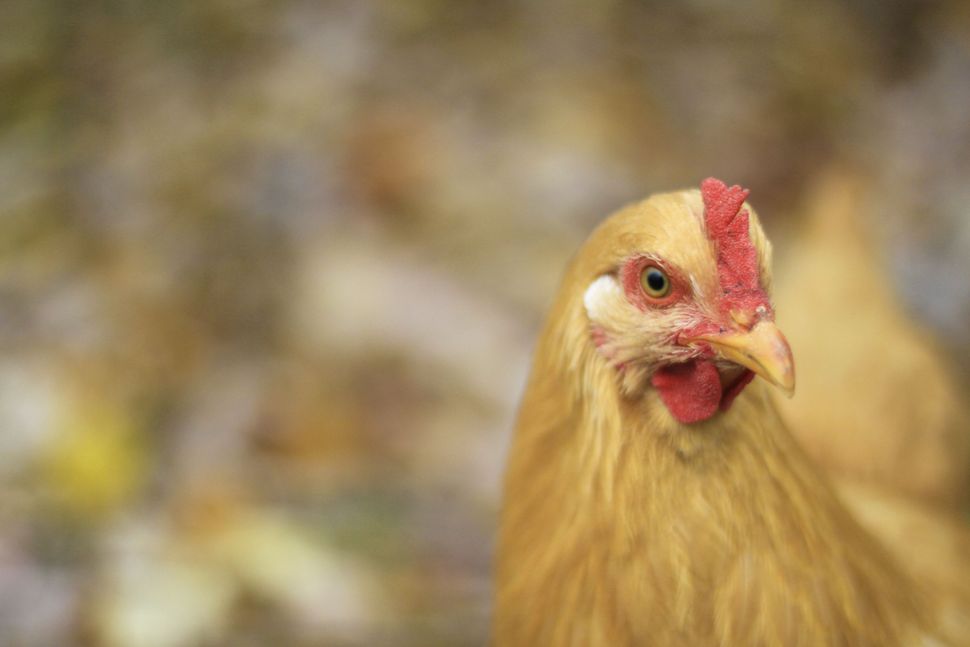 I was signing the lease to my new apartment in Israel when my landlord asked to see my passport. He looked down at my work visa, which was pasted on a page inside, and then looked back up at me.

My last name, Zeveloff, means “chickenshit” in Hebrew. Well, sort of. As Ben Sales, the Israel correspondent of the Jewish Telegraphic Agency, wrote after an Obama administration official reportedly called Prime Minister Benjamin Netanyahu “chickenshit,” the term does not exist in Hebrew. Most Israeli newspapers reporting on the incident used “pachdan,” which means “coward,” or “pachdan aluv” which means “lowly coward.”

My name, rather, is a literal Hebrew translation: “Zevel” is “manure,” and “off” is “chicken.”

Growing up, I was told that my last name in Russian meant “son of Zevel.” I know nothing about Zevel, only that his name carried through the generations.

A friend tipped me off to my name’s unfortunate Hebrew translation when I first moved to Israel last August. I promptly forgot about it until my new landlord reminded me in May. Since then, I have been hearing the “zevel” part of my name everywhere. It is also Hebrew slang for “trash.” At a recent Friday night dinner in Jerusalem, I listened to one of the guests help the host clean up after dinner, “This is zevel, and this is zevel, and this is zevel, right?” she asked. I couldn’t help but feel ashamed. “I’m zevel, too,” I thought to myself.

A couple of days later, a new friend in Israel wrote me on Facebook out of the blue. “Have you considered writing a piece for the Forward on how in Israel your very Jewish last name means chickenshit?” she asked. “Must be a great conversation starter for dudes.”

When I began to work on my article about immigrants to Israel who Hebraize their names, I decided it was time to come clean about my own lamentable moniker. I Skyped into the weekly news meeting at the Forward and told my editors, “Your new correspondent in Israel is named ‘Chickenshit.’” Luckily, they laughed.

I decided to ask the researchers at The Academy of the Hebrew Language about my problem.

“I’m sure if you came here in the ’60s, people wouldn’t let you for one day keep this name,” Gabi Birnbaum, a senior researcher, told me.

But over the past few decades, he assured me, Israeli society has become more open to foreign names. If I became an Israeli citizen today, he said, it’s unlikely that I would feel pressure to Hebraize my name, though it would no doubt elicit a chuckle from my new countrymen.

I asked Birnbaum’s colleague, Keren Dubnov, who advises new Israelis on how to Hebraize their names, to look into my name’s origins.

The news was better than I expected. “I think Zevel, like Zevil, is one of the Ashkenazi variants of the masculine Hebrew name ‘Zevul,’ which means ‘a high-lifted holy place of God,’ and is one of the names of the Jerusalem Temple,” she wrote me in an email. She added that the ending “off” stemmed from a Slavic possessive suffix that had been Frenchified.

So apparently my last name actually means “of a high-lifted holy place of God.” Couldn’t be further from “chickenshit” if I tried.

If I wanted to Hebraize my name, Dubnov suggested I go with Zevulun, a common Israeli last name with a similar meaning. “Nomi Zevulun.” I liked it, but there was something harsh about it. I missed the soft “off” at the end of “Zeveloff,” which always felt like a feathery flourish. (Perhaps one made of chicken feathers.)

In any case, I don’t plan on becoming an Israeli citizen. And even if I did, I’d probably be too chickenshit to change my name.

So Apparently, My Name Means ‘Chickenshit’ in Hebrew