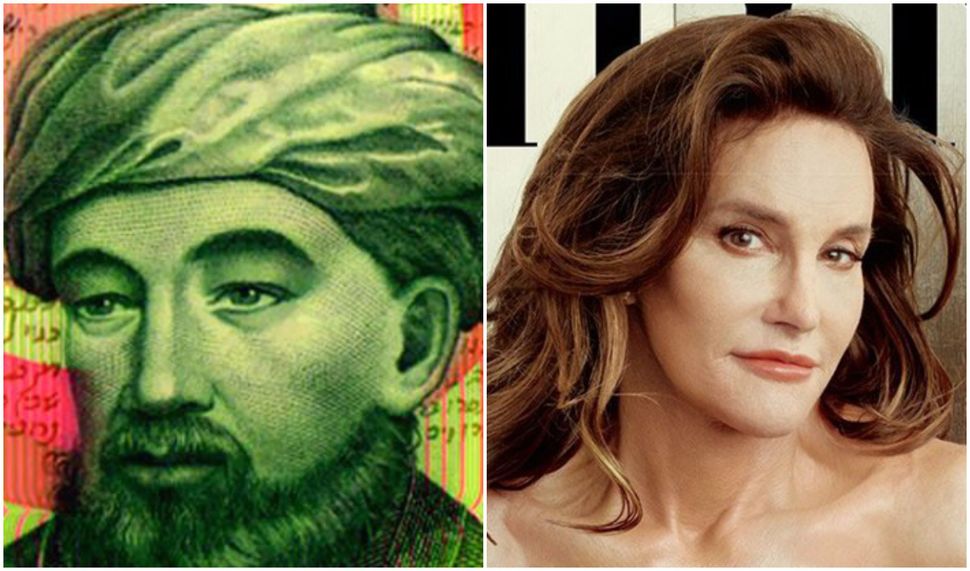 Since Vanity Fair released the “Call Me Caitlyn” cover on Monday, you’ve probably seen a flurry of comments about it on social media: some full of “YAAAS GIRL” positivity, and others spouting some variation on “This is still a man named Bruce Jenner and there’s not a feminization surgery or Annie Leibovitz photoshoot in the world that can change that.”

Mixed in with these responses, one by Rabbi Eliyahu Fink jumped out at me. Here’s what the California rabbi writes, citing Maimonides’ foundational work of Jewish law:

People who insist on calling Caitlyn by the name Bruce made me think of this selection from the Mishneh Torah. All three may apply.

“There are sins that are less severe, and even so, the Sages stated that one who frequently engages in such behavior will not have a portion in Paradise, and it is worthwhile to distance from these behaviors and to be extra careful with them:

1) One who creates a name for his friend that the friend finds derogatory.

2) One who calls his friend by a name the friend finds derogatory.

3) One who embarrasses a friend in public.”

These are some powerful words to consider in light of the Caitlyn Jenner story. Here we have one of Judaism’s most important rabbis warning us (in the 12th century!) that we will lose our place in Paradise if we call someone by a name that she finds derogatory — say, if we continue to call Caitlyn “Bruce,” or to refer to her by the pronoun “him.”

Many of Fink’s followers responded positively to his post, but others in the 150-comment thread quickly descended into a vortex of legalistic minutiae, wondering: Would this statement even apply to Caitlyn as a non-Jew? Would Maimonides really have called her “Caitlyn”?

In a phone call today, Fink clarified: “I don’t know, and maybe he wouldn’t, but that’s not what I’m saying. This law may or may not apply legally. But there’s a value that’s being taught by this law: that where there’s a preference when it comes to how a person is addressed, we have to be sensitive to it.”

Unfortunately, Fink said, many Orthodox Jews will apply a value if and only if the law that embodies it is deemed to apply to a given situation. The rabbi doesn’t blame Jews who act this way — when you’re trained from childhood to take this “hyper-legalized” approach to Jewish tradition, it becomes second nature. But it’s important to remember that our tradition is not just about laws; it’s about values of kindness encoded as law. And those values have independent merit, even in a situation where the law doesn’t apply.

“Call me Caitlyn” is one of those situations.