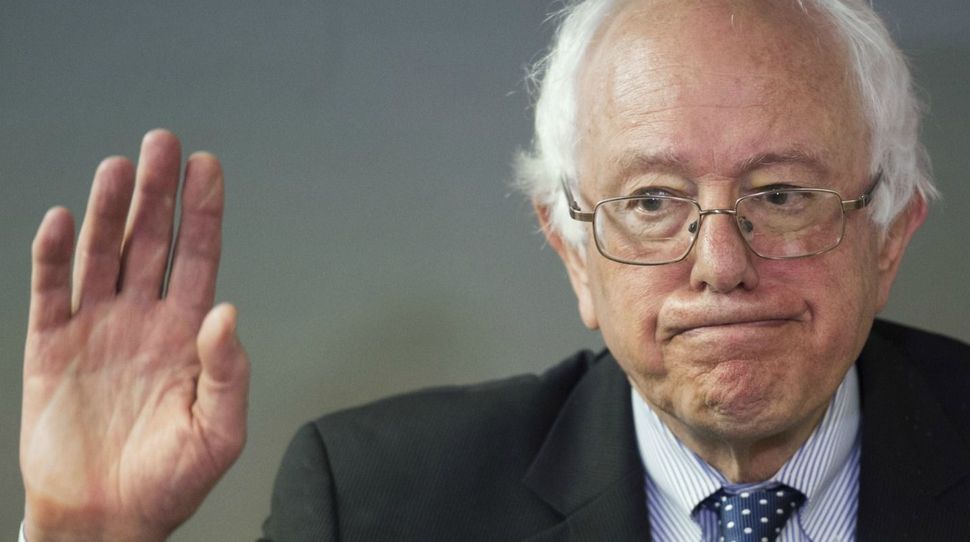 No, Bernie Sanders does not hold Israeli citizenship.

That much was apparent to all but a few internet oddballs. Or so we all thought till this morning, when nationally syndicated NPR host Diane Rehm quizzed the Jewish Democratic presidential candidate about the topic.

In an interview on The Diane Rehm Show today, Rehm stated, wrongly, that Sanders was Israeli.

“Senator, you have dual citizenship with Israel,” Rehm said.

“No, I do not have dual citizenship with Israel … I don’t know where that questioning came from,” Sanders said, taken aback. “No, I’m an American citizen, period.”

Rehm went on to attribute the question to “a list we have gotten.”

“That’s some of the nonsense that goes on in the internet, but that’s absolutely not true,” Sanders said.

Sanders, who is Jewish, has enjoyed an early surge since he declared his presidential candidacy in May, drawing large crowds to campaign events in Iowa. Polls still have him running a distant second to frontrunner Hillary Clinton.

UPDATE: In a statement posted to Facebook, Rehm apologized for the misstatement of fact.

Rehm noted that she had apologized to Sanders on the air. “I want to apologize as well to all our listeners for having made an erroneous statement,” she wrote. “I am sorry for the mistake. However, I am glad to play a role in putting this rumor to rest.”