Amid all the fuss over Treasury Secretary Jack Lew getting heckled at the Jerusalem Post Conference in New York on June 7, you might have missed the day’s biggest bombshell.

I refer to the nasty smackdown that morning between Post columnist Caroline Glick, the poison-pen darling of the pro-Israel far right, and two of the most storied figures in Israeli security, former Mossad director Meir Dagan and former military chief of staff Gabi Ashkenazi.

It happened during a panel discussion on the Iranian nuclear threat. Dagan, Ashkenazi and two other generals who shared the stage all argued that a negotiated agreement is preferable to military action. Then came Glick. Recalling her longtime advocacy of a military strike, she voiced “worry that some of the men on the panel with me have believed we could rely on America.” Then she tore into Dagan and Ashkenazi.

Her charge: The two had caused the current crisis in Israel’s international relations — and cleared Iran’s path to a bomb — by refusing an order in 2010 to prepare the military for an attack. 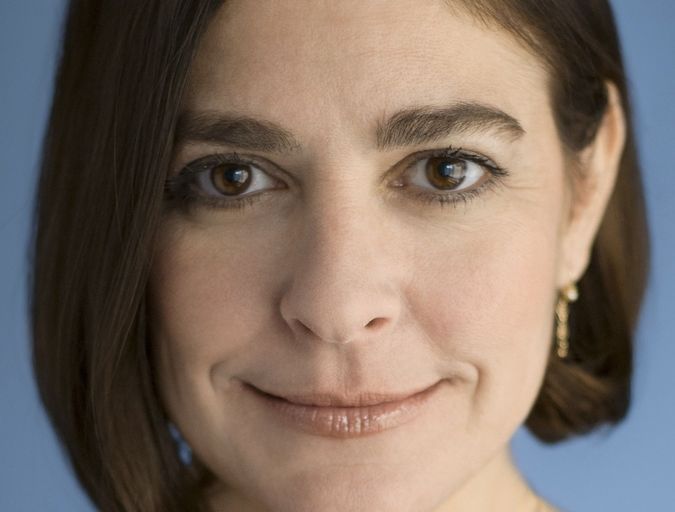 Glick’s twice-a-week column is one of the Post’s most popular features, beloved on the right for its vitriolic attacks on the likes of President Obama (“Mainstreaming anti-Semitism”) and Shimon Peres (“narcissistic, sociopathic”). She’s been sniping at Israel’s military leaders for several years, calling them Israel’s “Achilles’ heel” and tossing around words like “treason” because of their moderate views on Iran and the Palestinians.

This time, though, she went toe-to-toe with two of the best, and the contest turned out to be a bit lopsided.

Glick: “In 2010, according to a report that came out [in 2012] … we learned that two of the gentlemen on this panel with us were given an order to prepare the military for an imminent strike against Iran’s nuclear installations, and they refused —”

Dagan: “Because it was an illegal order.”

Dagan: “It was an illegal order.”

Glick: “You were the director of Mossad. You were ordered by the Security Cabinet to prepare —”

Dagan: “You don’t know what happened there.”

Glick: “This is certainly a matter of interpretation.”

Dagan: “The prime minister, without the authority of the government —”

Glick: “Had you not brought in your expert legal opinion to determine whether or not the prime minister of Israel and the defense minister of Israel have a right to order Israel to take action in its national defense then we would not be where we are today,” with President Obama preparing to “conclude a nuclear agreement with Tehran that will enable them to acquire the bomb.”

The exchange quickly turned into a shouting match. Glick repeated her charge that the generals’ insubordination had spawned disaster. Dagan countered that Israel is governed by laws and “no one can ignore the legal system, even Netanyahu.” Glick, someone who claims to have learned the lessons of World War II, insisted soldiers aren’t entitled to decide if an order’s legal. As she railed, the audience applauded and cheered her on.

Their debate concerned a secret June 2010 meeting between a small group of security officials and several top government ministers, led by Prime Minister Netanyahu. According to a 2012 documentary that Glick cited as her source, Netanyahu ordered Ashkenazi to mobilize the reserves and put the military on high alert. Ashkenazi and Dagan reportedly told Netanyahu the order was illegal because mobilizing the reserves would set off a chain reaction leading to war, and only the eight-member Security Cabinet is authorized to initiate military action.

Netanyahu reportedly conceded and convened the Security Cabinet, which then asked Dagan, Ashkenazi and several others for their views on military action. The generals argued against it. The cabinet duly voted the action down, infuriating Netanyahu and then-defense minister Ehud Barak. Within a year Ashkenazi, Dagan and their ally, Shin Bet director Yuval Diskin, were all out of a job.

Glick, after citing the documentary and other coverage of the event, seemed flustered when Ashkenazi recalled that the cabinet actually rejected Netanyahu’s call-up order.

In any case, Ashkenazi said, his cadre of commanders “disappeared at the beginning of 2011. All of us. Then there were different people. And they didn’t act either. It’s an insult to say that we stopped the government from acting.”

Glick: “This is not how it played out in the media. And you didn’t deny it.”

Ashkenazi: “Are you saying that everything in the media is correct?”

Ashkenazi: “It was speculation, so I didn’t say anything.”

Until now. That’s one of the extraordinary aspects of the June 7 exchange in New York. Many have discussed the 2010 confrontation between Netanyahu and the generals, but this appears to be the first time that Dagan and Ashkenazi have given their version.

Or part of it. As Dagan and Ashkenazi both noted, they didn’t just tell Netanyahu his order was illegal. They also gave him and the cabinet their analysis, as required by law, of how an attack could play out — and their reasons for opposing it. But they didn’t tell the New York audience what the reasons were.

I caught up with Dagan later and asked him about those reasons. He said he couldn’t repeat his confidential conversations with the prime minister. He did say, though, that among the “nonsense” stories circulating about the incident was that it all happened at that single meeting at Mossad headquarters in June 2010. “It was a series of conversations over months, beginning in 2009,” he said. That is, shortly after Netanyahu took office.

Some years back, Uzi Arad, who was Netanyahu’s national security adviser when the events occurred, told me the crux of the argument. Arad explained that a solo Israeli attack would set Iran’s nuclear project back for a while but then would spur the regime to rebuild with renewed urgency. And with greater international legitimacy, since it could now say it was attacked by a real nuclear power. The only way to prevent Iran rebuilding is an attack by an American-led coalition, which could then establish long-term, intrusive inspections.

Arad pointed to the 1981 Israeli attack on Iraq’s nuclear reactor. Often celebrated, it actually spurred Saddam Hussein to rebuild more urgently than ever, as the U.S.-led Gulf War coalition discovered on entering Iraq in 1991. The Israeli attack had backfired. Strict United Nations inspections prevented another Iraqi nuclear effort. That’s why no weapons of mass destruction were found after 2003.

And that suggests the other extraordinary aspect of the debate. Israel faces real threats. It’s blessed with the world’s best military and intelligence, which have managed to navigate the treacherous currents of the region for nearly 70 years. It’s useful for Israel’s friends to recognize that and try to understand the subtle complexities of her situation. It’s astounding that anyone claiming to represent Israel’s best interests would instead traffic in demagoguery and smearing the watchmen.