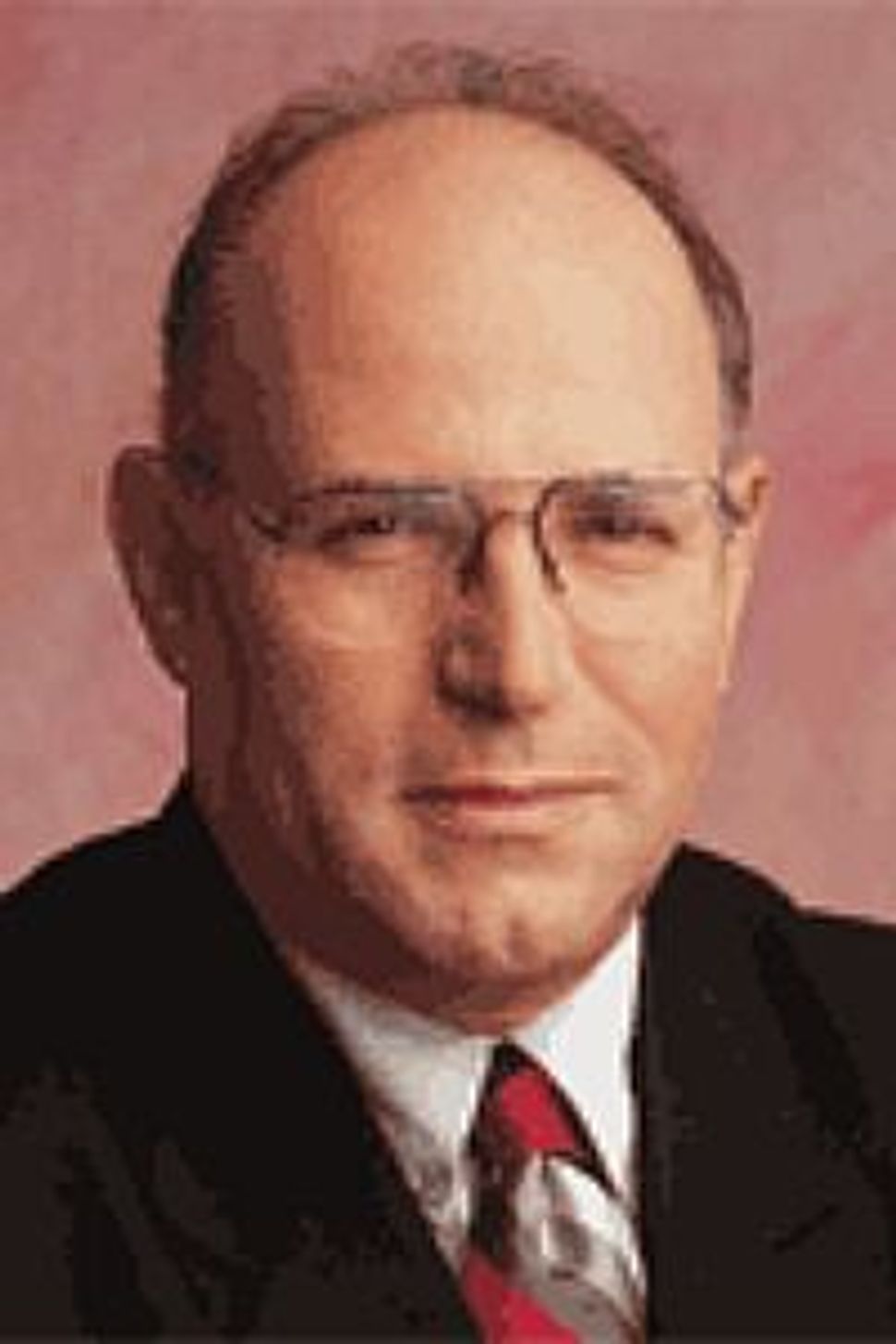 The quotes from Arad in my column were extracted from a much longer July 17-18 phone conversation about the connections between Iran strategy, U.S.-Israel relations and Palestinian peace talks. Despite his uber-hawk reputation, which leads some detractors (mostly on the left) to call him “Israel’s Dr. Strangelove,” he’s a subtle and surprising thinker, and what he has to say right now is important. Accordingly, I’m presenting my notes from our full conversation.

An attack on Iran is a means to an end, not an end in itself. The overall strategic objective, the one that the American administration and the Israeli government presumably share, is an expression of determination that Iran will be prevented from obtaining nuclear weapons.

The president has also amplified his position by saying that America is not in the mode of discussing containment or deterrence. What he means is that all eyes are fixed on prevention.

American officials visiting Israel have added that all means are on the table. They have even clarified that contingency plans have been made. It means it’s a serious option. These are the ingredients of the American position.

I believe that if Israel is committed to the objective of preventing Iran, Israel must engage with America in that effort. It’s not a one-shot effort. It could call for and does include sanctions and political pressure. It could include direct action.

What do you mean by “direct action”?

Everything that’s been tried until now has involved convincing the Iranians to stop. Those efforts included arm-twisting and efforts to convince them by persuasion. Various means have been tried, but all efforts went through their decision making processes.

But we also say that if we can’t convince you, then we will act directly, for example by striking Natanz or other nuclear sites.

Israel can’t decide that battle by itself. It can strike certain sites. It can undertake covert actions. But it can’t continue, particularly because it needs a sustained effort after the strike.

Israel struck Iraq’s reactor in 1981, but it didn’t stop the Iraqi effort. Iraq recovered and accelerated its effort afterward. What put an end to the effort was the first Gulf War in 1991. The first Gulf War was triggered by Iraq’s invasion of Kuwait. That led to the destruction of Iraq’s nuclear facilities. It took an American strike and a very intrusive regime of inspections for more than a decade. It was not a one-shot effort. Iran may be a different story, but it may also involve America deterring and preventing.

The fact is that America has like-minded allies in this effort — the P-5 [permanent members of the Security Council} plus one [Germany]. The permanent members are all nuclear states — America, England, France, Russia and China. They all are committed in a way to prevent Iran from acquiring nuclear weapons. There may be different views on how to accomplish it, but the Western members — England and France — see eye to eye with America.

I don’t think Israel looks at it as its own private interest. Nor can Israel decide the issue by itself over the long run. American brawn is indispensable. And Israel should take that into account. Israel’s strategic positions should be taken in close consultation and in concert with its major allies.

When the Americans say we can strike but we can only delay the program for a few years, I say, friends, this is not what the president asked you.

If you do something and only delay something, that means you’re ready to do the same thing if they start again. My sense is that once the United States if it ever comes to it would demonstrate its seriousness of purpose, it would have a very deterrent effect on Iran.

In 2003 the Iranians stopped their nuclear program because they saw the attack on Iraq and they feared if they were caught red-handed they would open themselves up to attack.

Suppose for a moment that after all other means of persuasion, they failed to convince the Iranians to stop. The president would order the American military to take action. What would be the effect? There would be a two-fold effect. It would clearly degrade the Iranian program. But also, it would be a demonstration of seriousness of intent. Against that backdrop of degradation or destruction of their program, combined with a demonstration of seriousness, it would give them pause, because they would be risking bringing on themselves a second round. So they would hesitate.

But let us suppose that in spite of hesitation, some hot-headed Iranians decided to restart secretly. That would bring another strike. I don’t think they would if the president, when he says he’s determined, means what he says. I think he’s serious.

So the American role is absolutely essential for the long haul, in the months and years after an American strike.

What about American domestic opposition to a new foreign military engagement?

America is not taking measures in a vacuum. It is because of that lethal combination of an unusually hostile regime which has taken action against Americans, that threatens American allies, that destabilizes a strategically critical region containing much of the world’s oil supply.

This is a policy that has very much to do with Iran and the fact that it acted illegally. That’s why there are so many U.N. Resolutions against it.

Whether the Americans have the stomach for action — compared to other American activities in the last decade, this would not involve ground activities. It lends itself to America’s technological advantage. It is targeting specific facilities. It is by orders of magnitude less messy than what has been taking place in Afghanistan or Iraq. So it is up America’s alley.

You said in your June 5 interview with Ari Shavit in Haaretz (here, premium link) that Israel should have been willing to make concessions on the Palestinian issue in order to shore up American support on Iran. What did you mean?

If we Israelis believe our first priority and highest urgency is blunting Iran and America is our ally in this effort. and then comes the American president and says, Look, it’s in my interest – mine, not the Palestinians’ – that you freeze settlement activity for a year, then why not do it in order to forge a closer relationship? If it could generate a stronger bond between the American president and the Israeli prime minister, Netanyahu should have done that.

It is this kind of Israeli consideration which does not necessarily come at the expense of our interests. Instead, we spent a year trying to score points in speeches instead of focusing on what was urgent.

Did American officials make that connection between Iran and the Palestinians to you in your talks with the administration?

I was working on the Iranians, not the Palestinians. I did not make the linkage. That kind of linkage is done at the highest level. There was a sense that scoring points in speeches was uncalled for at a time when what was needed was to stand shoulder to shoulder, if it is indeed an existential threat.

Do you mean that Israel should have explored openings like the Saudis’ Arab Peace Initiative?

Right now the Palestinians are playing hard to get. Now it’s sour grapes. Now we are stuck with a strong Islamic undercurrent all over the Middle East. People coming to power in Egypt, raising their heads in Jordan, the Palestinians taking a cooler position toward Israel under Islamic pressure. What could have been achieved two years ago is not as easy today. There are creative ideas out there, but one has to find new ideas.