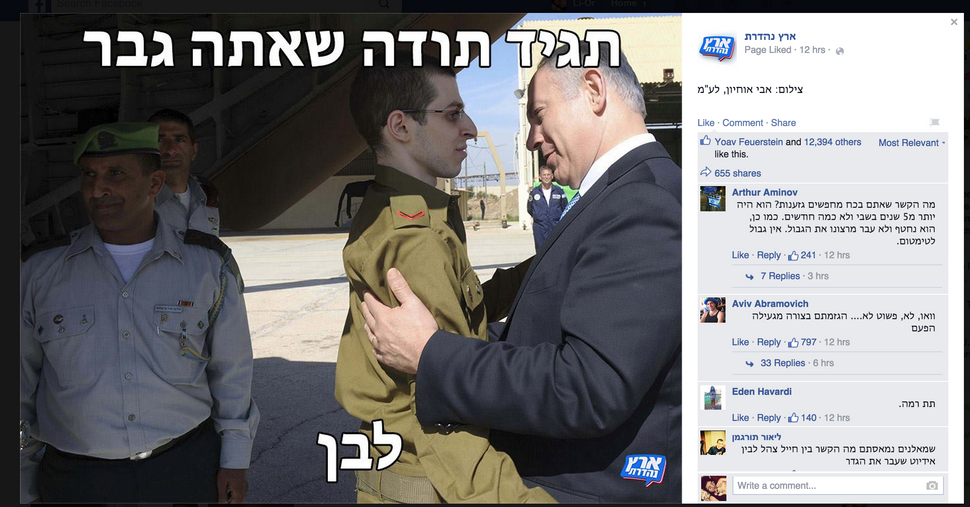 Did race have anything to do with the way the Israeli government dealt with the kidnapping of Ethiopian-Israeli citizen Avraham Mengitsu? That question has been reverberating through Israeli social media, but the answer doesn’t seem to be as clear cut.

Two days ago, Israel de-classified information pertaining to the kidnapping of two Israeli citizens. One of them, who is still un-named, is a Bedouin Israeli citizen from the Negev. The other, Ethiopian-Israeli Avraham Mengitsu, crossed the border to Gaza on foot in September of 2014 and was allegedly captured by Hamas. The two have been missing since last September.

So, why the silence? A channel 10 exclusive aired a conversation recorded between Mengitsu’s family and a representative of Netanyahu’s, Lior Lotan, might offer a clue.

Avraham’s family was told by Lotan that they “need to choose sides”, whether they want to point a finger Hamas or at the Israeli government. If they choose to do the latter, he threatened, they will be “responsible for the outcome.”

Netanyahu has since apologized for Lotan’s threats, but the story has elicited strong responses and the subject of racism expectedly broached.

The picture shows Netanyahu and kidnapped soldier Gilad Shalit after his release. The caption reads: “Say thank you that you’re a man… A white man.”

The comments on the post, which has been shared over 800 times, are mostly negative:

“What’s the connection that you are forcibly looking for racism? He [Gilad Shalit] was in captivity for over 5 years, not a few months. Also, he was kidnapped and didn’t cross the border of his own volition. There’s no limit to the idiocy.”

“Whoa, no, just, no… You really grossly crossed the line this time…”

“If you have any self respect, please remove this racist post.”

Other responses were more empathetic:

“Why is everyone whining here, this is a critical picture against the racist conduct of the authorities here and no one is laughing about Gilad Shalit..”

Channel 10 will be airing exclusive coverage this Saturday with the Mengitsu family, and more details about the kidnappings may become public over the next few days. In the meantime, Netanyahu appears to be trying to put out the political fires, meeting up with the Mengitsu family and making promises to bring their son home, amid stern criticism from the Israeli opposition.

“Let no one tell us that this had nothing to do with the color of his skin,” wrote Zehava Galon, the head of Meretz, on her Facebook page “That this shameful conduct around Avera Mengitsu’s dissapearance in Gaza would have been the same if he wasn’t Ethiopian, that anyone would’ve dared to speak to his family that way.”

Perhaps worse than all of that, a Twitter account that appears to be an English-language mouthpiece for Hamas has taken the opportunity to rub some salt on Israel’s open racial wounds:

Obviously, the real Israeli motto is “leave no ‘Ashkenazi’ man behind”. #RacistIsrael

Reactions on my Facebook feed after this tweet was posted were overwhelmingly incredulous. But should we really be surprised that by kidnapping these two men, Hamas is exploiting a decades-old racial wound?