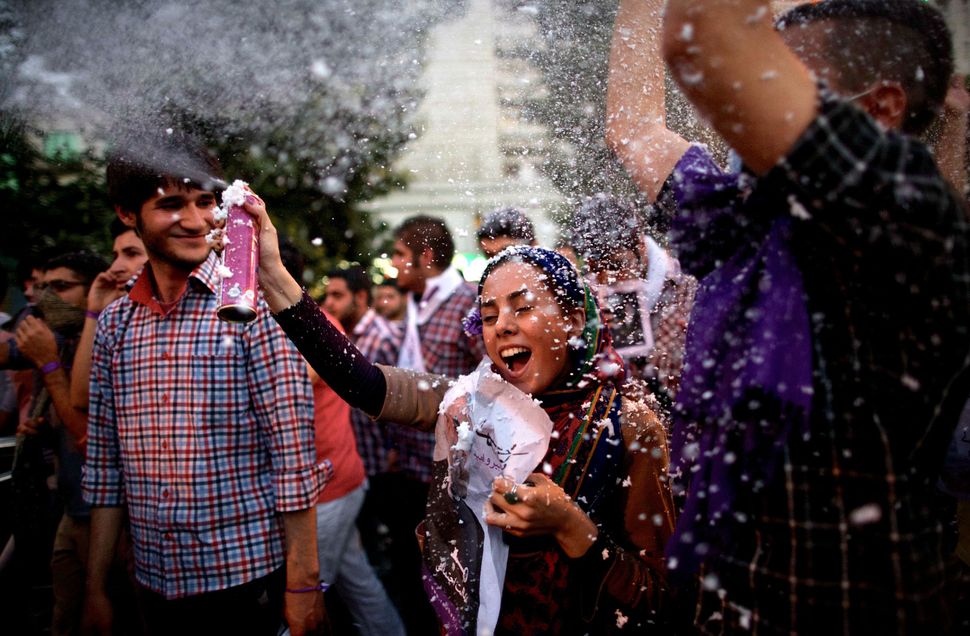 In 1999, I joined CBS 60 Minutes II to help create a segment about a leading political prisoner in Iran. It had been a difficult piece to report, and in it I had invested months of legwork and personal contacts. Now, the late beloved Bob Simon was to tell the tale of the Iranian Andre Sakharov. This was the peak of the reform era, two years into the presidency of Mohammad Khatami, who had won global hearts and minds with his ready smile, reasonable beard, and the promise to spearhead a “dialogue among civilizations.”

Bob and the team went to Iran, but to my great dismay, they returned with a different piece: One about the 20th anniversary of the 1979 hostage crisis. It became a celebrated “good-news” segment, with a Peabody to boot, which made several points: The nation was done with the radicalism of its leadership and was openly outspoken about its disenchantment with the regime. They loved Americans and, with a few caveats, America too. All this was narrated over delectable meals and generous B-roll of trendy youth, especially of feisty, ravishing women, dressed in self-fashioned Western-style clothes and slipping hijab.

Seventeen years later, this is still what nearly all visiting journalists keep recycling about Iran. The Forward’s Larry Cohler-Esses, despite , is no exception. It is the story that war-weary Americans can’t get enough of and the nuclear deal is just the happy ending they need.

Since the 1979 revolution, the Iranian regime has engaged in several wars. The one that it has decidedly won is the media war. The Forward’s report is one among many that shows Iran’s supremacy in managing and shaping public opinion. What is worthy of debate here, first and foremost, is the Forward’s fundamental decision to take on the job. More specifically, to send a man to report, in part on Iran’s Jewry, by way of demanding a letter of recommendation from the Iranian Jewish leaders as a press officer had “suggested” to the paper.

I share the impulse to submit whatever it takes to get the proverbial story going. Breaking down doors to enter into uninvited spaces is, after all, the mandate of journalism. But at question here is whether we, as journalists, are equally adept at recognizing when to close the doors to certain invited spaces. The temptation of an earned visa from an inaccessible country is hard to resist. But when such a visa paves the way for “ghetto reporting,” what then?

The demand for a letter should have instantly alarmed the Forward, for it was made based on the bigoted notion that the Jews run a worldwide network which can instantly be activated. Why should an Iranian Jewish leader be asked to recommend an unknown journalist for a visa if not to generate a clear signal to the invested parties as to on whose credit he was getting in and what was expected of him to return with? The Jewish leader who vouched for the Forward was, it seems, mortgaging his freedom in the hopes that Cohler-Esses would not print what might have incited the ire of the regime. Has such a letter of recommendation ever been asked of, say, the Economist or Der Spiegel?

Until 1997 and the election of the so-called reform president, Mohammad Khatami, the Iranian Jewish community had been forgotten in the regime’s political calculation. This was a desired anonymity that Iranian Jewry had wrangled out of Ayatollah Khomeini in the early days of the revolution. What the Chairman of the Iranian Parliament’s National Security and Foreign Policy Committee told Cohler-Esses was the notion Ayatollah Khomeini articulated in May 1979 to a concerned envoy of Iranian Jewish leaders: We separate the affairs of the Jews from those of the Zionists in Israel.

This “standard line,” as the Forward reports, is nothing new. It is what the savvy leadership of Iranian Jewry helped the Ayatollah to articulate, then painted on the walls of every school and synagogue.

But as Khatami tried to recast the image of Iran, the community’s political stock rose. If the regime needed to make a case for its place above all other Muslim nations in the region by showing its capacity for tolerance, there were the Jews, dwindling but still there for the display when all the rest had chased theirs away. When Khatami’s successor, Mahmoud Ahmadinejad, fueled the flames of hostility toward Israel, that stock rose even higher. 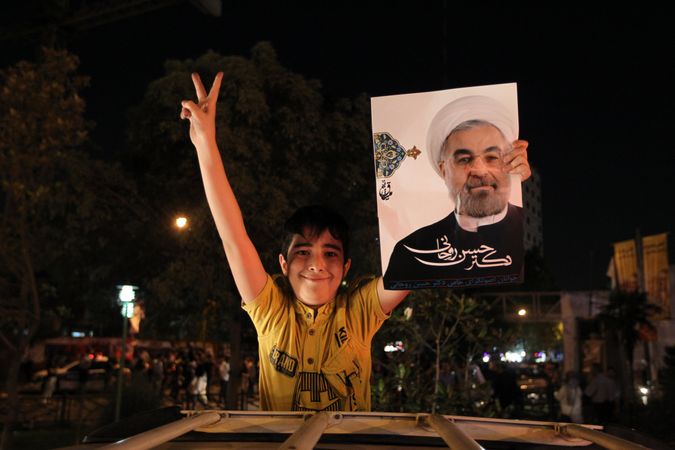 Celebration: Supporters of Iranian then-presidential candidate Hassan Rouhani hold portraits of him at street rally in 2013. Image by Getty Images

Since Rouhani came to power with the mandate to lift the sanctions, he, too, reached for the Jews, but this time to undo the damage Ahmadinejad had done. One of Rouhani’s first moves after taking office was tweeting a highly publicized congratulatory Rosh Hashanah message. The second was to make a donation to the Jewish hospital for the poor, the fact that that area’s Jews are long gone notwithstanding.

All these gestures, friendly or otherwise, have been made for the benefit of Western audiences to advance whatever political cause the regime was pursuing internationally at the time. Thus the community’s anonymity vanished as its political value became evident.

Into all this, no reporter can step for a week and bring back the truth, even a semblance of it.

Roya Hakakian is the author, most recently, of “Assassins of the Turquoise Palace,” about Iran’s campaign of terror against dissidents in Europe. Born and raised in a Jewish family in Tehran, her poetry in Persian appears in numerous anthologies.