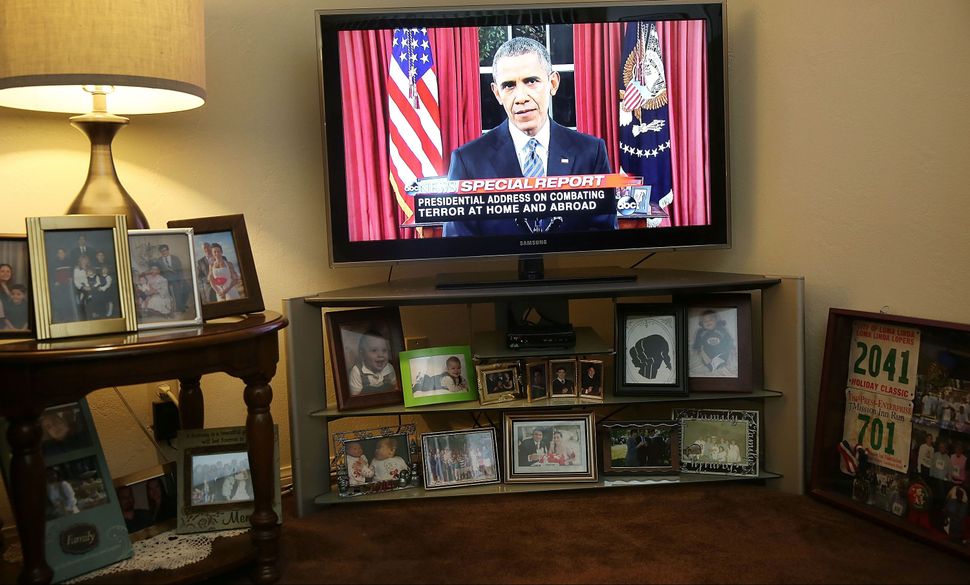 Obama addressed the nation on Hanukkah. Image by Getty Images

What Team Trump don’t know about the Jews could apparently fill a scroll and then some.

Now, comes this: A top aide to the Republican frontrunner criticized President Barack for choosing Sunday, the first night of the Jewish Festival of Lights for his address on terrorism. A better time, he said, would have been … wait for it … wait for it … Friday night.

“Disrespectful. Should have addressed the nation on Friday or Saturday evening. Not the first night of #Hanukkah,” tweeted Trump campaign senior adviser Dan Scavino. Really.

Disrespectful. Should have addressed the nation on Friday or Saturday evening. Not the first night of #Hanukkah. https://t.co/bxIlPLzgIe

“Wish Obama would say ISIS, like almost everyone else, rather than ISIL,” the Republican presidential frontrunner said in one of his many posts.

And this at the speech’s end: “Is that all there is? We need a new President – FAST!”

Wish Obama would say ISIS, like almost everyone else, rather than ISIL.