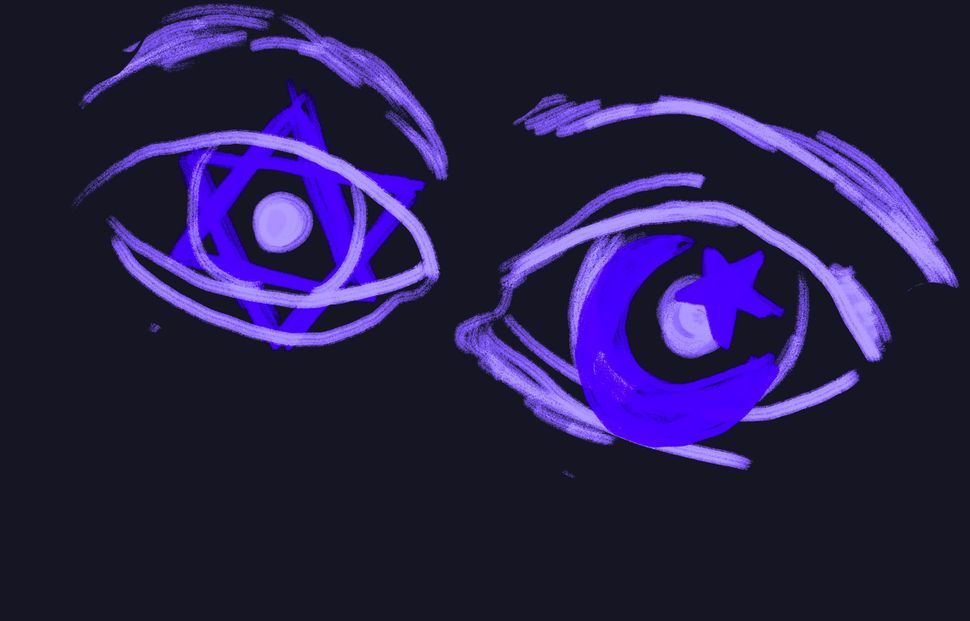 Trigger warning: This column may offend some readers. It concerns profiling of Muslims (for terrorism) and of Jews (for espionage). The issues aren’t as different as you might wish. Proceed at your own risk.

Let’s begin with New York dentist Gershon Pincus. A Brooklyn-born Orthodox Jew, age 62, he applied in 2013 for a part-time job fixing smiles at a U.S. Navy facility upstate, in Saratoga Springs. He wanted, he later wrote in an affidavit, to “assist those who serve” in the U.S. military. In mid-2014 he began the once-a-week, 400-mile round-trip commute, while maintaining his Big Apple practice.

That October he was interviewed for civilian security clearance. He duly reported overseas connections: a sister, brother and mother who’d moved to Israel, plus a deceased son who’d served in the Israeli army. Last March his clearance was denied.

The official reason: weekly phone calls to his mom and brother. “Foreign contacts and interests may be a security concern due to divided loyalties or foreign financial interests, may be manipulated or induced to help a foreign person, group, organization or government in a way that is not in U.S. interests, or is vulnerable to pressure or coercion by foreign interests.”

The story first appeared December 16 in Bret Stephens’s Wall Street Journal column. It’s since kicked up a minor storm, mostly on Orthodox-oriented websites. “In the lexicon of anti-Jewish slurs, ‘divided loyalties’ has such a notorious history that it’s surprising to see it make its way into a formal government document,” Stephens wrote.

Actually, Stephens wasn’t that surprised. His column described a Pentagon website listing thousands of security clearance rulings going back to 1996. He was incensed: “Since the Obama administration came to office, there have been a total of 58 cases in which Israeli ties were a significant factor in the decision. Of these, 36 applicants — an astonishing 62% of the total — lost their appeals and had their clearance applications denied. For comparison, there has been just one case of a French citizen losing an appeal and being denied a clearance, and zero involving British citizens.”

There you have it: It’s that Obama guy again. Just one thing Stephens omitted: The seven years preceding Obama, under George W. Bush, saw 53 denials, 50% more than in those seven Obama years. The Bush denials represented only 41% of total cases, but that’s because fully 129 Israel-related cases were adjudicated under Bush, double the number under Obama.

As for the lack of French or British denials, that’s misleading. Neither France nor Britain has a diaspora community in America with thousands of citizens who believe their divinely promised homeland across the ocean is under mortal threat, and who might — in extreme cases — feel compelled to take extreme steps.

Missing in all Stephens’s and his admirers’ indignation is the name Jonathan Pollard, and the traumatic impact his 1985 espionage arrest had on the American intelligence community. Before Pollard, it was considered a given in security circles that Jews were just like other Americans. Choosing devotion to Israel over America was deemed inconceivable. After Pollard, that was no longer assumed.

Thousands of Pentagon, CIA and other security employees are Jewish. If there was one Pollard, there could be others. How could you tell? Israel promised never to recruit another American Jew, but Israel’s promises weren’t always reliable. Not when its security was at stake.

In fact, there was at least one other: Ben-Ami Kadish, arrested in 2008, pleaded guilty to spying for Israel during the 1980s.

As that Pentagon website shows, worries remain. And the Pincus case illustrates how inept and ham-fisted safeguards can be. In 1999, CIA staff attorney Adam Ciralsky had his clearance stripped and his life turned upside down because of suspicious links to Israel, including a summer teen tour and family donations to the United Jewish Appeal.

The same thing happened in 1997 to Army tank engineer David Tenenbaum, an Orthodox Jew who liked to practice his Hebrew on visiting Israeli officers. He admitted under FBI interrogation that he’d “inadvertently” given away classified information during those chats. Was he that naive? After talking to him, I believe he was. It took a decade until he was exonerated.

CIA director George Tenet, deposed in a Ciralsky lawsuit in 2010, admitted there were instances of outright anti-Semitism in agency conduct. But the essential impulse in these cases isn’t mere bigotry. The government knows there’s a religious minority whose tenets might lead an individual, if rarely, to criminality. They’re reluctant to impugn an entire community. But they have no clue how many people might be at risk or how to identify them. So they stumble through.

Does this sound vaguely familiar? Much the same is happening today in government relations with the Muslim community, with two big differences. First, the crime that a very small percentage of Muslims feel their religion compels them to commit, namely terrorism, is far more overt than the crime that the feds worry a tiny percentage of Jews may feel their religion compels them to commit.

Second, the number of Jews in the world is far smaller than the number of Muslims — 15 million versus 1.6 billion. Thus, any tiny percentage of Jews who might feel religiously compelled to violate their country’s laws is far smaller than the tiny percentage of Muslims who feel religiously driven to violence.

How tiny? By one estimate, derived by CNN from a Bipartisan Policy Center project, active jihadi fighters around the world total between 80,000 and 106,000. That doesn’t include semi-governmental groups like Hamas or Hezbollah, nor locally oriented Islamist rebels like Chechens, Uyghurs or Philippine Moros. That’s about 40,000 more. Stanford University’s Mapping Militant Organizations suggests closer to 200,000.

So, between 0.00625% and .0125% of the world’s Muslims have joined jihad. If we assumed Judaism has the same impact on American Jews that Islam has on Muslims, we might worry that between 400 and 800 may be susceptible to Israeli recruitment. If I were groping in the dark like the FBI is, I’d be worried.

One percent of 1.8 million is 18,000. How many of them might act, here on American soil? Nobody can say for sure — and that’s why Muslims will likely continue to endure profiling, even as Jews will go on being profiled for a different reason. It’s a horrible dilemma. Got a solution? Call the FBI. Please.