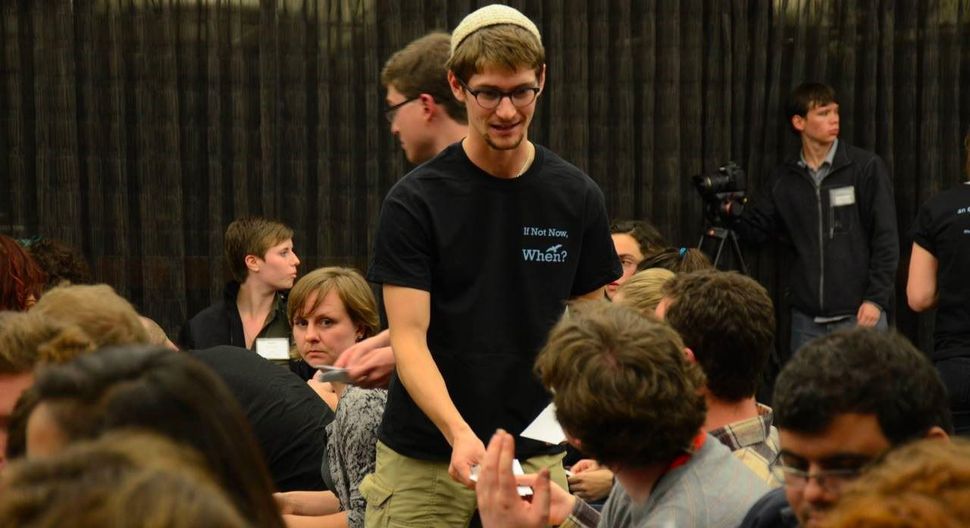 When I was a plucky 11-year old, I challenged the biblical account of creation at my Jewish day school in Winnipeg, Canada. Instead of getting punished, I was invited over to the high school wing to continue the debate with the senior Judaic studies teacher. As is befitting a culture of open critique, I felt privileged and encouraged, not humiliated and chastised.

Jewish life has a great tradition of questioning — something that is fostered in almost all Jewish denominations. (In this respect, ultra-Orthodoxy, with its practice of excommunication, is an odd outlier.) But when it comes to Israel, a culture of fear has taken hold among many mainstream Jewish institutions. This fear — coupled with a slavish adherence to the desires of a few powerful donors rather than accountability to the more pluralistic grassroots base — has led otherwise open-minded leaders to succumb to close-mindedness.

That is why, when the Open Hillel Academic Council launched last week, I was proud to count myself part of the 55 founding scholars (now up to 67 and growing) who are providing intellectual support to the initiative. Recent university graduates and students like Rachel Sandalow-Ash (National Organizer), Aaron Steinberg-Madow (Academic Council Organizer) and Caroline Morganti (Internal Coordinator) are seeking to pressure Hillel to adopt greater political pluralism.

Hillel’s Standards of Partnership, one of the key targets of Open Hillel’s critique, forbids inviting speakers or otherwise partnering with groups who “deny the right of Israel to exist as a Jewish and democratic state with secure and recognized borders,” who “delegitimize, demonize or apply a double standard to Israel,” and who support BDS (boycott, divestment and sanctions) against Israel.

There are at least two significant problems here. One is that the first set of standards is so broad as to potentially disqualify any critic of Israel.

The second is that most Palestine solidarity groups these days support BDS. We can debate the merits of BDS — and in my writings I frequently point to the drawbacks — but if we want Jewish students to be involved in the most relevant debates around Israel and Palestine, we must invite Palestinians (and their supporters) to the table. (They may choose to stay away due to “anti-normalization” tendencies, but that will be a separate challenge.)

You could argue that banning BDS proponents from a shared podium is simply a way to signal Hillel’s opposition to the boycott movement. There is some value to this view. But there’s a more important value at stake: open debate and deep intellectual inquiry. Part of that involves putting everything on the table — short of hate speech (and I have not seen any sufficiently strong argument to convince me that BDS intrinsically entails hateful speech) — and leaving the marketplace of ideas to sort out the best ones.

The Academic Council will not be without its challenges, though. In political inclination, we are a diverse group. I have written many times in opposition to BDS, while my fellow council member Judith Butler has gone on record supporting it. Some council members might believe — as I do — that joining an academic council while supporting an academic boycott (of Israel) is a contradiction in terms. While I suspect that this conundrum will be left for each person to decide privately, perhaps the council will serve as a forum for us to wrestle with each other’s perspectives. That will be a good thing for our campuses and our communities.

And then there is the question of how committed we each are to the centrality of Israel for Jewish identity. (Not surprisingly, I favor a more significant role for Israel.)

So what does unite us? As scholars, we share a core belief in the importance of critical thought and open debate. On campus, this means that we want to see that value expressed in our classrooms and in our corridors. And as someone who cares about nurturing the next generation of Jewish leaders, I want to see our own students carry these same values into their Jewish community affiliations.

While we’re on the topic of Judith Butler, I will state that especially in light of (on a topic unrelated to Israel) under donor pressure, I embrace the opportunity to stand in solidarity with her in any matter pertaining to open inquiry and the free exchange of ideas.

Finally, as a Jew, I’m not in a position to push other extra-mural campus organizations (such as Catholic or Muslim or Palestinian student associations) to adopt these same practices and principles. But I can push my own community to support them, and thereby serve as a model for others.