Was Ted Cruz Talking About the Jews When He Slammed ‘New York Values’? 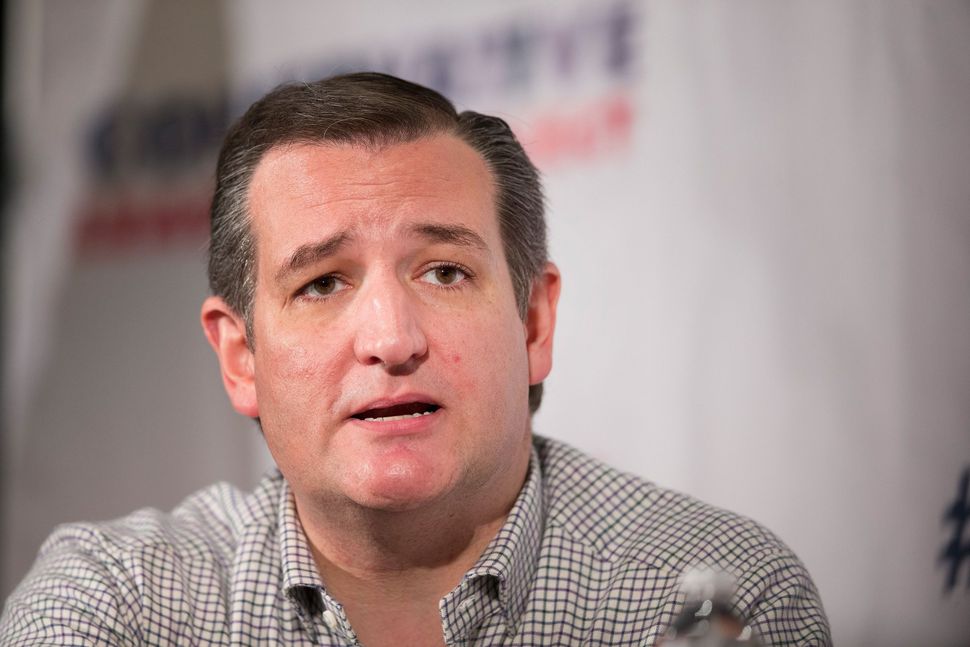 (JTA) — In the very first episode of “The West Wing,” some of the president’s advisers engage in a heated argument with a group of Christian activists. Among the advisers are two of the show’s most prominent Jewish characters: White House Communications Director Toby Ziegler (played by Richard Schiff) and the Deputy Chief of Staff Josh Lyman (played by Bradley Whitford).

One of the Christian lobbyists — who had recently clashed with Josh on national television — accuses the White House staff of employing a “New York sense of humor” and thinking they’re “so much smarter” than everyone else.

“She meant Jewish,” Toby says with a sarcastic grin, “When she said ‘New York sense of humor.’”

Cruz accused Donald Trump, a New York City native whom he trails by about over 10 percentage points in national polls, of having such values during a night of sparring between the two candidates. He had made the accusation repeatedly in the week leading up to the debate.

“There are many, many wonderful working men and women in the state of New York. But everyone understands that the values in New York City are socially liberal, pro-abortion, pro-gay marriage and focus on money and the media,” Cruz said to the crowd at the Fox Business Network debate in South Carolina.

Trump came to New York’s defense, citing its response to the Sept. 11 attacks.

Trump is not Jewish, but he does have plenty of Jewish ties, including to his daughter, Ivanka Trump.

Jezebel writer Joanna Rothkopf slammed Cruz’s rhetoric as anti-Semitic on Friday, comparing him to an “in-house comic at Fuhrer headquarters.”

Was Ted Cruz Talking About the Jews When He Slammed ‘New York Values’?