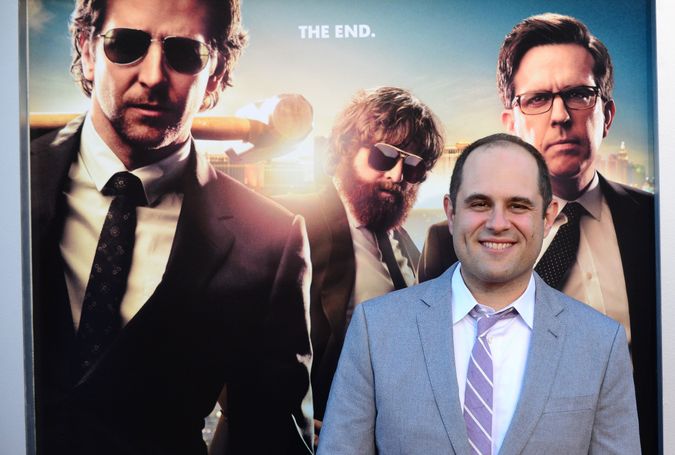 “Hangover” screenwriter Craig Mazin has plenty of material should he ever decide to do a Ted Cruz biopic.

You see, Mazin was the Republican presidential contender’s freshman college roommate at Princeton — a fact that came to light more than two years ago when about some of the right=winger’s bizarre ways at the Ivy League school.

As Cruz has surged in the polls, and as his fight with GOP frontrunner Donald Trump has turned nasty, Mazin has become a social media star with some pretty funny posts.

As Cruz railed against liberal, pro-gay, money-oriented New Yorkers, the Brooklyn-born Mazin got some critics taking aim at him. All in good fun of course.

“Getting emails blaming me for not smothering Ted Cruz in his sleep in 1988. What kind of monster do you think I am? A really prescient one?” Mazin tweeted Thursday night, soon after the Republican debate wrapped up.

Getting emails blaming me for not smothering Ted Cruz in his sleep in 1988. What kind of monster do you think I am? A really prescient one?

Here are some other Mazin tweets about Cruz.

That he dislikes the Texas senator is quite clear:

Ted Cruz doesn’t like “New York values.” His wife works for Goldman Sachs. This is how dumb he thinks you all are.

I’m starting to feel like the U.S. should pay me reparations for my freshman year. The Brutalism of Ted Cruz – https://t.co/rUuCuAnPdH

Worried about Ted Cruz winning Iowa? No doubt it would make him as viable as the last two winners: Huckabee and Santorum.

How little has Ted Cruz changed since 1988? If he hadn’t gained weight, I could make a strong case that he was a cyborg.