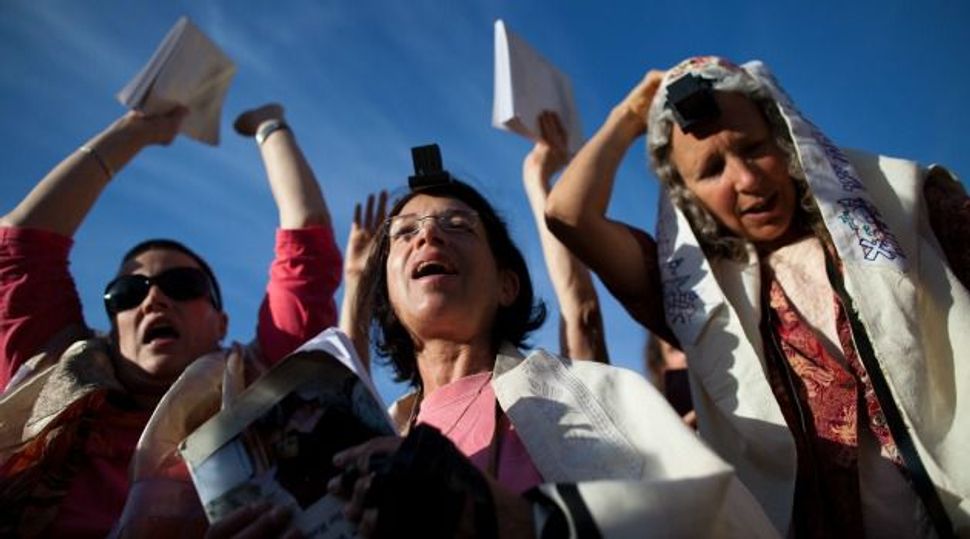 The new plan to create a larger, official egalitarian space at the Western Wall is a compromise of a compromise. In all the celebration, we can’t lose sight of that. Those who believe in promoting and protecting pluralistic Judaism in Israel have every right to proclaim victory — a rare emotion after years of increasingly hegemonic control by the ultra-Orthodox. But it’s a victory tempered by what was relinquished and dependent on what comes next.

It’s been nearly two years since Natan Sharansky, head of the Jewish Agency and de facto convener of the Jewish Diaspora, unveiled a plan that would expand the existing, tiny and well-hidden egalitarian prayer space at Robinson’s Arch into a plaza equal in size and stature to the traditional area known as the Kotel, which has been administered by ever more zealous Haredi authorities.

The plan approved by the Netanyahu government on Sunday goes a long way to fulfilling Sharansky’s vision. The place where men and women can pray together will be expanded, open round the clock and, most importantly, administered by a committee with representatives from the Reform and Conservative movements and Women of the Wall, who agitated for decades to be able to properly pray in the traditional women’s section. Finally, the lock on power held by the Western Wall Heritage Foundation will be broken, even if that Haredi-run group will still control the traditional sections.

The second key improvement is that the entrance plaza will be expanded to include the path to Robinson’s Arch, signaling to the public that there will now be two choices, two ways to pray — in effect two synagogues — at what so many consider to be the holiest site in Judaism. The symbolic value here may take time to be realized, but it’s real and significant.

Acknowledging all that shouldn’t stop us from recognizing the plan’s deficits. The new space will not be equal to the size of the existing traditional men’s and women’s sections, making it separate and unequal. The Women of the Wall had to agree to move their prayer services to the egalitarian space, thus restoring the complete control the Heritage Foundation has had over the area of the Wall considered most holy.

And, of course, there are myriad details still to be worked out, some important enough that, if implemented poorly, will chip away at the plan’s bold aspirations.

For those pluralistic Jews who don’t fetishize a certain group of ancient stones, who wish to pray in a modern setting with creativity and acceptance, the new plan offers that space. It may be off to the side and smaller than it should be. It may still be prone to bureaucratic infighting and financial shortfalls. But it will be there.

The “liberation” of the Kotel has always been a largely Diasporic fight, and as such, was bound to be laden with compromise. There simply isn’t the political will and support among “secular” Israelis to modernize a prayer space that most of them shun.

But whose fault is that? Certainly not the Reform and Conservative leaders who have lobbied for years to bring about this significant step. And certainly not Sharansky, who put his enormous prestige behind this compromise.

In the end, the Israeli government won’t fully accept religious pluralism unless enough Israelis demand it. Until then, and I hope soon, there will be a modern place to pray at, or at least very near, the holiest site in Jerusalem.

At a time and a place when any sense of progress has been so elusive, the new plan deserves a quiet, cautious Hallelujah.