When I Cringe at the Views of Israelis — and Donald Trump 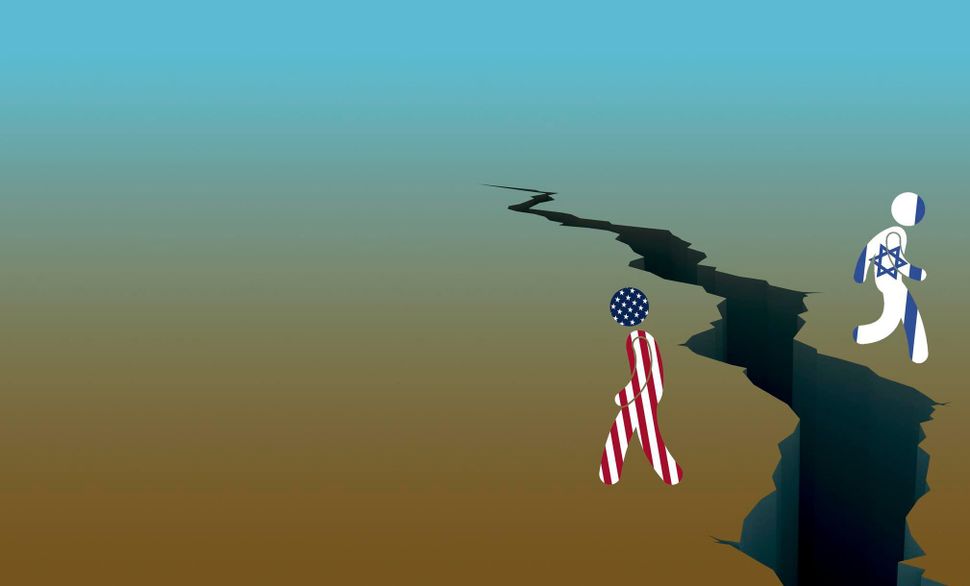 When I first heard the number, I cringed. Could it really be that nearly half of Israeli Jews support the expulsion or transfer of the Arab population, as a new study by the Pew Research Center reported?

I wondered if the question was too vague, or if the word “transfer” could be interpreted as a benign, voluntary movement with compensation, as some experts have suggested. The 3,800 Israeli Jews surveyed were not asked whether they were referring to Arab citizens of Israel or to Palestinians living in the occupied territories. They were also not asked where they thought the Arabs should go. And other recent surveys don’t show nearly this level of support for expulsion.

But all these attempts at mitigating my dismay fell short, and I had to face up to the disturbing fact that many Jews in Israel simply do not share my pluralistic American values, nor my lived experience. They do not appreciate the mix of races, ethnicities, religions and nationalities that I bump up against every day on the street and in the subway, that color my friendships and enrich my life.

Instead, these Israelis support something I find abhorrent and at odds with the Judaism (“Remember the stranger”) we are supposed to share.

And you know what? That’s how I feel about many Americans today, too — the thousands upon thousands who are voting for, saluting and supporting a presidential candidate, Donald Trump, who promises to deport 11 million undocumented immigrants from this country and to refuse to allow Muslims onto our shores. It seems many Americans don’t share my pluralistic values, either.

We are living at a time when our national, ethnic and religious bonds are tested by the increasing polarization of belief and behavior, when it’s easier than ever to live in our own worlds and escape the necessity of understanding the other, and when scapegoats are available in all shapes, sizes and skin tones. Such impulses are hardly unique to Israelis and to American Republican primary voters; demonizing the other seems to be a national pastime in huge swaths of Europe, Africa and Asia. It’s pluralism we must protect.

And that begins by refusing to demonize the demonizers. In Israel, the negativity toward Arabs doesn’t come from nowhere. I write this as one more family mourns the loss of an innocent life — this time, that of an American tourist senselessly stabbed to death by a Palestinian on the seaside promenade in Jaffa, his wife gravely injured, others also wounded. We must recognize, too, that many Israelis were themselves formally expelled or otherwise forced to leave Arab countries in which they had lived and prospered for centuries. Fear and rejection are not in my recent background; they are in theirs.

Still, the surprising support for expulsion echoes other findings in the study. A dismaying 45% of the Jews surveyed do not think a Palestinian state can exist beside Israel (while 43% think that one can). Most of those surveyed, Jews and Arabs alike, live in their own social, political and religious tribes, with very little meaningful interaction. No wonder they are suspicious of one another.

This isolation extends from behavior to belief. While most Israeli Jews say that Israel can be both a democracy and a Jewish state, they are deeply divided over whether democratic principles or religious law should take priority. The 40% of Jews who are secular believe overwhelmingly that those principles are paramount, but Orthodox Jews are similarly passionate about the reverse. If Jewish law supersedes civil law, well, it’s far harder to find legitimate space or equal standing for non-Jews, isn’t it?

American Jews quickly recoil from any suggestion that the majority religion — that is, Christianity — enshrine its laws and precepts in this country, because, of course, we’re the minority here. It’s why we object to Trump’s attempts to ostracize Mexican immigrants or Muslim Americans; minorities intuitively understand other minorities.

That pluralistic outlook has become an intrinsic part of mainstream American Jewish culture. We identify as Jews through our liberalism, which is why in the 2013 Pew survey of American Jews, the attributes about “social justice” and caring for others ranked so highly. Among Israeli Jews, they are valued much lower.

These trends strain the ideal of Jewish “peoplehood” that is so often evoked but rarely quantified. The Pew survey draws a bright line around the divisions within Israeli society and the growing disconnect between Jews there and in America, echoing the way this relentless presidential campaign season has highlighted the stark differences among Americans.

True pluralism demands that I answer yes, no matter how uncomfortable that is. Pluralism isn’t only an argument for others to accept me; it’s a call for me to accept others, or at least try to understand them. It’s damn hard and I don’t pretend that I’m good at it, nor that understanding will lead to excusing beliefs and behaviors I personally reject. But if I don’t try to engage the Americans and Israelis with whom I disagree, how can I ever hope to shift their attitudes?

When I Cringe at the Views of Israelis — and Donald Trump