When Ashkenazi Jews Eat Kitniyot on Passover, Is It Cultural Appropriation — from Sephardim? 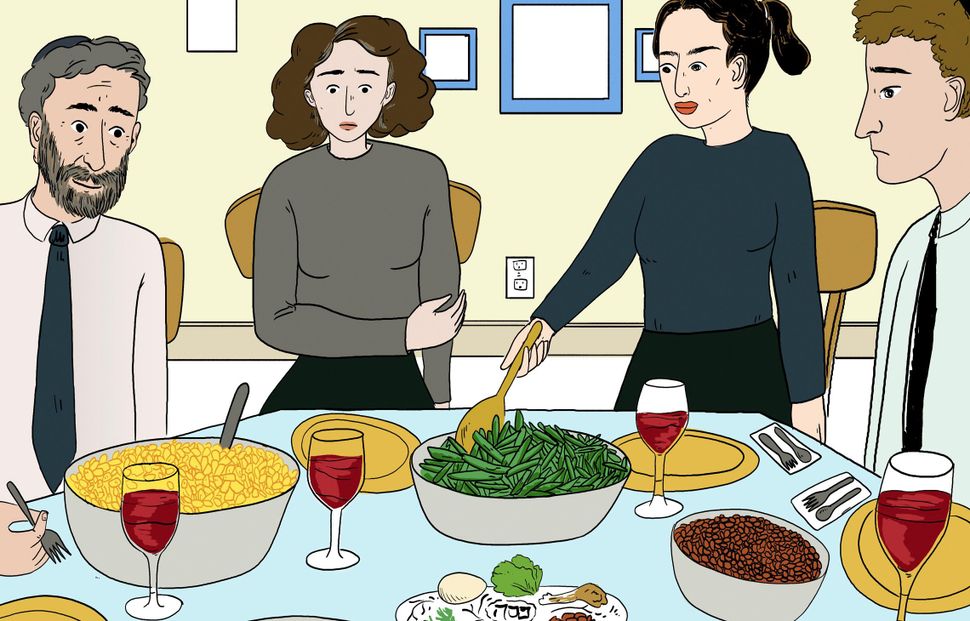 How do millions of Ashkenazi Jews react when, after hundreds of years, they finally get permission to eat kitniyot on Passover?

We’re about to find out.

Last December, the Conservative movement’s Committee on Jewish Law and Standards approved a teshuvah, a Jewish legal ruling, permitting the consumption of kitniyot on Passover. Kitniyot — foods like rice, corn, lentils and beans, which are not technically hametz — have long been forbidden to Ashkenazi Jews, but they’re staples of the Sephardic Passover diet. This year marks the first time that many American Jews will learn to include these foods at their holiday table.

My Ashkenazi friends, I have tasted your Passover foods of bitterness. I know you have suffered many years enslaved to a diet of matzo brei with cinnamon and sugar. As a college student, I went back to school after the Seder with Tupperware containers filled with rice and beans so that I wouldn’t starve in a “pluralistic” Hillel that catered to Ashkenazi customs and palates. I am happy that more American Jews will soon be enjoying kitniyot on Passover. For one thing, that makes it more likely that a wider variety of Passover products will be available for my family in my local grocery store.

But after reading the teshuvah, I also have some concerns. Part of my worry stems from the approach with which the Sephardic dietary laws are being adopted: a mix of cultural appropriation and noblesse oblige. Borrowing from the practices of your neighbors is natural; no religious tradition exists in a vacuum. But borrowing has ethical overtones, especially when you’re not attuned to who’s borrowing from whom and to the relationships of power between those groups. While the Conservative movement in Israel permits Ashkenazi Jews to eat kitniyot partly in order to facilitate positive relationships between Jews of different ethnic backgrounds, that line of argumentation is absent from the American teshuvah.

The heritage of Sephardic Jews does not exist just to make the Passover practices of our Ashkenazi neighbors less burdensome and expensive, and more delicious and nutritious. Kitniyot on Passover is not just food, it’s foodways. That is, the eating of kitniyot is one piece of a large and diverse culture, spanning centuries and continents, and embedded in history, memory, language, stories and other social practices.

That’s why I think the adoption of Sephardic traditions for Passover food should include some acknowledgement of actual Sephardic tradition. Perhaps any Ashkenazi Jew wishing to eat kitniyot on Passover should have to pass a basic Sephardic cultural literacy test? While Israeli Jews see the vitality of other ethnic Jewish communities every day, in the United States the experiences of Sephardic Jews are rarely taught or even acknowledged, and “Jewish” is almost always synonymous with “Ashkenazi.”

Obviously, an actual test would be impractical and silly. But I don’t think it’s silly for Ashkenazi Jews to respectfully try to learn from living American Sephardic Jews how they determine the permissibility of kitniyot on Passover.

In tracing the permissibility of kitniyot, the authors of the CJLS ruling took into account both classical sources and the perspectives of contemporary Ashkenazi Jews who seek a joyful, affordable and kosher holiday. But as far as I can see, there is no account of the local practices of Sephardic American Jews and how they approach eating kitniyot. It’s as though Sephardic experience, expertise and life ends in the 16th century with Joseph Caro and the codification of his major legal work, the Shulchan Aruch.

The CJLS released some basic guidelines in order to help members determine which foods are permitted. Of course, Sephardic Conservative Jews have been eating these foods for decades without any guidance from our rabbinate. We’ve relied on lists published by Orthodox Sephardic organizations in order to have a “kasher v’sameach” holiday, a kosher and happy Passover.

For now, let’s put aside the question of why the Conservative movement in the United States never attended to the needs of Sephardic Conservative Jews and only became interested in the kashrut of kitniyot once it was permissible for Ashkenazim. Instead, let me give an example of the practical perspective I can offer as a result of having kept abreast of the guidelines of Orthodox Sephardic communities.

An important consideration involving the consumption of rice on Passover in the United States is that not all kinds of rice are kosher for all kinds of Sephardic Jews. (And by the way, some Sephardic Jews don’t eat rice at all during the holiday.) In order to be considered kosher for Passover by most Sephardic Jews here, rice must not contain additives that may bear hametz. Brown rice is generally fine, but white rice is trickier as it is often enriched with additives, including wheat starch. The CJLS guidelines treat rice as though it is an unprocessed food, but for much of the rice on the shelves in American stores that is not true. To be kosher for Passover for many Sephardic Jews in this country, white rice without special Passover certification should be unprocessed and unenriched.

I am not a rabbi or kashrut scholar. But my point is that it’s valuable to learn about how Sephardic tradition continued to evolve and play out in the world inhabited by contemporary Sephardim. It seems that the authors of the CJLS guidelines, while purporting to follow the example set by Sephardic tradition, did not think to do that.

Finally, it’s worth mentioning that some Ashkenazi Jews might not want to eat kitniyot on Passover. They have their own rich cultural heritage, one that has been sustained for hundreds of years, and they may wish to continue the traditional practices of their ancestors. But if Ashkenazi Jews do wish to avail themselves of kitniyot, maybe they can seek to acknowledge the larger culture out of which these foodways emerged. Even better, they can appreciate the legal, artistic and philosophical — not just culinary — contributions of Sephardic Jewry to Jewish culture and to its ongoing vitality.

Otherwise, my Ashkenazi friends, the rice and lentils you’re cooking smell a little like cultural appropriation.

Arielle Levites is a doctoral candidate in education and Jewish studies at New York University, and an alumnus of the Wexner Graduate Fellowship.

When Ashkenazi Jews Eat Kitniyot on Passover, Is It Cultural Appropriation — from Sephardim?