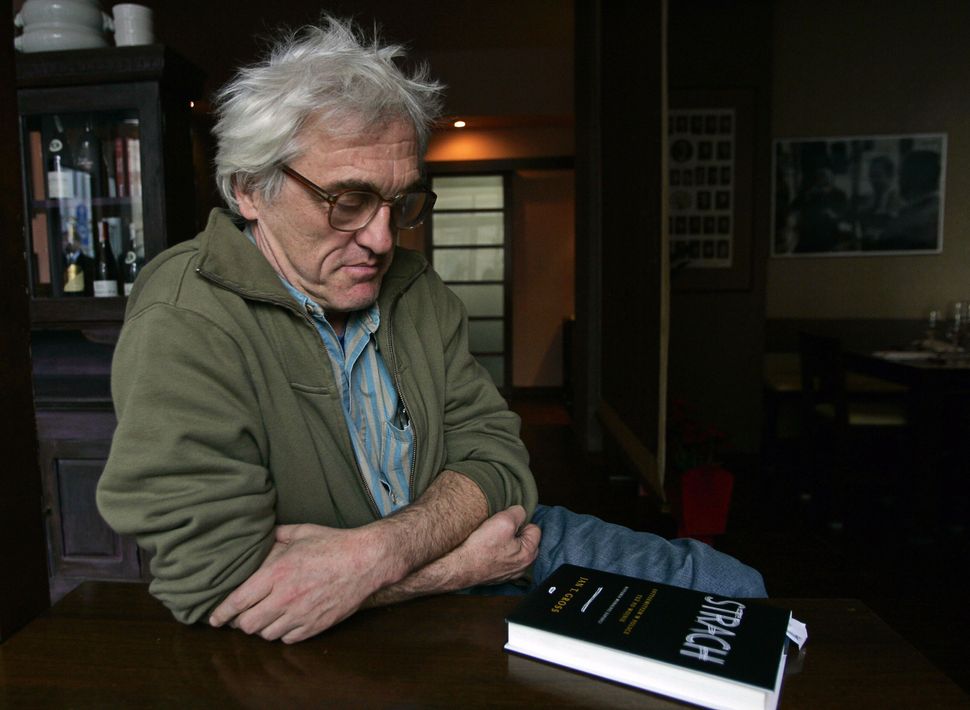 The anti-Semitic bloodbath that consumed the small Polish town of Jedwabne on July 10, 1941 might have been forgotten to history were it not for the scholarship of the Polish-American historian Jan T. Gross. Now, it would seem, Poland’s new government wishes Gross himself could be forgotten.

In his short study, “Neighbors,” published in 2001, Gross recounts how the residents of Jedwabne put the town’s entire Jewish population to death in one day. In a wild pogrom, the Jews were hunted, beaten, bloodied, tortured and stabbed. The Jews who survived this butchery were rounded up, locked inside a barn and burned to ashes. In a final twist, the owner of the barn had it rebuilt for him by the Nazis as a reward for his supposed good deed.

“Neighbors” — as well as Gross’s subsequent scholarship on World War II and its aftermath in “Fear” and “Golden Harvest” — sparked an important debate within Poland about Polish agency and complicity in the crimes of the Holocaust. Gross’s emphasis on specifically Polish anti-Jewish actions cut against the grain, upending the conventional narrative that said (and still says) that the Polish people were victims of occupation and as such could not be blamed for what happened on their soil between 1939 and 1945.

For this reason, Gross has long been controversial in Poland, though still respected. In 1996, he was awarded the Order of Merit of the Republic of Poland. But in recent months, the political climate in Poland has changed dramatically, and now Gross is subject to what is tantamount to a campaign of persecution by the Polish government, precisely for his once-fêted historical scholarship.

Last October, the Polish government opened a libel investigation against Gross, concerning his claim made the previous month in a German magazine that Poles “in fact did kill more Jews than Germans during the [Second World War].” Poland’s criminal code makes it illegal to publicly insult the Polish nation, an offense that carries a prison sentence of up to three years. President Andrzej Duda later added insult to injury by proposing to strip Gross of his Order of Merit. And on April 14, prosecutors questioned Gross for five hours about his alleged offense.

Gross is the canary in the coalmine. October 2015 saw the hard-right party Law and Justice (PiS) swept to power as the first party since the fall of communism to obtain as absolute majority in the Sejm, the lower house of parliament. Since November, Prime Minister Beata Szydło — under the influence of PiS leader Jarosław Kaczyński — has backed a program of regressive measures designed to restrain Polish democracy and concentrate authority in the party’s hands.

In what the historian Timothy Garton Ash called a “political blitzkrieg,” PiS has deliberately undermined the independence of the judiciary and media, firing managers and board members of Poland’s public broadcaster. The government is seeking to further restrict access to abortion, and has closed its doors entirely to refugees from the Middle East. After PiS was criticized by Germany, a Polish magazine published a cover showing German chancellor Angel Merkel and other European Union politicians in Nazi uniforms; the headline read, “These people want to control Poland again.” PiS is “attempting unilaterally to change the rules of the whole democratic game,” Garton Ash wrote.

In the eyes of the Polish government, Gross’s free thinking on WWII renders him an obstacle to nationalism and a danger to their campaign to destroy the very foundations of Polish democracy. Gross’s persecution is an attack on certain universal values, ones that are also written into the European Convention on Human Rights, to which Poland is a signatory: the freedom of thought, conscience and expression, and the “freedom to hold opinions and to receive and impart information and ideas without interference by public authority and regardless of frontiers.”

Gross’s treatment is also deeply worrisome since it is, essentially, a government attempt to use the law to litigate what constitutes legitimate historical inquiry — in other words, to rule on what is history. It is not for the Polish government to draw the lines of free debate and keep Jedwabne, or other examples of Polish complicity in war crimes or crimes against humanity directed at Jews, outside the boundaries of proper history merely because it does not comport with their own nationalistically and religiously infused spin on Poland’s past.

Gross was born in Poland, but he is also an American citizen, having left Poland with his family in 1969 during a campaign of state-sponsored anti-Semitism that had begun the year before. Gross is presently a professor at Princeton University. While some Polish academics have voiced statements of solidarity, more Americans need to speak out and defend Gross — as does the American government. After all, if the United States stands for anything, it is the very values of free speech and inquiry that need to be defended from the Polish government’s destructive advances.