Two Campus Tales and What They Say About American Vs. British Anti-Semitism 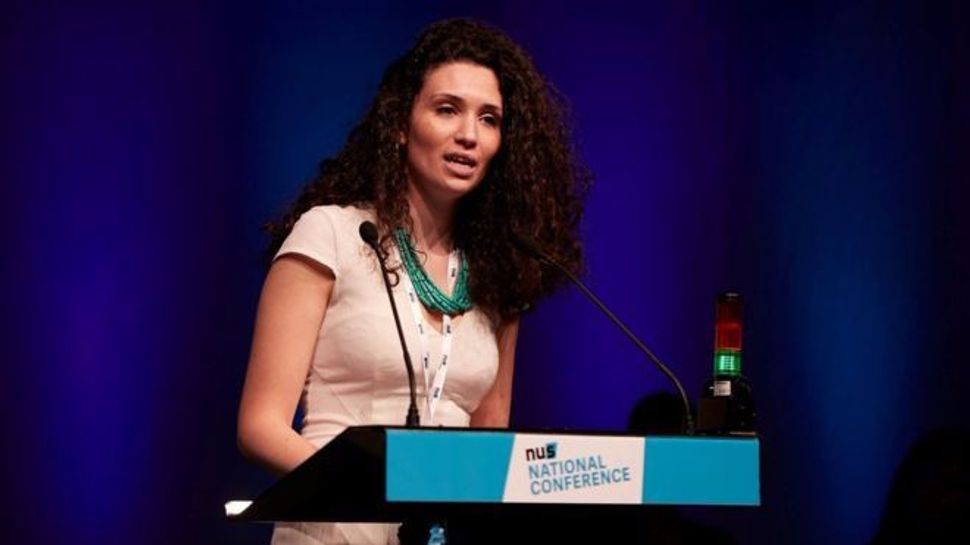 The past week has seen two disturbing pieces of campus anti-Semitism that illustrate their contexts. At Harvard on April 14, Husam El-Coolaq, a law student and member of the university’s Justice for Palestine group asked Tzipi Livni, “How is it that you are so smelly?” And in Brighton, England, at the National Union of Students annual conference, the organization elected Malia Bouattia as its first black Muslim woman president. Normally that would be a matter for celebration — except that Bouattia is accused, with significant evidence, of repeated anti-Semitic comments.

On the face of it — and there are media outlets and political organizations whose funding depends on stressing this — it seems that the college students of the English-speaking west are now embattled, surrounded by anti-Semites. But we shouldn’t take the latest media and social media flare-ups at face value. Neither of these events reflect exactly what’s going on in their respective countries, and what is happening in the U.K. is not at all analogous to what’s happening in the U.S.

First, Bouattia. Her election is indeed worrying. Her remarks about “Zionist-led media outlets” being the main reason that acts of violence are seen as “terrorism” are as obnoxious as they are wrong. That she bemoaned the large Jewish society at her own Birmingham University as a “Zionist outpost in higher education” is despicable. And, at the very least, there are the unfortunate optics of her having objected to a previous NUS motion condemning the Islamic State group and having thanked the spokesman of the NUS-banned extremist Muslim group, Muslim Public Affairs Committee, for his support.

The truth, on U.K. campuses, is more complex than a distinctly limited and hostile NUS leader. At the same annual conference that voted to elect Bouattia, the NUS passed strong resolutions to reinforce the importance of Holocaust remembrances (in response to objections by students in London in 2014 about its “colonialist” overtones) and to oppose anti-Semitism. You might cavil and say that the need for such resolutions shows there is racism on campus, but mostly it shows that the organization representing 7 million students in the U.K. knows that it needs to be firm in showing respect to students of all heritages (many campuses are considering leaving the NUS in protest).

The Harvard incident, meanwhile, is the latest of a number of incidents of anti-Semitism on American campuses. There was the Stanford University student senator who suggested that investigating Jewish control of society was a “valid discussion,” the “anti-Semitic and abhorrent” comments by Oberlin College professor Joy Karega and the half billion dollar budget fight between New York City and Governor Andrew Cuomo of New York over whether “this difficult and atrocious situation [of alleged anti-Semitism across CUNY campuses] is adequately addressed.”

Largely though, campuses — and indeed American society as a whole — have historically little anti-Semitism. Phrases about Jews controlling the media or Jews smelling get heard once because, through their general absence, students don’t recognize that, barely a generation ago, these were well-worn racial slurs. Students and professors are upset about white privilege and in America that includes the Jews. Here Jewishness barely counts as an ethnic minority. There are six official census categories, but, despite the actual small numbers of Jews (fewer by far than Asian or African Americans, on a par with Native Americans), we count as white. So we’re the establishment. And we’re to blame. Even though it’s not really us, specifically.

The vote of a tiny number of doctoral students at NYU to endorse the academic boycott of Israel and the vote of the UMass Amherst graduates to endorse BDS show a growing political gap between what the Israeli polity finds acceptable and what campuses find politically acceptable. That the Zionist Organization of America’s ferocious defense of Jewish students in New York City was immediately followed by an expensive independent inquiry only goes to show how carefully policed the line between anti-Zionism and anti-Semitism is here in America.

In the U.K., however, the political climate is not so protective. When Jeremy Corbyn took over as head of the Labour Party he had a history of embracing progressives who inconveniently denied the Holocaust and perpetuated the blood libel. Just last month the Labour Club at Oxford University disintegrated in acrimony when the co-chair and then the disabilities officer (neither Jewish) resigned over anti-Semitism in the club, the former saying that his colleagues “have some kind of problem with Jews.” This furor came just as the Labour Party itself was dealing with the anti-Semitism of two of its members (one said it was time to wrestle with the “Jewish Question” and the other referred to Hitler as a “Zionist God”).

Almost exactly 13 years ago, I published, for Zeek, an article about Europe’s “Other Red-Green Alliance.” At that time the cause was Iraq and the vehemence of the feeling about that battleground was bringing anti-war factions together despite their apparent disparities of belief. In America, where there is precious little red or green, this conjunction has enjoyed little traction. In the intervening years in Europe, though, it seems as if the alliance has cemented, and one of the collateral effects is the pervasiveness of anti-Semitic rhetoric throughout the British left.

Two Campus Tales and What They Say About American Vs. British Anti-Semitism