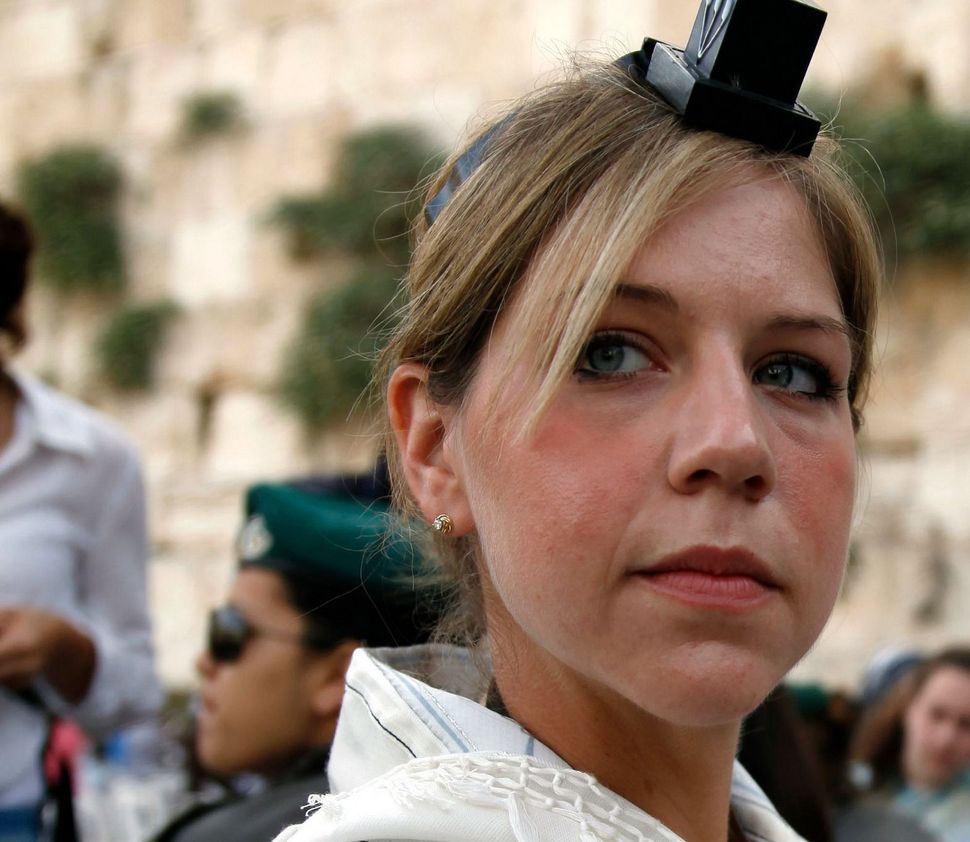 Now that the long-awaited plan to create a proper egalitarian prayer space at the Western Wall has been put on hold, again, here are five actions that American Jewish leaders can take — and one course of action that they should not, under any circumstances, follow.

This is the Israeli option. It requires believing Prime Minister Benjamin Netanyahu when he says that he will deliver on his government’s historic compromise to break the Orthodox monopoly over Judaism’s holiest site.

One reason to believe him is, that’s generally how things happen in Israeli politics: slowly, with much internecine fighting and the kind of drama ordinarily found in old-time, long-running afternoon soap operas. Just because the compromise negotiated for years with such dedication by Natan Sharansky was delayed first by 60 days, then another 21 days, doesn’t mean it’s over.

Perhaps the prime minister will make good; maybe he has to make just one more backroom deal to appease its opponents. If we’ve learned anything about Netanyahu over four terms in office, it’s that he is brilliant at last-minute maneuvers to save his political life.

The leaders of the Reform and Conservative movements, the Jewish Federations of North America and the stalwart Women of the Wall could mobilize a letter-writing campaign and other avenues to raise voices in protest. It probably won’t work, because the Ashkenazi ultra-Orthodox leadership resisting change at the Kotel doesn’t believe most of those folks are Jewish, anyhow.

Nonetheless, it may feel good to remind Israelis, again, that religious pluralism is a Jewish value, not just an American import.

Well, not just boycott — picket and protest. If egalitarian Jews just stayed away from the traditional Kotel, those in charge of its strict separation of men and women and its medieval modesty codes would probably cheer.

But what if pickets were set up at the entrances to the plaza, and protesters mounted a concerted effort to remind passersby, customers and visitors in the Old City of the blatant unfairness of the current system, in which an unelected, unrepresentative and sexist group of rabbis rule with abandon? Take a cue from striking workers. Don’t let ‘em cross the picket line.

Option 4: Alternately, perform acts of civil disobedience at the site itself.

Writing in the Los Angeles Jewish Journal, Shmuel Rosner raised this possibility after the June 1 meeting between Netanyahu and American Jewish leaders resulted in another postponement: “begin a civil resistance-style fight on the ground. That is, to send groups of progressive Jews to the Kotel to pray in mixed groups. Reform and Conservative prayers at the northern plaza of the Kotel.”

The protests will be stopped by police, of course, and the resulting mayhem will prove to be a “PR disaster for Israel,” Rosner predicts.

“It could be quite a moment for all parties involved,” he writes. “For progressive Jews, who would walk the walk in an attempt to change Israel. For Israeli Jews, who would see how important this is to their fellow Jews. For the government of Israel, which would need to decide whether it truly wants Israel to be a place where all Jews can practice Judaism. For Haredi Jews, who would understand that there are other Jews to be considered, it could be an educational drama that has the potential of changing the conversation about Jewish partnership for both U.S. Jews and Israeli Jews.”

Option 5: Forget changing the Kotel, and work to persuade Israel to end its occupation of Palestinian lands.

Compared to a half-century of occupation, is worship around a bunch of ancient stones really that important?

Finally, what not to do: Compromise any further.

The agreement that the Netanyahu government announced and approved but still hasn’t implemented was already a compromise of a compromise. It establishes a separate, and not quite equal, space for egalitarian prayer further away from what is considered the most sacred part of the Western Wall, and thereby codifying and solidifying the ultra-Orthodox hegemony over that space.

But the plan had two important features: A broad plaza with entrances to both prayer spaces, giving the visitor the choice of worshipping in the Orthodox synagogue or the egalitarian one. And a new administrative committee with representatives of the Reform and Conservative movements, and Women of the Wall.

We’re told that the ultra-Orthodox opposition wants to scrap both these features for the very reason that they are to be welcomed. They create a practical and symbolic acknowledgement that there is more than one way to practice Judaism in the State of Israel. They fulfill the promise of pluralism — not to denigrate one stream, but to include more.

Negotiate on these points, and the opportunity for equality and fairness will be lost. American Jewish leaders, allied with the dedicated feminists in Israel who have championed this cause for so long, need to be able to walk away if this pledge of concrete legitimacy is not forthcoming. If Netanyahu breaks his word, they need to leave the table to find other ways to promote religious pluralism and human rights. And we need to support them.