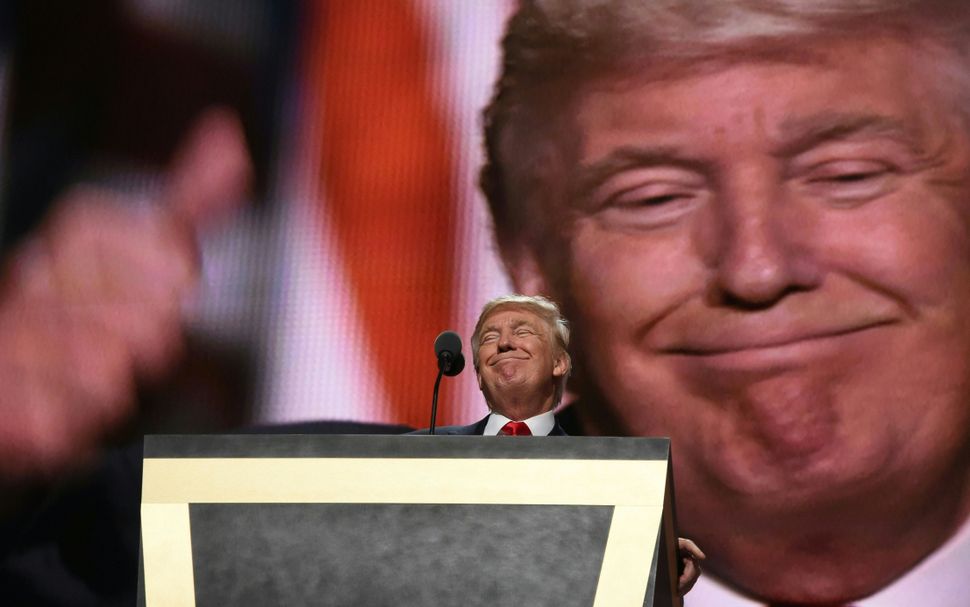 I do not recognize the America that Donald Trump described last night in his endless speech accepting the Republican nomination for President.

I expect the nominee of the party out of power to rail about what’s gone wrong in the four or eight years of the incumbent administration — our system is set up as a binary choice at the top, and invites stark and dramatic comparisons. But the overwhelming negativity of Trump’s hour and 15 minute tirade seemed to depress even him. Smiles were rare. Joy was completely absent.

According to this bleak picture, our nation is overrun by illegal immigrants who steal jobs, menace peaceful communities, ruin our schools and murder innocent children. Law and order has gone the way of the rotary phone, while police officers are being killed at a new and alarming rate. Plain talk has been obliterated by extreme political correctness and a little-known regulation from the 1960s. American foreign policy has created a global situation “worse than it’s ever been before.” We are overtaxed and under protected. All is death, destruction, terrorism and weakness.

I almost thought he was reading from the Book of Lamentations.

I’m sure that we can scour the acceptance speeches of other candidates and find words and images nearly as dour. (Cue Richard Nixon.) But what was missing from Trump’s speech last night was anything remotely uplifting and elevating, anything calling upon our better selves. I was no fan of Ronald Reagan in 1980, but a look back at is a study in contrasts. The economy then was in far worse shape than it is now, while the Soviet Union posed a direct threat to American interests. Still, Reagan talked about the voluntary spirit, about a quest for world peace, about recapturing our destiny… I could go on.

Last night, it felt as though that lofty image of what Reagan would later call an America that served as a “shining city on a hill” had been replaced by miles and miles of scorched earth.

Great leaders lift our eyes. Trump yelled at us to only look down.

And behind. And all around us, since illegal immigrants and horrible terrorists are lurking at the next corner to do us in.

We have become accustomed to Trump’s unabashed refusal to recognize facts. (Because crime, actually, is down; the number of police officers murdered is lower than before Reagan’s time; our taxes are not the highest in the world, but the third lowest among 35 developed nations; Syrian refugees aren’t flooding our shores and actually have to go through a 21-step process to be allowed into the country, and so on. Oh, and it’s not World War III.) But that’s not what I found truly dangerous.

On display last night was a man who believes that he alone is the answer to everything.

“No one knows the system better than me… and I alone can fix it.”

“I will restore law and order to our country.”

“I am going to bring back jobs.”

The Jew in me has an ingrained wariness of purported leaders who intend to govern in the first person singular. From Pharaoh on down, such messianic impulses generally don’t turn out well for us.

There was not a moment’s acknowledgement last night that America is not a construction site with a billionaire in a hard hat calling the shots, but a messy, complicated, glorious republic that requires compromise and collaboration to govern. In the absence of any specific policies — and there were virtually none mentioned last night — all Trump promises is that he will take care of it all. “Believe me.”

We must all be wary of such promises, for they negate the very core of what has fueled the American experiment for centuries. Haltingly and often too slowly, political power has increasingly been shared in this country, not consolidated. We are all supposed to be owners; we don’t just serve the boss.