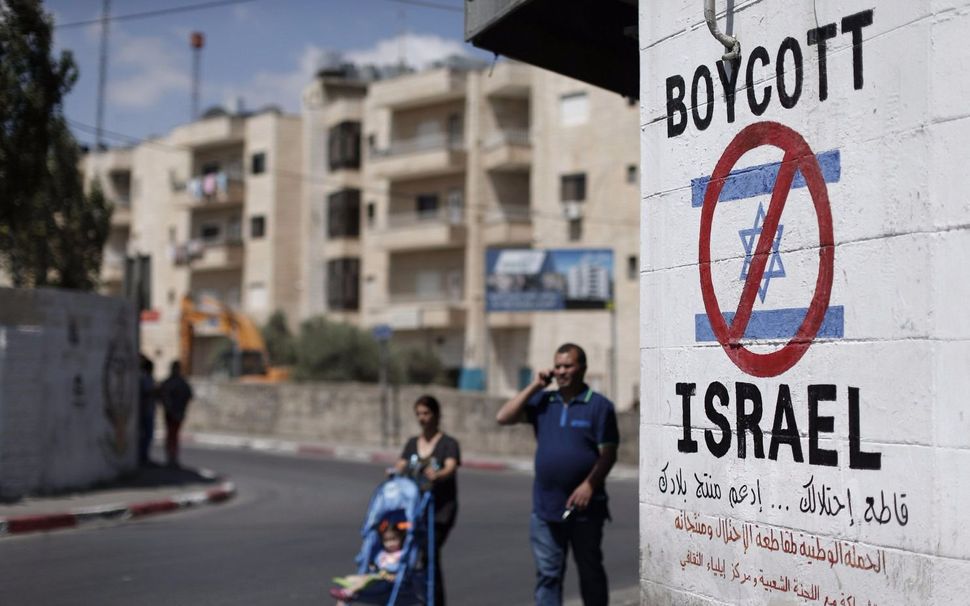 Within the Jewish community, there are people (albeit a minority) who genuinely believe that all criticism of Israel is rooted in anti-Semitism. They are wrong. But so too is the inversion of their position, as exemplified in a recent Forward column by Mira Sucharov, which shows the author’s apparent unwillingness to recognize any anti-Semitism within the ranks of the BDS movement. Her column reminded me that, when we rightly oppose something, it is all too easy to become a mirror image of the very thing we oppose.

Writing about the Canadian Green Party’s decision to endorse select BDS measures against Israel, Sucharov cavalierly claims that the Centre for Israel and Jewish Affairs responded by “offering the tired and unsubstantiated claim that the ‘core of the BDS movement is anti-Semitic.’”

Full disclosure: I have volunteered with CIJA, which is the advocacy arm of Canada’s Jewish Federations. Despite any involvement I may have, I was surprised to see Sucharov reject CIJA’s position with such categorical flippancy, particularly given CIJA’s relatively moderate position on the issues. CIJA openly supports the two-state solution and engages politicians across the spectrum, including those who criticize Israeli policies, like the NDP (Canada’s social democratic party).

CIJA positions itself in the political center of the Canadian Jewish community, and its position on BDS reflects where most Canadian Jews are at on the issue. Sucharov seems an outlier compared to the vast majority of Jews I know (religious, secular, liberal, conservative) who would view BDS as tainted by anti-Semitism, despite the movement’s predictable use of human rights catchphrases.

Now, reading Sucharov’s comments with the above in mind, I came to a realization: Her view seems confined to the most palatable face of BDS — the Peter Beinarts of the world — and ignores the well-documented behavior of those in the movement who have a less-than-healthy attitude toward Jews.

Is Sucharov not aware that the Green Party was forced, just weeks before the BDS vote, to distance itself from former candidate Monika Schaefer, who declared that the Holocaust was the “most persistent lie in history”? While Schaefer did not author the Green Party’s BDS resolution, she was among those who openly attacked party president Paul Estrin as a “Zionist shill” simply because he expressed concern for the welfare of Israelis during Operation Protective Edge. Estrin recently wrote that anti-Semitism within the party is threatening its very existence.

Does she forget how the Free Gaza Movement, in a deeply embarrassing faux pas on the part of its founder, Greta Berlin, tweeted that “Zionists operated the concentration camps and helped murder millions of innocent Jews”? Even if one accepts Berlin’s apology that she “just sent it forward without looking at it,” does it not bother Sucharov that this is the type of material that makes its rounds among BDS proponents?

Or for that matter, has she not heard BDS founding father Omar Barghouti’s clear admission that the destruction of Israel would be the direct outcome of a stated goal of the BDS movement, the Palestinian “right of return”? “If the refugees were to return you cannot have a two-state solution…you will have a Palestine next to a Palestine rather than a Palestine next to Israel.”

Barghouti recognizes Palestinian national rights but offers no such recognition to the Jews, who have a proven 3,000+ year link to the land of Israel and the Palestinian territories. This zero-sum approach is inherently unjust — and we’re talking about a founder of the BDS movement here.

And yet, Sucharov seems to give BDS activists every benefit of the doubt while refusing the same for the Jewish community and its representatives. She suggests Israel’s supporters are opponents of free speech and have effectively invited BDS activists to target Israel (“If you ask me, part of today’s BDS clarion call is a reaction to attempts to squelch debate around Israel,” she writes). But she ignores the fact that this cuts both ways.

BDSers are notorious for silencing pro-Israel speakers, organizing walkouts, drowning out audiences and lobbying universities, including many in Canada, to prevent speakers from lecturing. BDS activists even attempt to block Israelis from entering countries (as in the U.K., where BDSers called for the arrest of visiting IDF officers and politicians). 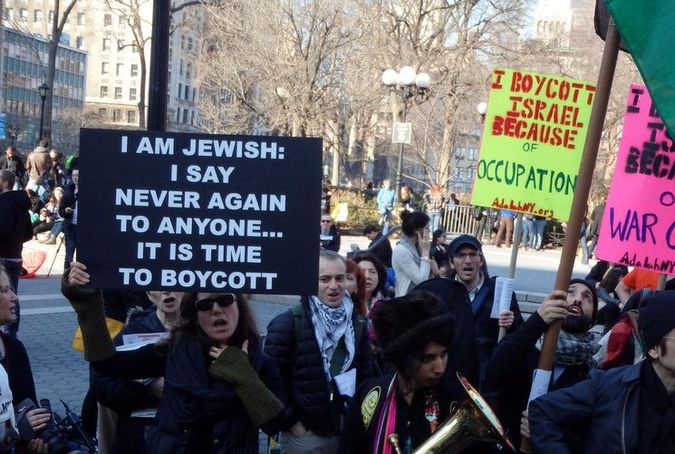 But despite all of this, Sucharov seems to evaluate BDS as a hermetically-sealed academic argument, each point of which rests on its own merits — regardless of the totality of the cause, its stated goal and the toxic behaviour of its advocates. For example, she says it’s legitimate that activists’ focus is selective, thereby dismissing any suggestion that it might be bigoted to hold the Jewish state to a uniquely high — perhaps impossible — standard.

For that matter, Sucharov seems to have skirted the issue of the intellectual and moral bankruptcy of efforts to seek Israel’s termination, which Barghouti admits is intrinsic to a central goal of BDS. Unless one calls for the equal elimination of all nation-states, it is clearly a form of anti-Semitism — even if not so intended — to seek the unique destruction of the Jewish nation-state.

To view BDS solely as an idea on paper is to fail to see that BDS, as a self-proclaimed movement, also includes the people and organizations that advocate for it. Whatever intellectual legitimacy people allow BDS, they cannot avoid the fact that the movement encompasses the likes of Monika Schaefer, Greta Berlin and many others whose choice of language reveals enmity toward Jews.

More than anything, I ask that people take a look at BDS beyond the progressive sites and academic journals. Look at the activists, listen to their rhetoric and take them at their word. If you don’t see some anti-Semitism, you are as blinded as the people who only see anti-Semitism.

Adam Hummel is a lawyer in Toronto, and an active member in Toronto’s Jewish community, which includes volunteering with the Centre for Israel and Jewish Affairs.