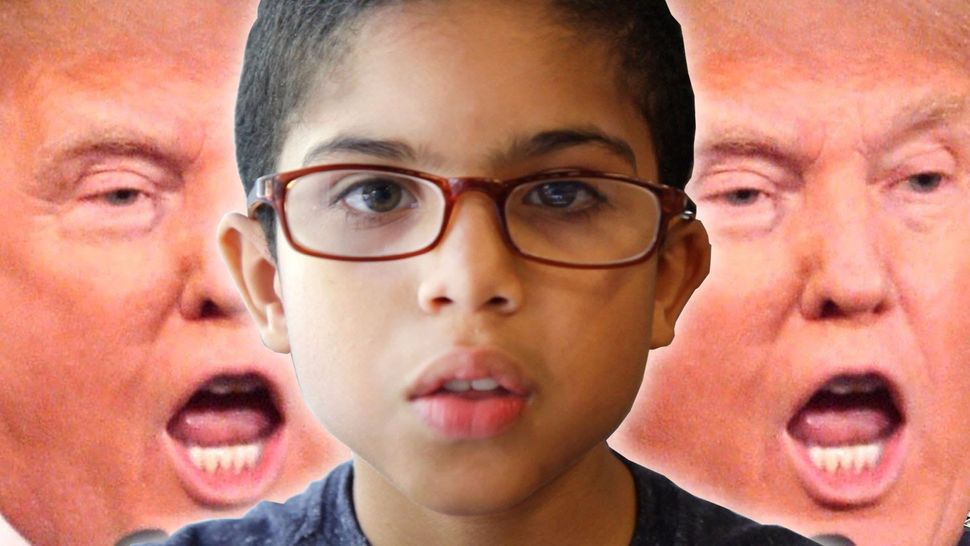 I was in the middle of teaching a Hebrew School class at a synagogue in Vancouver when one of my 8-year-old students began chanting the following piece of doggerel:

The rest of the students, who knew this rhyming song already, quickly joined in, singing with glee.

For the rest of the class, the kids kept interrupting my lesson with jokes about Donald Trump, whom they clearly see as the epitome of every possible adult stupidity.

The kids’ views reflect the opinions of the Jewish community at large. A recent poll found that in Florida, 68% of American Jews favor Hillary Clinton, and only 19% favor Trump (which is 3% more than the surprising 16% of Hispanics who do). In this poll, the only Jewish group favorable to Trump is the Orthodox camp. It is painfully ironic that the most visible of all Jews — and therefore perhaps the most likely to be the victims of anti-Semitic attacks — are supporting a demagogue with arguably fascist tendencies.

It does disturb me that a segment of the Jewish population that claims to study Torah all day has not noticed that Trump’s platform contradicts Torah values at almost every point, and I don’t really know how to account for this. It is eerily reminiscent of evangelical Christians, who overwhelmingly support Trump despite his flagrant contradiction of Jesus’ ethics (not to mention his obvious lying about belonging to their religion to get their votes).

Outside of the Orthodox camp, denigration of Trump’s ethics is widespread. A recent example of this is Chancellor Arnold Eisen of the Jewish Theological Seminary’s piece in Time Magazine, where he calls out Trump’s ethical values as the opposite of those of the Torah, and paints him as a “bully.”

Trump himself has strong Jewish ties, of course, his daughter Ivanka having converted to Judaism when she married Jared Kushner. None of that has stopped him from using anti-Semitic tropes on Twitter, retweeting white supremacists or cozying up to the Jew-hating “alt-right,” any more than being Tiffany’s father stopped him from speculating about her future breast size when she was just one year old. Jewish journalists who criticize Trump, myself included, have found themselves deluged with anti-Semitic hate mail from Trump supporters, some of it so graphic that it led one writer to buy a gun.

I am not a fan of dehumanizing politicians, no matter how vile their words of policies are. When naked Trump statues began appearing outdoors some weeks ago, I actually found them offensive. I am also sure that the anti-Trump doggerel I heard my Hebrew school students singing was not inspired by their own independent investigations of world media, but rather by what they hear from their parents.

I shushed them and told them that we should not be mean — not even about Mr. Trump. But I would be lying if I said that I wasn’t just a little bit pleased to hear Jewish children fearlessly mocking the mega-bully with their schoolyard doggerel.

Matthew Gindin is a freelance writer, journalist and lecturer located in Vancouver, BC. He has been published in the Forward, Tikkun, All That Is Interesting, and elsewhere, and regularly writes for the Jewish Independent. He can be found on Medium and Twitter, and blogs at “Seeking Her Voice”.