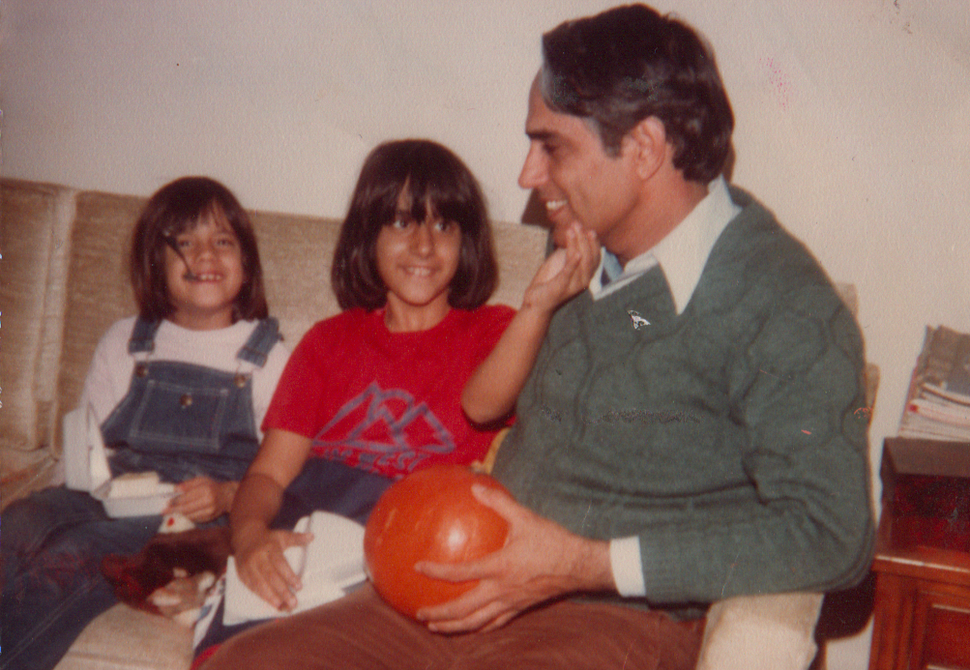 It’s that time of year again, when the annual High Holidays packet arrives in the mail. I’ve never been one to pore over the contents, but seven months after my father’s passing, this time it feels different.

It’s not so much the holiday’s reflections on “who shall live and who shall die” that resonate so deeply this year. It’s the knowledge that this is also a “day of remembrance,” as it says in the liturgy, culminating in the first Yizkor service of the year, with its invocation of the deceased parent’s memory.

In reflecting on my own father, who was born and raised a Hindu in a village in India, even my Jewish mother would be the first to admit: If it weren’t for him, I never would have learned about Judaism in the first place — or cared, all these years later, about the contents of a synagogue mailer.

In that spirit, I’m not sparing any expense this year, not with the prayer book dedication or the 5777 memorial book. Good to go, on both counts.

But when it comes to filling out the form for a yahrzeit plaque, it’s not just an English name that’s required. More like a megillah.

And it’s all followed by the penultimate question: “Was father a Kohen… Levi… Yisrael. Please check one.” One? More like none. 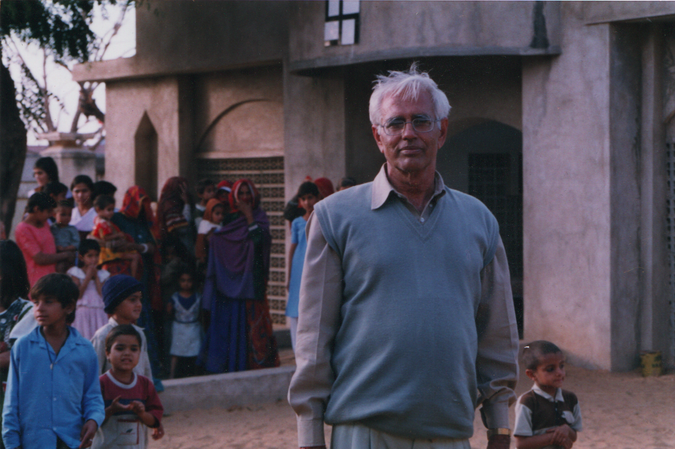 I’m not the first person to struggle to categorize my father.

One day, in the early 1980s, he walked into the offices of a Jewish day school in Richmond, Va., and asked to speak with the principal.

When Beverly Maurer took her first look at him, she wasn’t sure what to think. This wasn’t your typical parent profile, she recalled years later, when I asked about that initial meeting.

In the years following Rudlin Torah Academy’s founding, in 1966, the school had come to see a steady growth in enrollment among white, marginally Jewish kids whose parents were more than a little anxious as school desegregation gained ground in Virginia’s capital city.

Now, a brown-skinned man with a faint Indian accent was sitting opposite the principal, saying that his name was “Singh” — and that he wanted his two young children to have a Jewish education.

Plenty of kids came from mixed marriages, sure, but it was usually the Jewish parent who wanted their child to learn the basics of Hebrew and the holidays.

My mother didn’t exactly fit that bill. What she knew of Judaism largely amounted to Jewish sorrow, with a childhood spent living in the shadow of a mother who never recovered from the loss of her family in the Holocaust.

If my mother was just as happy to forget where she came from, she failed to do so in marrying my father. He believed that where you came from mattered, and when the epic TV miniseries “Roots” premiered, he made my older sister sit through every minute of it.

After nearly a decade together, my parents divorced. Unsure just which heritage to leave to my sister and me, he made the case for us in the principal’s office that day.

The sales pitch was accompanied by some vague details: He didn’t want to talk about our mother, other than to say she was Jewish, a fact he was hoping would secure our place before the school’s Orthodox board of admissions. He wisely omitted that she had previously taken us to Utah to live among Mormons. He listed an apartment for his residence, while most parents listed a private home in the city’s West End. He finished his pitch with a hint that financial aid would be needed.

“It was odd,” said Maurer, “but he had a sincerity about him — a convincing sincerity. That’s why I took it to the next level.”

That next level didn’t result only in my sister and me attending a Jewish day school; we would also go on to attend Jewish high schools, as well as a year in Israel, like so many American Jewish kids.

That early education also laid the groundwork for us to eventually understand Judaism in a traditional Modern Orthodox kind of way — but not without a hiatus: At one point my father took my sister and me to India so we could meet his ailing mother. Our mother didn’t know about the trip. She eventually got us back and reenrolled us in the same Jewish day school, picking up where our father had left off.

In the years ahead, I would learn about Jewish traditions but never feel fully a part of them. Every day began with the morning recitation in class of the birchas hashachar and its thanks for “not having made me a Gentile.”

Extolling the virtues of monotheism was also big. One day the fourth-grade Hebrew teacher, Mrs. Cantor, divided our class into two groups: Half the kids would be Jewish, she said, the other half Hindu.

Feeling alienated and not knowing how to express it, I stood up and threw a balled-up piece of paper into the trashcan by the door. Mrs. Cantor simply said, “Sit down.”

Such moments served as a reminder of the imperfect parent who had started me on this course but wasn’t there to see it through.

As a young adult, however, I would later visit my dad in India. Among the things I wanted to ask him was why he had made the pitch, all those years ago, for us to go to a Jewish school in the first place.

He was clearly proud of himself. “I did that!” he said, his chin held high. He soon added, with a not-so-subtle hint of irony, “I was more Jewish than anyone in that family.”

As I would come to learn, he had long been fascinated by Jews, and particularly by Israel.

Growing up, he had heard of the young new country — born within a year of his own nation’s independence (and his birth) — and felt a kinship with it. Newspaper reports of the country piqued his interest. That was especially true the year Moshe Dayan came to India but, as the Indian newspapers of the day reported, failed to receive a state visit.

“I felt bad,” my father recalled of a time when India, showing solidarity with Arab states, had no diplomatic ties with Israel.

He nonetheless got the idea to study in Israel. It was only when his first choice of school (Tel Aviv University) fell through that he settled on his second option, in a part of the United States that wouldn’t be too cold. There, in Florida, he met my mother. 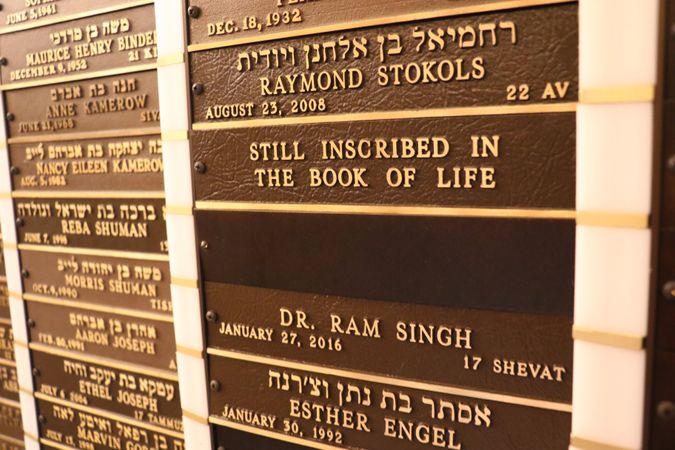 In his old age, my father would wax poetic about life, while sitting beneath the shade of his village home’s tree, sipping chai.

“One being is not important to this world,” he said, in his occasionally hokey way of talking, “but one being can change this world.”

In his case, he may not have changed the world, but he left his mark on a few generations.

Today my sister’s three children have gone on to attend the very same Jewish day school that our father sought out for us all those years ago.

My own life has in no small way been influenced by the education I received back in the day. The modeh ani prayer crosses my mind each morning, and the capstone of my week is Shabbat dinner with my family. I take the best of what I learned long ago and make it part of my own Jewish life today.

This year, that includes ordering a yahrzeit plaque.

My father wasn’t a Kohen, Levi or Yisrael, but he was the man who helped make me the person of Jewish heritage I am today. And this year, on the High Holidays, as I gaze at the illuminated light next to the plaque etched in his memory, that will be good enough for me.

Lisa Singh is a writer and editor in the Washington, D.C., area.