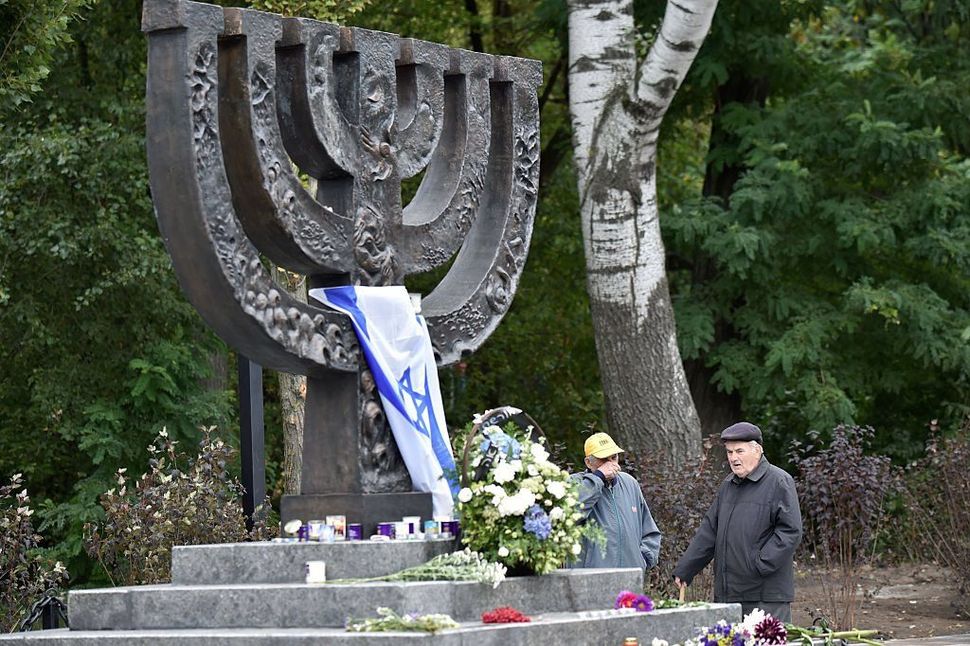 Today marks the 75th anniversary of the Babi Yar massacre, widely considered one of the worst atrocities committed during the Holocaust. Between September 29 and September 30, 1941, SS officers murdered 33,771 Jewish civilians by gunfire at Babi Yar, a ravine located in the outskirts of the Ukrainian capital of Kiev. Those who were not killed were buried alive along with the deceased.

The Babi Yar Massacre was the largest mass killing for which Germany was responsible up to that point in World War II; it remains the largest mass killing the Nazis perpetrated in the Soviet Union, and was conducted with the aid of Ukrainian locals. It represents not just a low point in Ukrainian history, but also the overt brutality and depravity that the German regime and their local collaborators often showed. Many claim that the Holocaust was a form of modern, technological killing, but the truth is that a very large number of Holocaust victims died similarly to those in Babi Yar.

Events commemorating the atrocities at Babi Yar are taking place across the world, including in Kiev itself. However, this commemoration comes at a time when the European Union, the entity that has kept Western and Central European powers at peace for almost three quarters of a century, is under threat of dissolution as forms of racist, nationalist and illiberal populism — which are not immune from anti-Semitism — have galloped across Europe.

There is an exception to this trend: the nation of Ukraine, which aspires to the values on which the E.U. was built, despite not being an E.U. member state. The spirit of that transformation started during the Euromaidan — the Revolution of Dignity — in 2013, and, despite existential and internal threats, has remarkably continued to this day.

Ukraine, the nation in which the Babi Yar Massacre took place, now has a Jewish prime minister, Volodymyr Groysman, which might be understood as a testament to Ukrainian progress. More impressive still is what the prime minister has actually been able to accomplish since taking office. This includes the successful implementation of civil service reforms, enhanced regulation in the energy industry and the creation of a massive decentralization plan. His government is also determined to root out corruption across the public and private sectors, overhaul the judicial system and strengthen the police force on a national level.

The spirit behind these changes is very much in line with the values that undergird the E.U. They were embraced in the forging of a more perfect European Union rather than the continuation of centuries of bloodshed and war. The Ukrainian people, to their great credit, seek to align themselves with these fundamental values.

Ukraine is on the front lines of a battle to sustain open societies, at a time when such societies face extraordinary challenges. On the 75th anniversary of Babi Yar, we should reflect on the horror of those events, but we must also observe the beacon of hope that Ukraine is today. European leaders have not gone far enough to commend Ukraine’s resilience and determination to be of service to the larger European project. Ukraine may indeed be a necessary condition to revive the fortunes of a worn down E.U.

Beyond Europe, it is the duty of democratic nations to support Ukraine in its drive to free itself from the yoke of authoritarianism and corruption. If we fail to support the Ukrainian people in its efforts, we run the risk that similar atrocities will plague the country in its future.

Alex Soros is a Global Board Member of the Open Society Foundations, the founder of the Alexander Soros Foundation, and a Ph.D. candidate in European History at UC Berkeley.